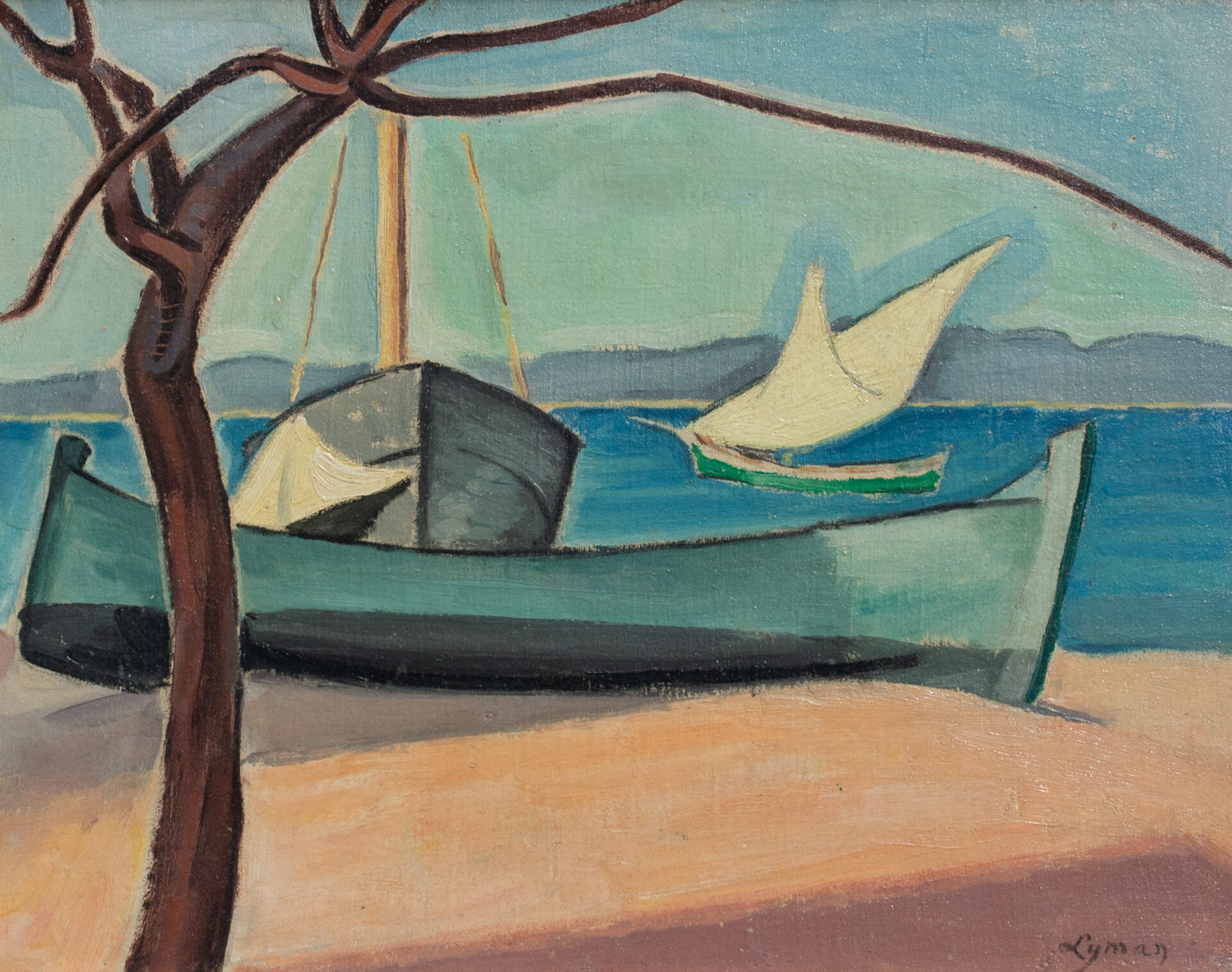 In 1907 John Lyman saw the exhibition Some French Impressionists, at the Art Association of Montreal. He was struck by the “extraordinary quality of light” [1] in the works, and would later cite this experience as the reason he became a painter. He had already been to Paris, visiting with his father at the age of fourteen, and returned again the year after seeing the aforementioned show. On that second trip in 1908, Lyman’s father arranged for him to study art with the symbolist painter Pierre Marcel-Béronneau, a rather bold move, as John was only nineteen, but indicative of the father’s support for his son’s intended career. Lyman studied in many places in Europe, and attended a variety of exhibitions, but upon seeing Autumn Landscape: Forest of Fontainebleau (now in a private collection) by painter Henri Matisse, he was again struck, and sought out the painter in order to study with him. “Its summary intensity haunted my dreams”[2] he would later say, and he enrolled at the Académie Matisse in April of 1910. While the influence of Matisse’s art was profound, shaping Lyman’s approach to colour and light, and in particular to composition, Matisse himself failed to impress, and Lyman only studied with him for two months. It seems other students were also unsatisfied, as the Académie Matisse closed after only four years of operation. But like Matisse and other artists of the French avant-garde, Lyman would continue, throughout his career, to seek out landscapes that were bathed in light, and where the lifestyles of that landscape’s inhabitants were free of restraint and constraint as a result of conservatism and climate.

This work comes from 1921, when Lyman visited Trinidad, and may depict a scene there. He also purchased a villa in southeastern France that summer, so that exact setting of this work is uncertain. What we are certain of is that it depicts a Lateen, the triangular, Latin-rig sailboat that was the traditional craft of the Mediterranean Sea.