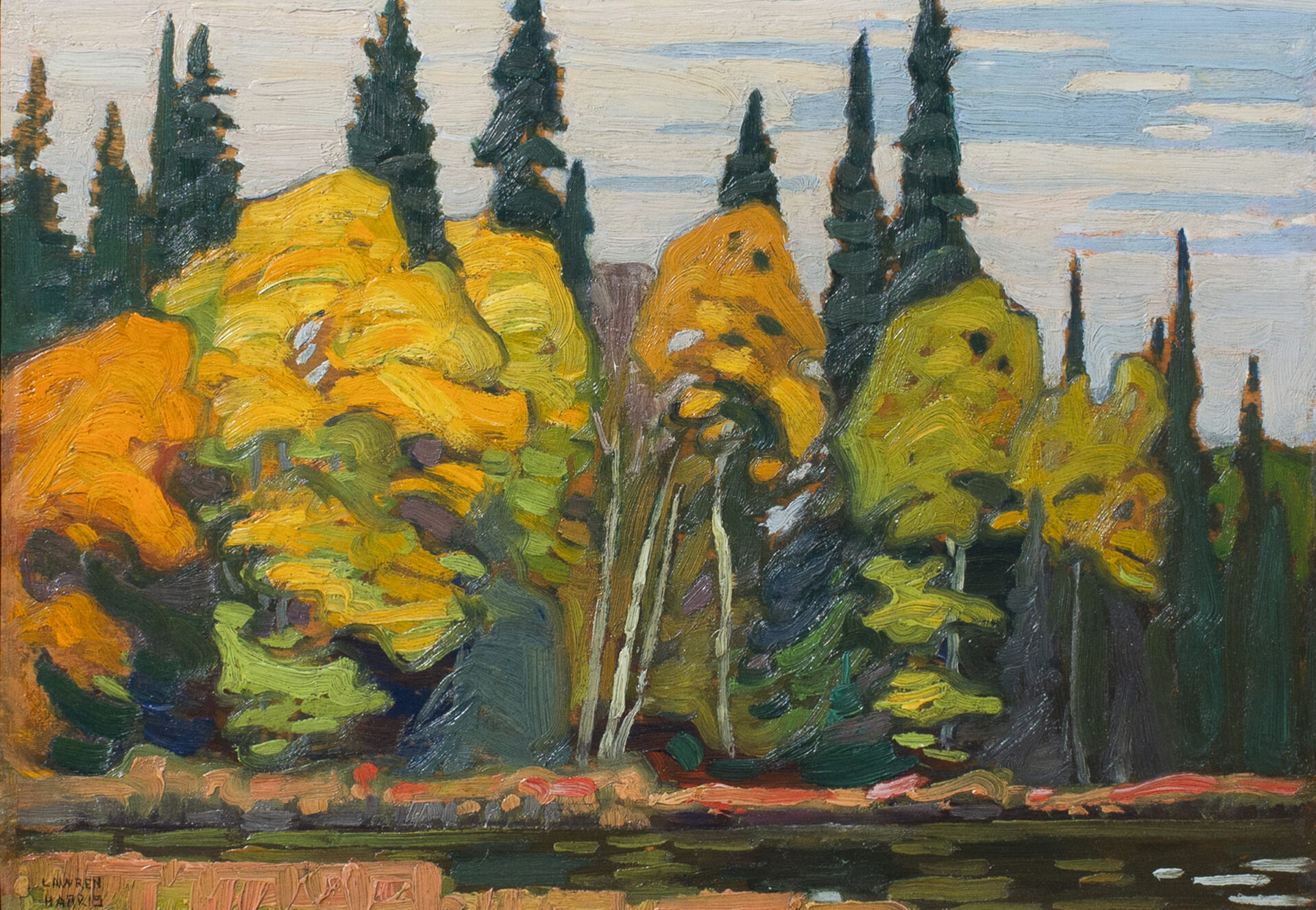 By the fall of 1920, the members of the Group of Seven had their first exhibition under their belts, an early May show in Toronto that “was a statement about both their somewhat tempestuous
history and their current activities and goals.”1 They had staked their claim and stood their ground through criticism, and had deepened their commitment to their cause, encouraged by the accolades of their supporters. The fall sketching trips that year came on the heels of not only the Group’s first show in Toronto, but the formation of the Beaver Hall Group in Montreal. The Beaver Hall artists took courage from the Group’s show and organized themselves very quickly, forming later that same month and exhibiting for the first time the following January. Things were happening in art in Canada, it was a heady time.

Harris’ work at this point still shows lingering hints of his impressionist works, which we can see here in the shoreline and water, but the characteristically smooth, liquid brushwork of his
Group period shows in the trees. The typically dark water – be it river or lake – is still, reflecting the changing colours in the foliage of the shoreline trees. The stand of towering evergreens behind act as a backdrop, giving depth and structure to the scene against a soaring sky. It is finely and consistently handled, with the pale, apricot orange of shoreline foliage brightening and adding sparkle at the edges of the inky water 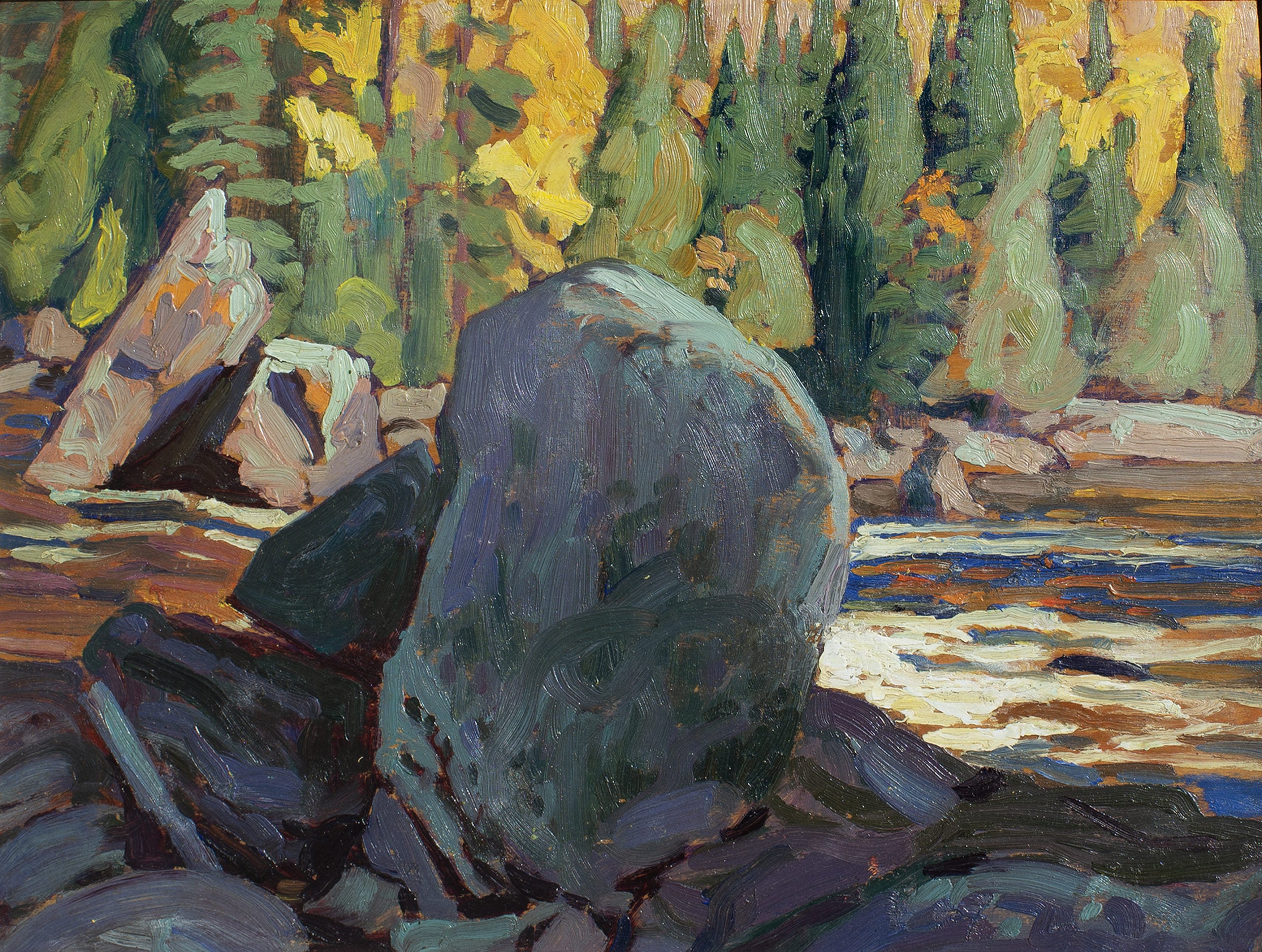 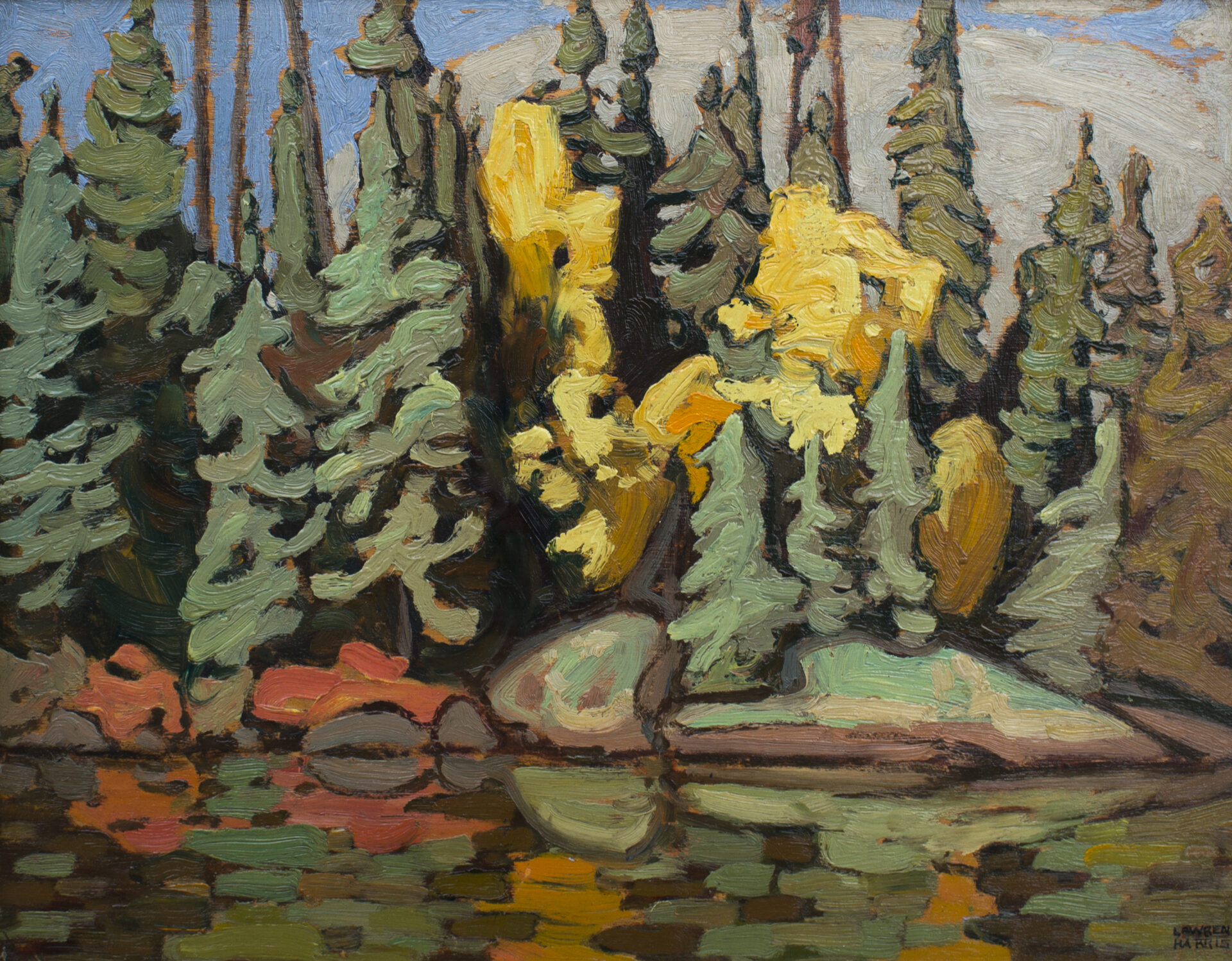