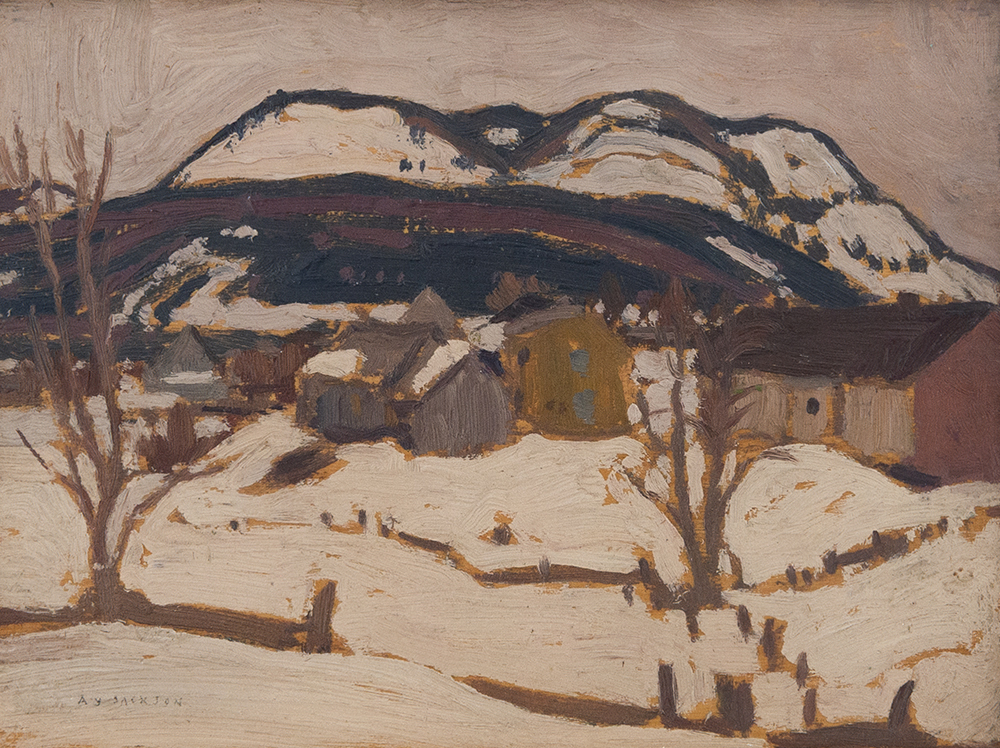 Baie St. Paul would become a recurring and important sketching place for the A.Y Jackson, who in 1923, visited the area with Edwin Holgate. On this trip, he wrote a letter to friend of the Group of Seven Fred B. Housser about the village: “there is a good deal of primitive here yet, thatched barns and many timber houses and a few old stone ones. It is a very beautiful place, almost too much for painting. The ready-made composition has to be avoided.” (1)

The panel Baie St. Paul originally comes from the collection of Anne Savage, and bears her inscription to verso. Savage and Jackson had an important friendship that began when they met in 1919, shortly before Jackson’s first trips to Baie St. Paul. They started corresponding regularly in the mid 1920s, and shared feedback on each other’s paintings, discussed art in general, and shared updated on their lives. At two points during their long friendship, one or the other proposed that they might share a life together (2), though it evidently never worked out. Ultimately, the two remained important friends in a mutually supportive relationship that endured many decades. 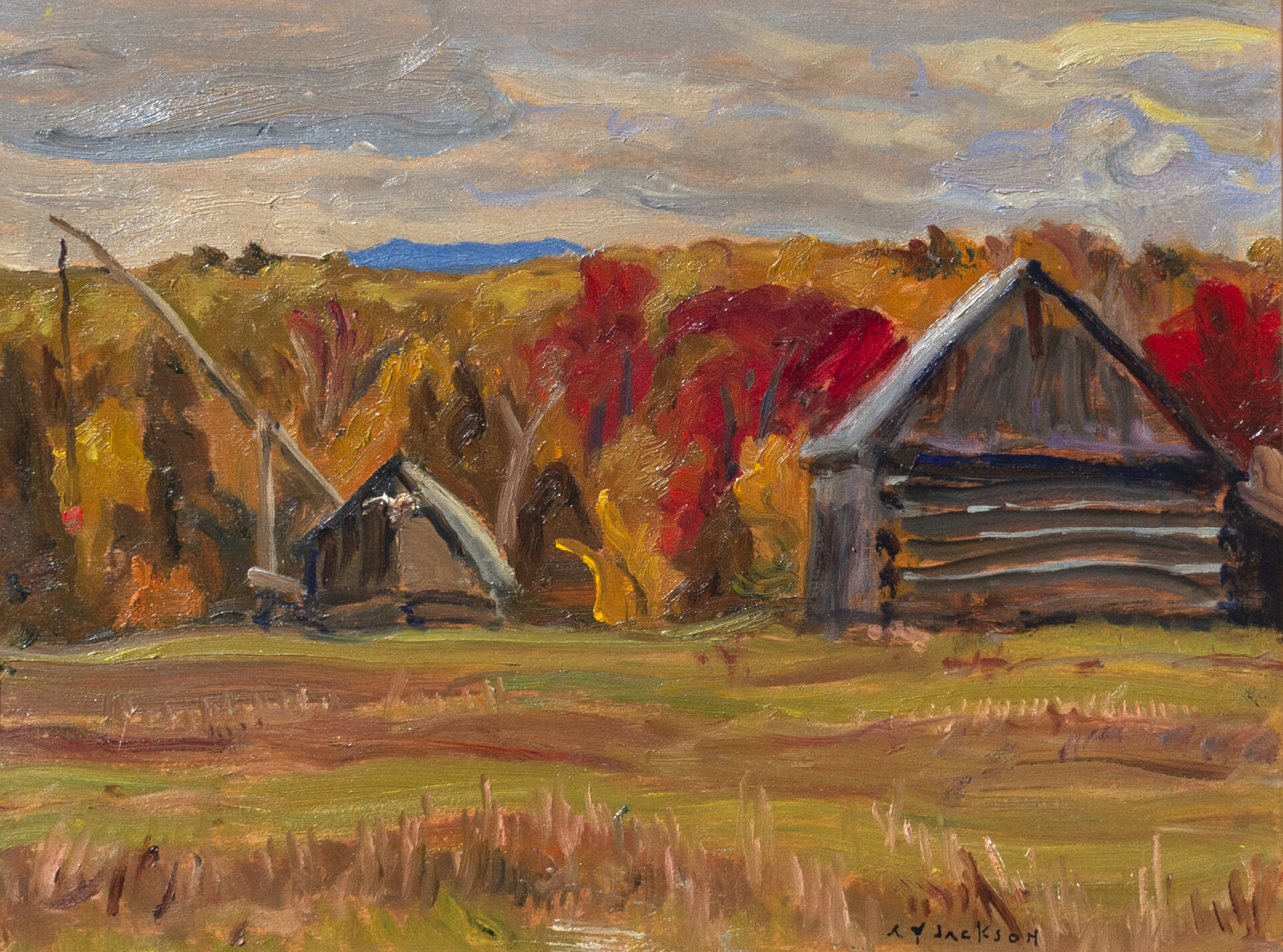