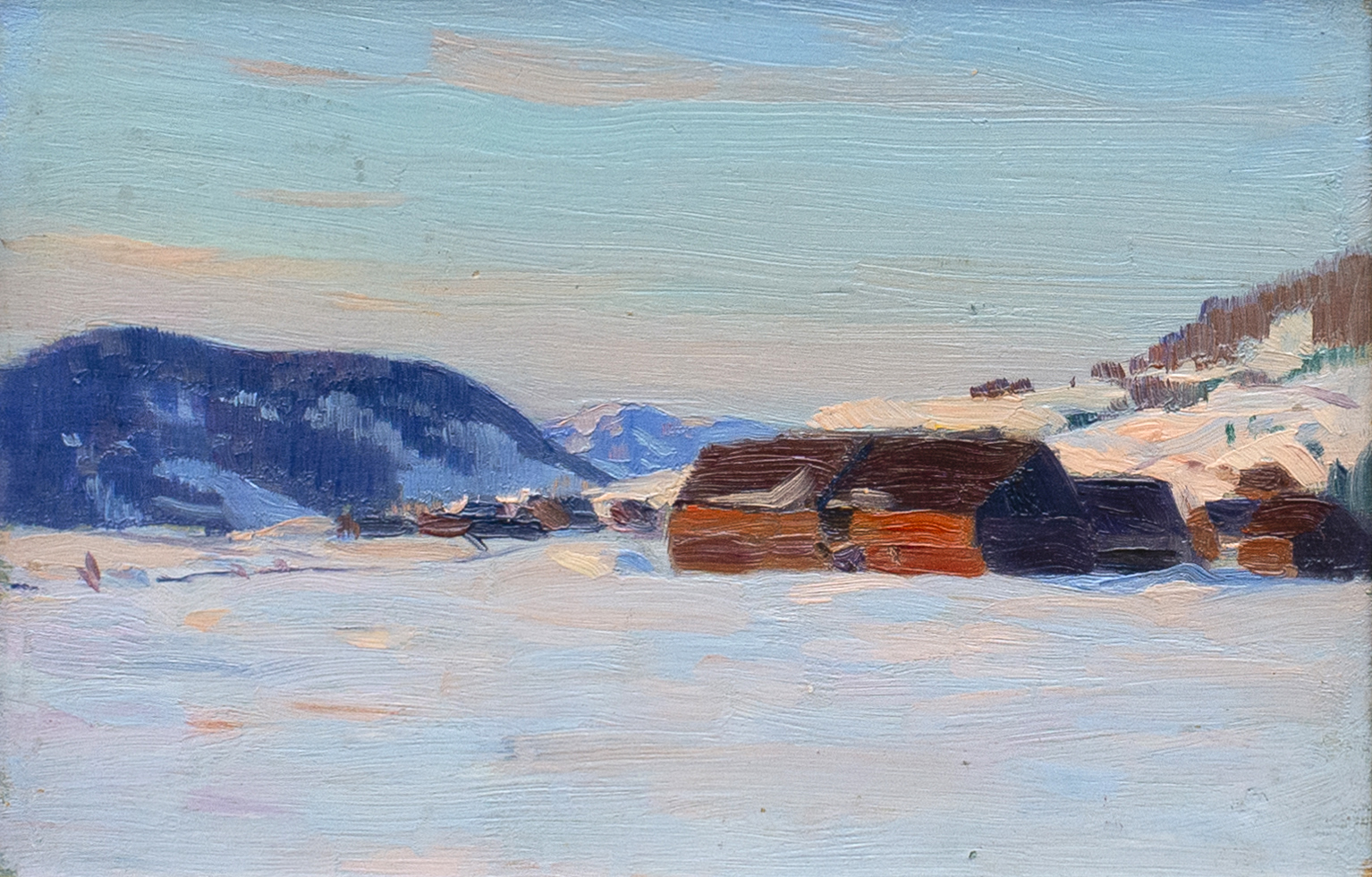 Certified by Lucile Rodier Gagnon Inventory no. 395 on label to verso

In the spring of 1914, with the threat of war looming in Europe, Clarence Gagnon was facing hard times in Paris. Despite critical success at his March Reitlinger Gallery show Les peinters de niege (Snow Painters), he had not sold many works. When war broke out in July, he was forced to return home to Canada, leaving his printing press and etching materials behind. He settled back in Baie-Saint-Paul, alone, as in addition to the war and poor sales, Gagnon’s marriage was unravelling.
He tried to sell some of his European works, but demand was meagre, and to supplement his income he began to hunt, and spent a great deal of time fishing, often selling his catch. These expeditions took him out into the country side around Baie-Saint-Paul, where he captured the winter light and colour of this group of buildings in his neighbourhood. The people of Baie-Saint-Paul welcomed him, and gifted him with produce, which he would return with fresh caught trout. His letters describe his own diet, which consisted mostly of apples and fish.

Despite these difficult times, Gagnon’s work from this period is excellent, filled with brightness and optimism, and giving no hint of the uncertain, challenging times he was living through. This charming pouchad is a fine example of his beautiful winter works, painted in community that had embraced him. He was able to return to Paris briefly in 1917, settling his personal affairs, and in 1919 would remarry, settling back again in his beloved Baie-Saint-Paul with his wife Lucile Rodier, whose certification label we find on the verso of this charming work.