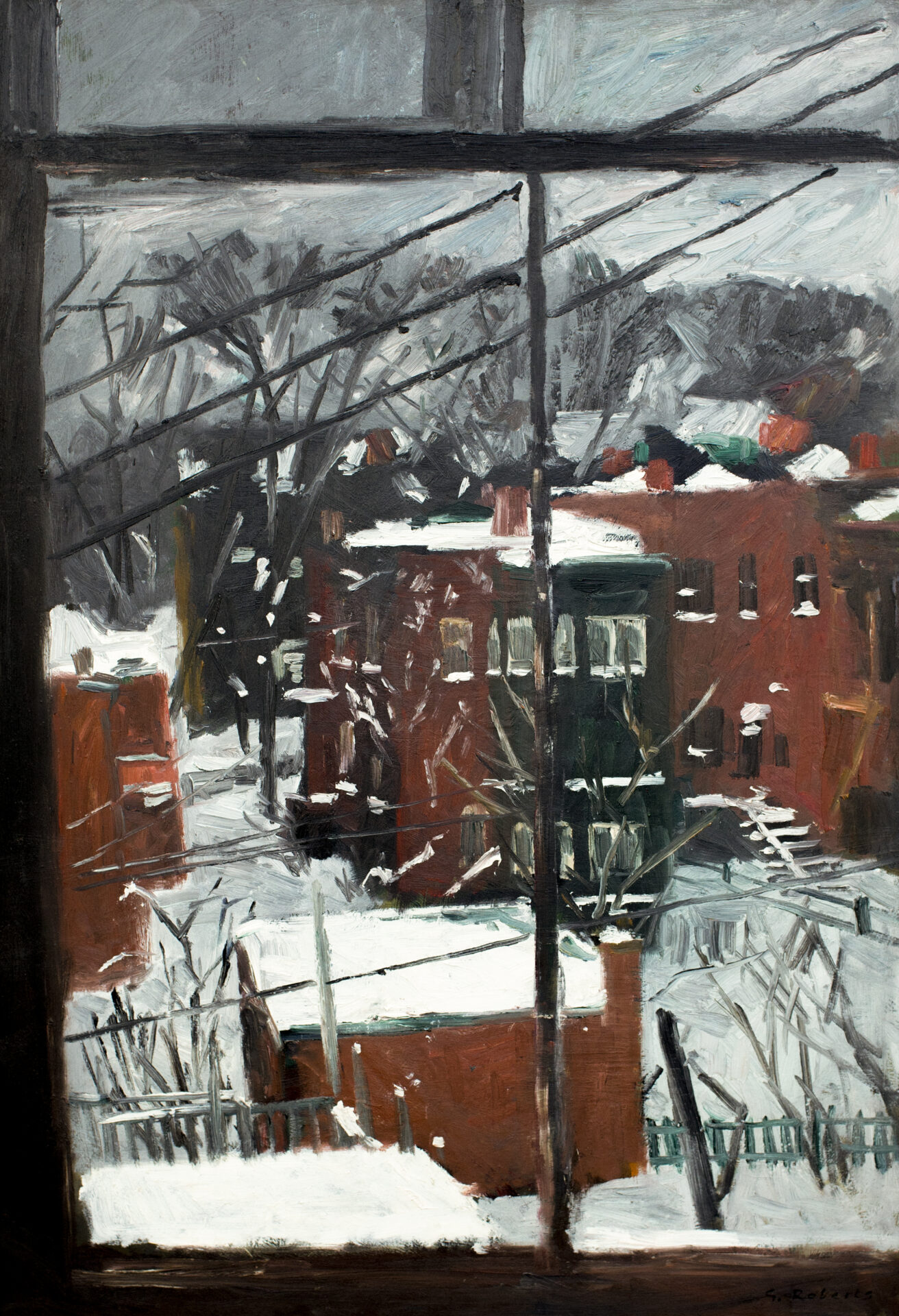 (1904-1974) Born in The Barbados, B.W.I., where his parents were on a short vacation, the son of Theodore Goodridge Roberts, poet and novelist, and Frances Seymour Allen. The family returned to Fredericton to live with his paternal grandfather, then rector of the Anglican parish church. He moved with his parents…

Born in The Barbados, B.W.I., where his parents were on a short vacation, the son of Theodore Goodridge Roberts, poet and novelist, and Frances Seymour Allen. The family returned to Fredericton to live with his paternal grandfather, then rector of the Anglican parish church. He moved with his parents to England in 1908; to France in 1910; back to Canada and Fredericton in 1912; back to England in 1914 to join his father who was then in the army with the Canadian contingent. In England and Folkestone, Goodridge Roberts became a Boy Scout and later troop leader. When his family moved to London he made visits to Kensington Gardens where one spring after a brief shower of rain he became keenly aware of the greenness of the leaves on the trees and the variations in the shades of green, the symmetry of the trees and the sunlight falling upon them and other beautiful sights. This experience gave him a sense of happiness and the desire to record what he was. He returned to the Gardens with some water colours and a pad and painted some trees by the Serpentine. From that point on he drew and painted intermittently. In 1917 his father served as A.D.C. to General Sir Arthur Currie. In 1919 the family returned to Canada. Roberts attended Charlotte Street School in Fredericton and in the autumn moved to Ottawa where his father was still in the army. They spent that summer at Kingsmere. By 1922 he was in Fredericton where he graduated from High School the following year. Summers he worked in logging camps, on road gangs, and on farms. In the autumn he entered the newly opened Ecole des Beaux-Arts, where he studied for the next two years (1923-25). As a student he won all the prizes during the first year and in the second year further began to develop his painting style….He studied next at the Art Students’ League in New York under John Sloan, Boardman Robinson and Max Weber (1926-28). Under Sloan he spent two years drawing from the nude in rapid five minute sketches which developed in him an ability to assess his subjects rapidly and express their essentials in simple terms.

…During 1932 he held his first one-man show at the Arts Club of Montreal. John Lyman purchased a drawing from the exhibition and gave Roberts his first critical recognition. Lyman invited him in 1933 to take part in a group exhibition at Henry Morgan & Co. in Montreal. Later Roberts became a member of the Eastern Group (1939) and of the Contemporary Art Society (1939)…

In 1967 his work was exhibited at the Canadian Pavilion at Expo 67 and at Centennial exhibition of the National Gallery of Canada. In 1970 James Borcoman of the National Gallery of Canada organized, with Alfred Pinsky as consultant, a retrospective exhibition of 146 works by Roberts consisting of landscapes, figures, portraits and still lifes. On many oils there were no dates, making dating difficult for the organizers. Viewing this exhibition Robert Ayre noted, “The earliest works in the exhibition are landscapes from the beginning of the thirties, when he was living in Ottawa. At Kingsmere, in the miraculous summer of 1932, he discovered with a rush of confidence that he could paint, and he painted feverishly, one water colour after another. Most of them seem to be lost, and there are only half a dozen in the show…”

In January of 1975 Goodridge Roberts died. He was survived by his wife Joan and their son Timothy (b.1962).