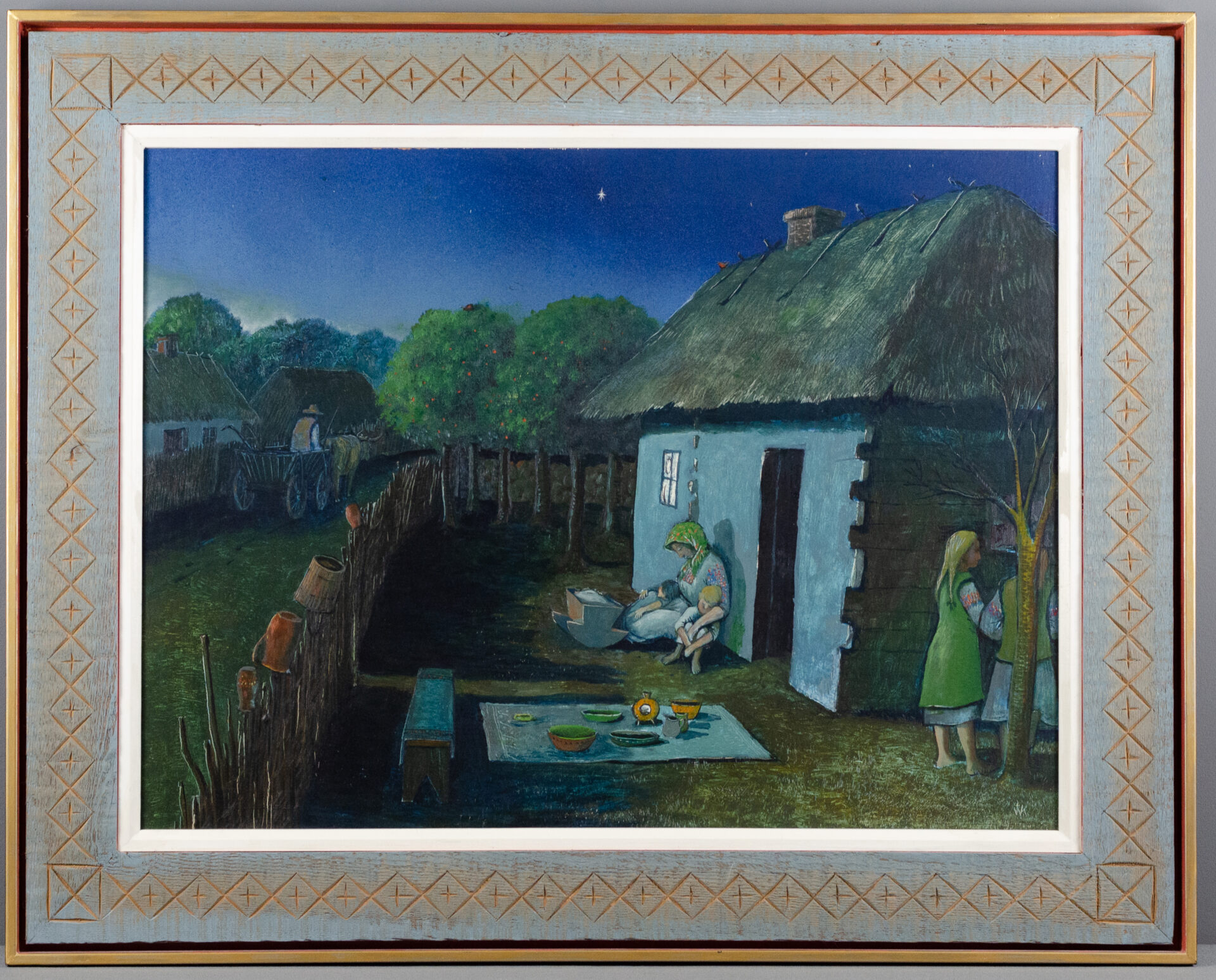 In the spring of 1970, William Kurelek would take his first trip to Ukraine, the homeland of his ancestors. His father had immigrated from Boritswi in 1923, and his mother was the child of Ukrainians, also from the village, who had immigrated to Canada in the early 1900s. The trip was organized by Olha and Mykola Kolankiwsky, founders of the Niagara Falls Art Gallery and important patrons of Kurelek.

The most significant event of this trip was certainly a short visit that the artist took to Boritswi. The artist required permission from Ukrainian authorities, and was able to stay in the village during this visit for a mere four hours (after a five hour journey by car to get there) but it was a transformative experience by all accounts. Kurelek wrote in detail to his wife of his travels during his first trip, expressing his excitement at finally experiencing the house that his father grew up in, as well as the homes of other villagers. “[It was] all so paintable and alive … The cheap calendar icons, the little windows, the loaf of bread on the bed, the pail of slops”. In Coming Home there are many details that signify Kurelek’s keen observation of the people and their lives: the pots and buckets, washed and drying on the fence posts, the intricate fabric designs of the women’s outfits, and the colourful dishes left out on the blanket. That being said, the lives of the villagers were not romantic in Kurelek’s writings nor depictions – it was difficult to survive in a small village in the politically tumultuous country. His wife noted upon his return to Canada after his final trip in 1977, he noted to his children that “they should be grateful to live [in Canada].”

This last trip in 1977 was Kurelek’s final trip to Ukraine, and he went this time for six weeks. Here, he completed nearly 100 sketches and six full paintings, though it must have been a strain, as by 1977 he was seriously ill. Only two letters exist from this trip, written to his wife Jean. He returned to Canada near the end of September, and a week later he was admitted to hospital where he would pass away on November 3rd.

William Kurelek (Wasyl), painter and writer, evangelist (b near Whitford, Alta 3 Mar 1927; d at Toronto 3 Nov 1977). Influenced by Bosch and Brueghel and by prairie roots, his UKRAINIAN heritage and Roman Catholicism, Kurelek’s realistic and symbolic paintings record his historic culture and religious vision. The oldest of…

William Kurelek (Wasyl), painter and writer, evangelist (b near Whitford, Alta 3 Mar 1927; d at Toronto 3 Nov 1977). Influenced by Bosch and Brueghel and by prairie roots, his UKRAINIAN heritage and Roman Catholicism, Kurelek’s realistic and symbolic paintings record his historic culture and religious vision. The oldest of 7 children, he was expected to help run the farm. His lack of mechanical aptitude attracted harsh criticism from his father, as did his wish to be an artist. He studied at Winnipeg, Toronto and San Miguel, Mexico. In England (1952-59), he sought psychiatric help and was hospitalized for severe emotional problems, depression and eye pain. He converted to Roman Catholicism (1957), credited God with his healing, and began to paint the Passion of Christ according to St Matthew. This series of 160 paintings is housed in the Niagara Falls Art Gallery and Museum.

Returning to Toronto, he was established by the early 1960s as an important painter, alternating realistic works depicting his prairie roots with didactic series. In the 1970s he began to publish his paintings with simple texts. His books for children (A Prairie Boy’s Winter, 1973; Lumberjack, 1974; A Prairie Boy’s Summer, 1975; and A Northern Nativity, 1976) have become modern classics. His autobiography, Someone With Me (1973, rev ed 1980), ends with his marriage to Jean Andrews (1962). Kurelek was an outstanding artist with a unique idealistic and pragmatic vision. A modern Jeremiah, he painted a coming apocalypse – divine justice on a materialistic, secular society. 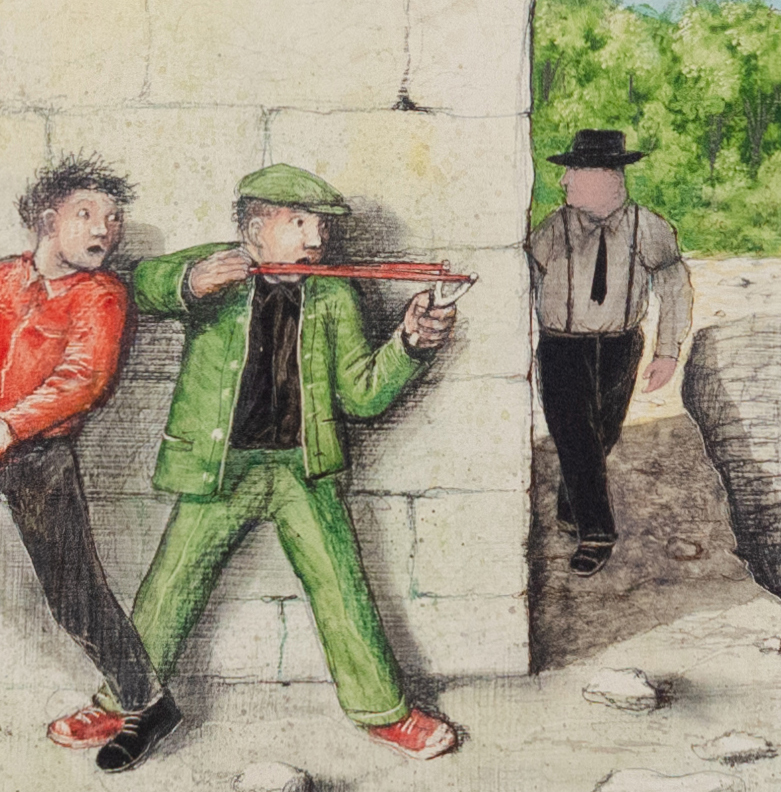 Caught Trespassing at the Quarry (From a Manitoba Memory), 1972