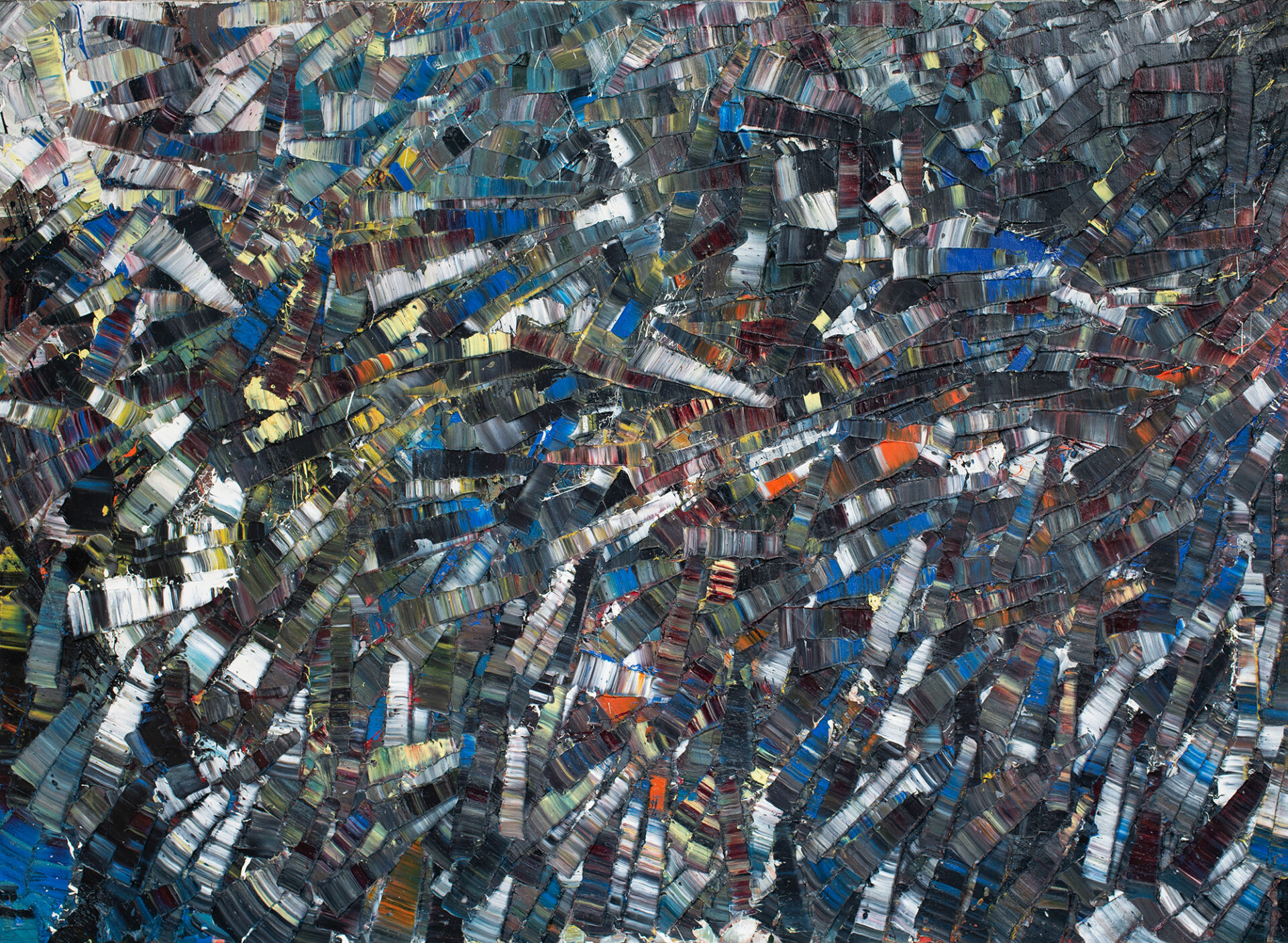 This stunning, large format work by Jean Paul Riopelle comes from his Paris period, perhaps one of the most sought-after oeuvres in his vast body of work. In Paris, he was a leader of the city’s Lyrical Abstraction movement, living and working in the attic of the Hotel Monsieur-le-Prince, on the Ile-de-France, as that was the most beautiful part of the city to his thinking. He was exhibiting with Galerie Luxembourg and later the Galerie Nina Dausset, the latter of which also showed the work of the Surrealists, many of whom he met. With these breakout painters, he was able to share ideas and discuss their works. Through them he was placed at the centre of the headiness of the 1950s French avant-garde.

His own work, by this time, had lost all reference to figurativism, and was focused almost entirely on the act of painting – the spontaneity of gestures, the application of paint, and the way the paint acted upon application, and the control, or his artistic orchestration of the results.

Pictures of Riopelle in his Paris studio from this time are fascinating. There is paint everywhere; on the walls, the floor and ceiling, the furniture, and all over the artist himself. The sheer force of energy expended in the creation of works such as Composition bleue is remarkable. These are performances, records of the force of will employed when Riopelle was immersed in the act of painting. Interestingly, the title Composition bleue weights the role that the colour blue plays in this work heavily, yet blue is not the colour that dominates. Among white, black and green, yellow, orange and red, blue weaves, runs and hides, darts here and there, and while a steady bead in the mosaic of the work, it is not the only theme. The orderly lines of colour on many of the palette knife-strokes in this work make us wonder if Riopelle was using his bouquet-of-paint-tubes method of painting, wherein he held a handful of tubes in one hand, sliced their caps off all at once with a knife, and then, squeezing all the tubes at once, troweled his palette knife across the paint tube bouquet to scrap off a bunch of paint, lifting up the loaded knife and then applying the resulting slurry of paint in deft, swiftly whisked, angular strokes. 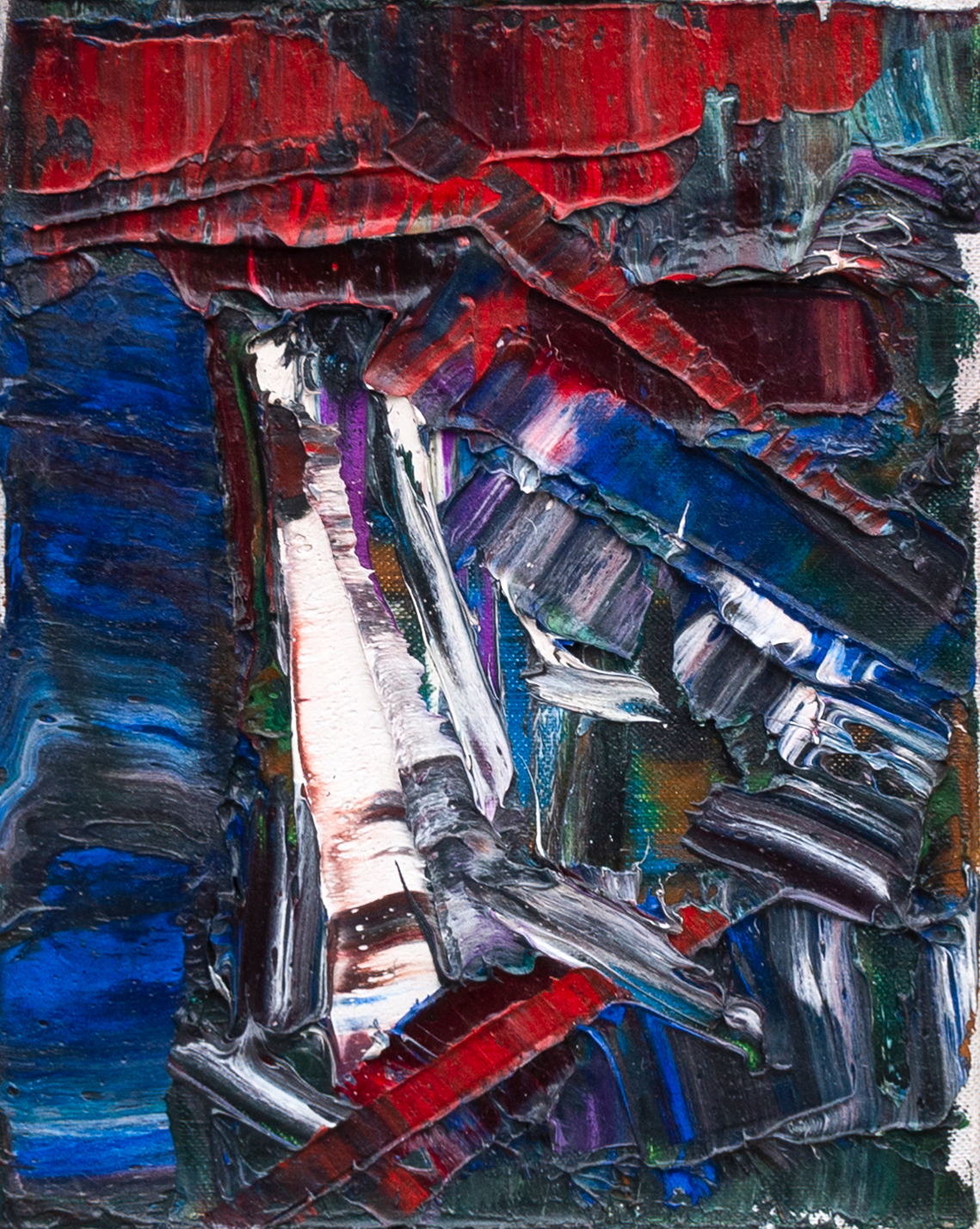 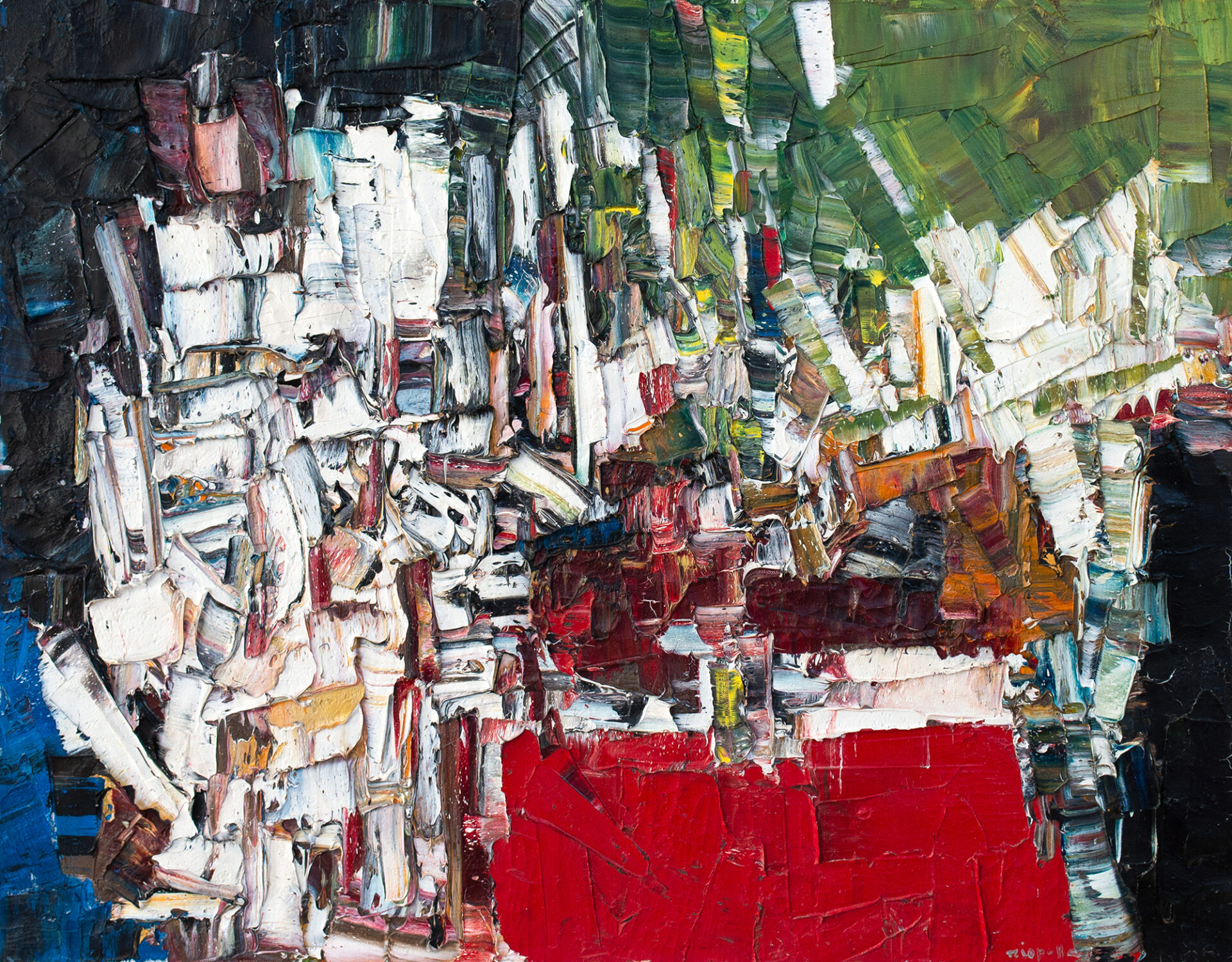 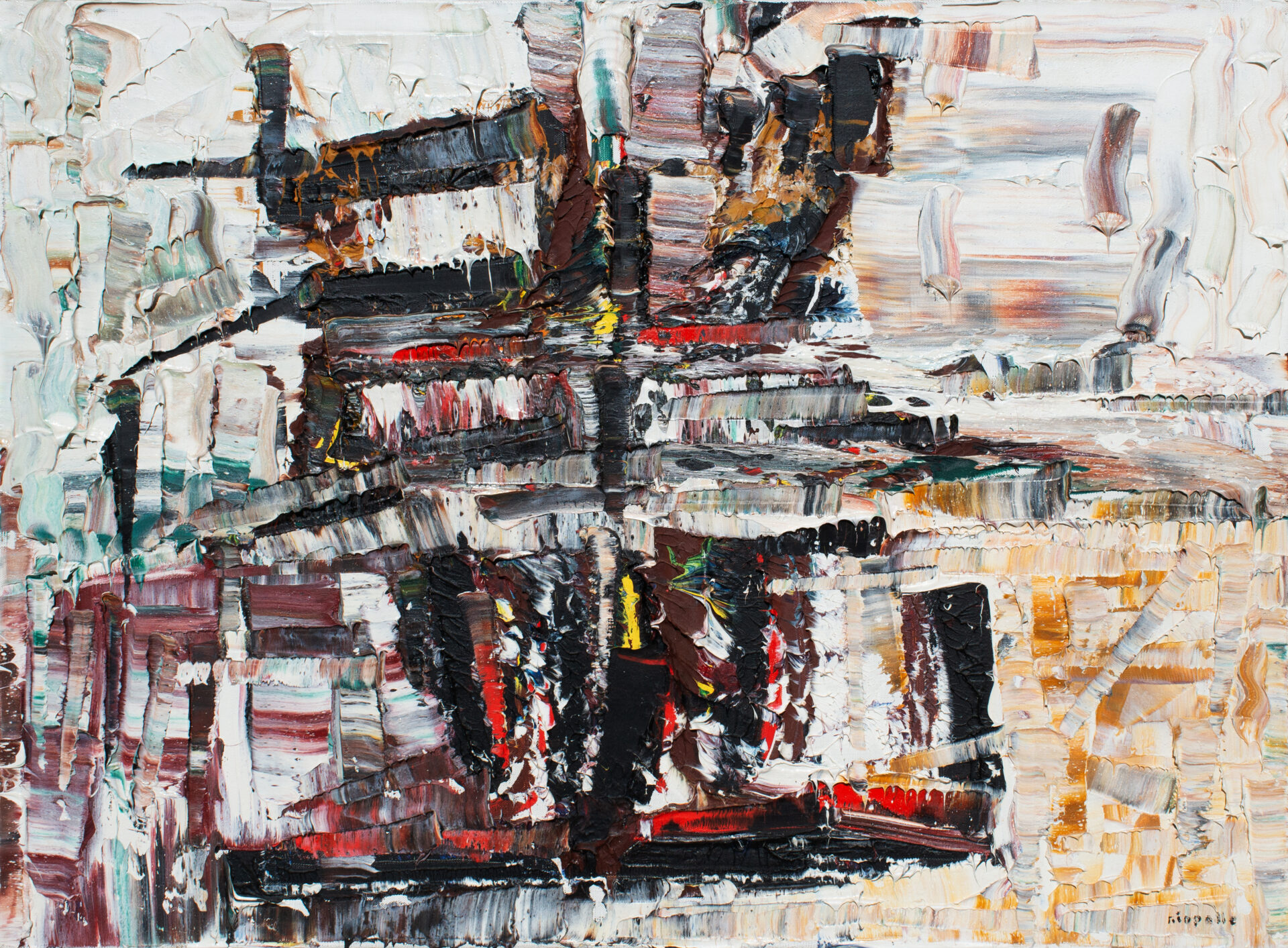 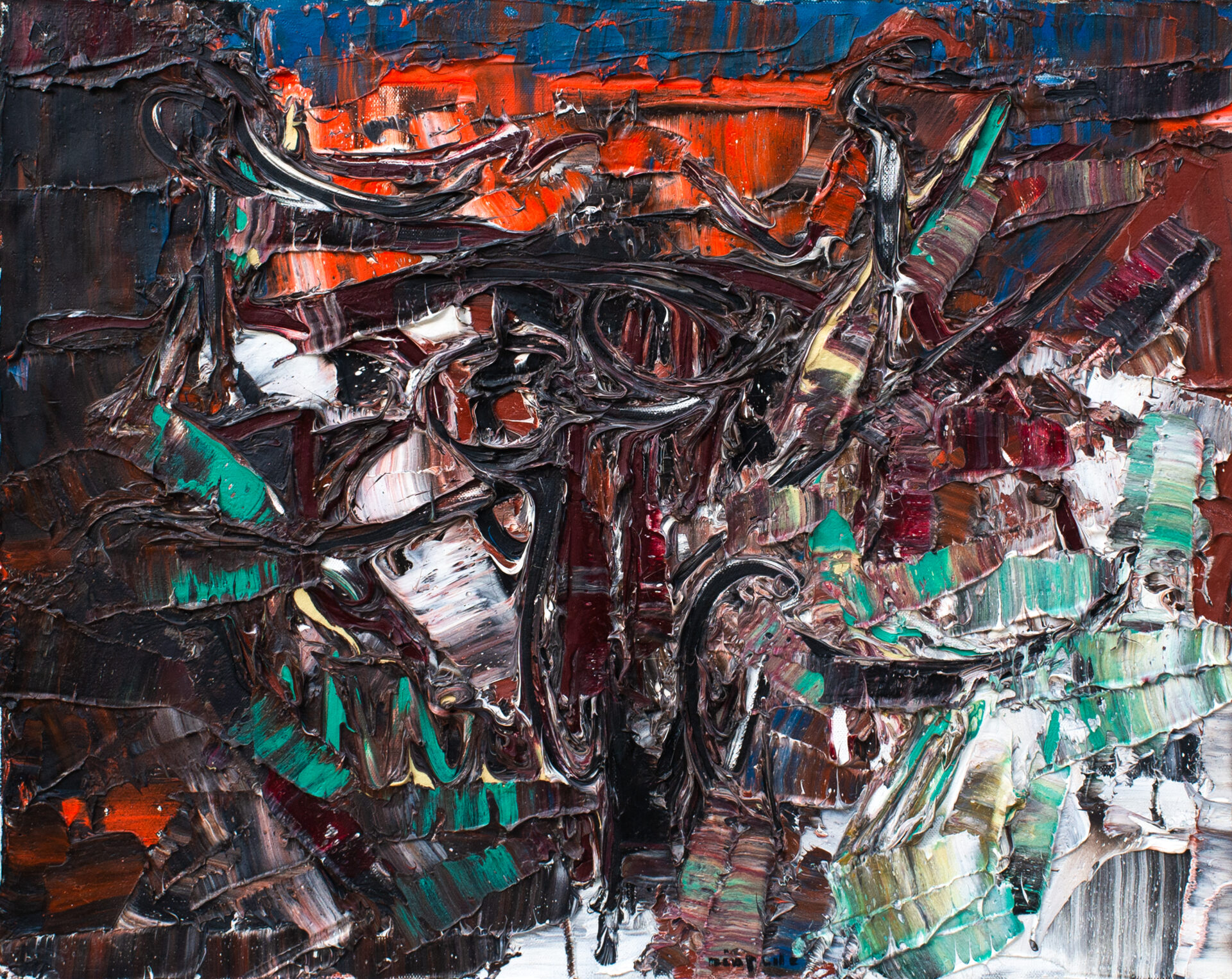 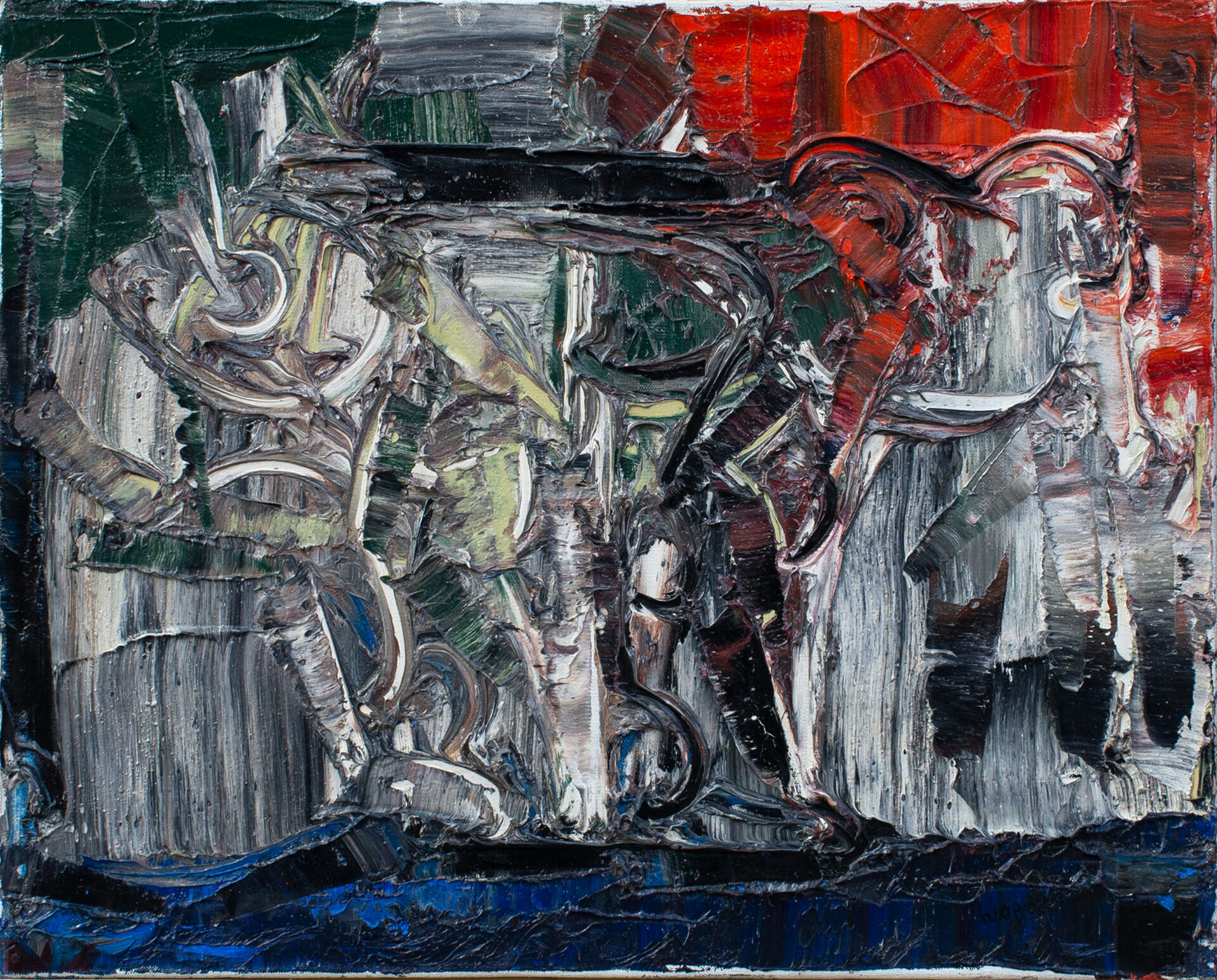 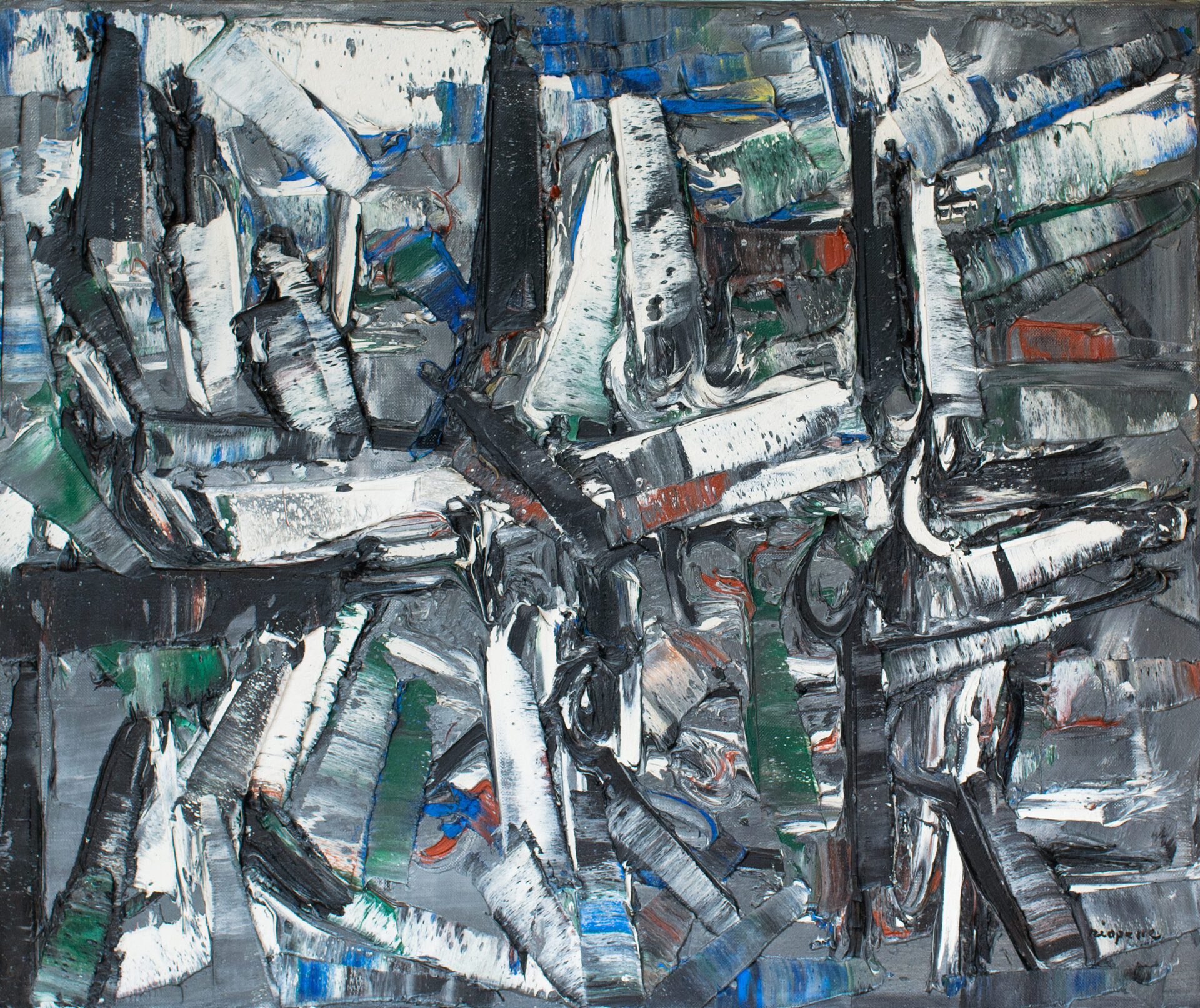