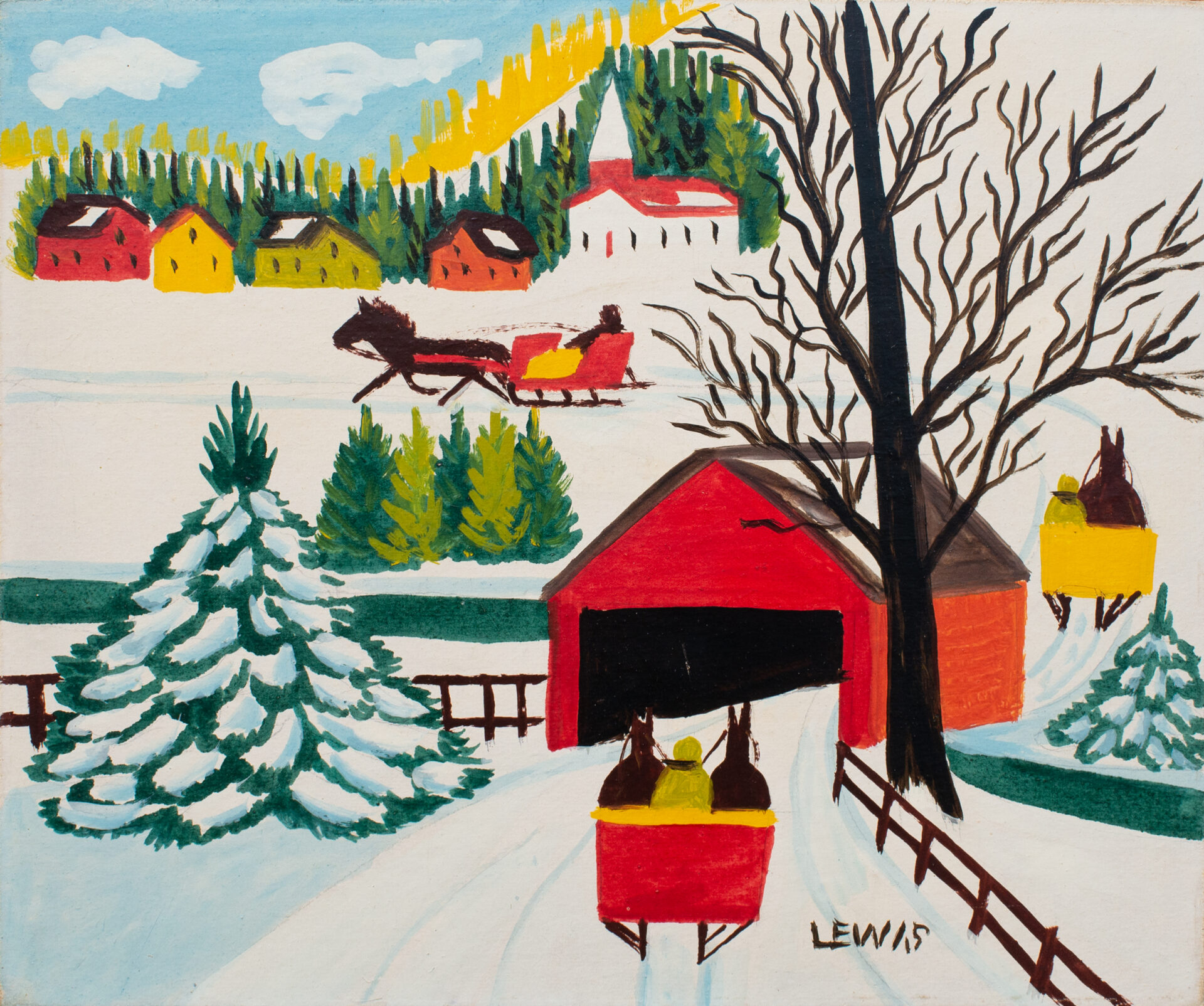 Covered Bridge in Winter by Maud Lewis is a serial image found only in the 1960s. A serial image is a similar painting, but no two works are exactly alike. The term “serial image” was first used by Harold Pearse (1942-1920) in an article for Arts Atlantic, 1997, titled “The Serial Imagery of Maud Lewis.”

The three Maud Lewis works shown are on beaverboard, a pulpboard, Maud’s most common painting surface. Each painting depicts an early 20th century scene when covered bridges and sleighs were part of the Nova Scotia landscape. The bright, vivid paintings show a high horizon with little sky. To quote Pearse, “Lewis is like a medieval painter she wants to fill the board.” The earliest painting (circa 1963-64) is signed “Lewis” –
a signature she had used for over 25 years. The other two works signed “Maud.Lewis” are later, 1965-66.
The Covered Bridge in Winter series is an outstanding example of Maud Lewis’s sense of perspective and composition. Maud has positioned the houses and a church in the background, and the sweep of the track with the sleighs and galloping horses draws the viewer into the paintings. Two of the paintings include a towering leafless tree, striking in its blackness. The series illustrates progression in Maud’s work. Her early work shows large conifers with smudged blue shadowing; by 1965 she created blue loops, making the image more decorative. The painting Covered Bridge with Skaters is a rare variation on the theme. With a few simple brush strokes she has created a sense of speed and joy generated by the skaters. In 2020 Canada Post issued commemorative Maud Lewis Christmas stamps. The Covered Bridge in Winter image was selected as the permanent stamp. 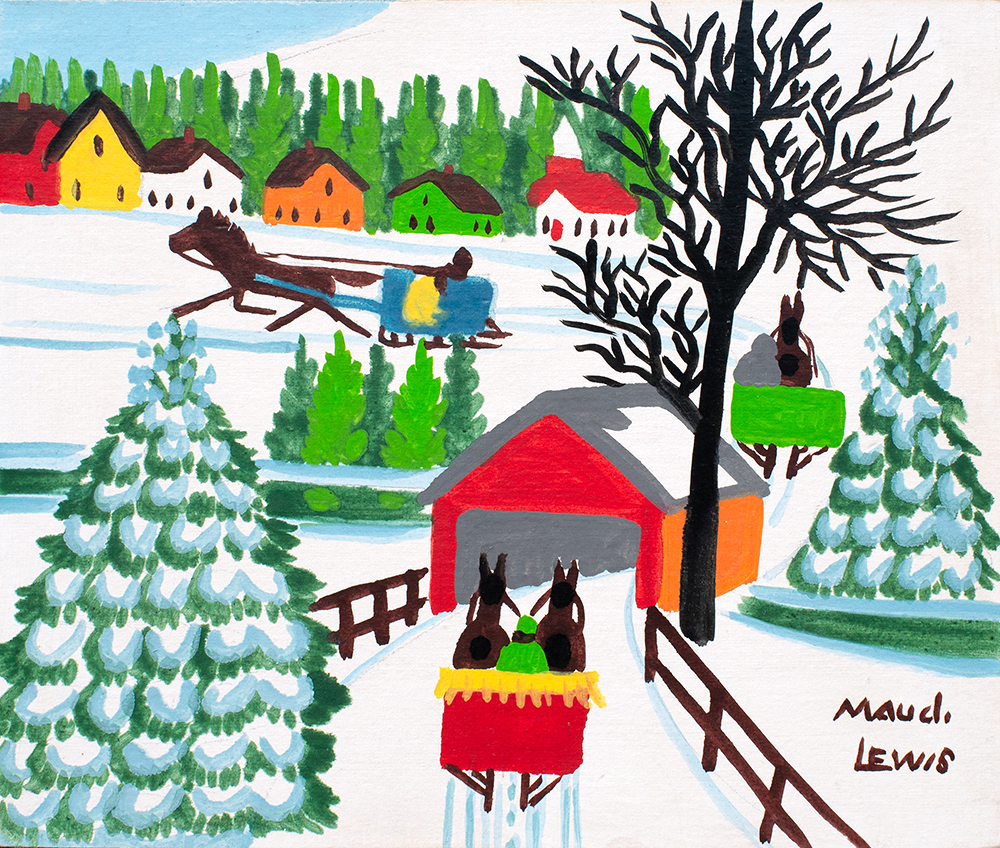