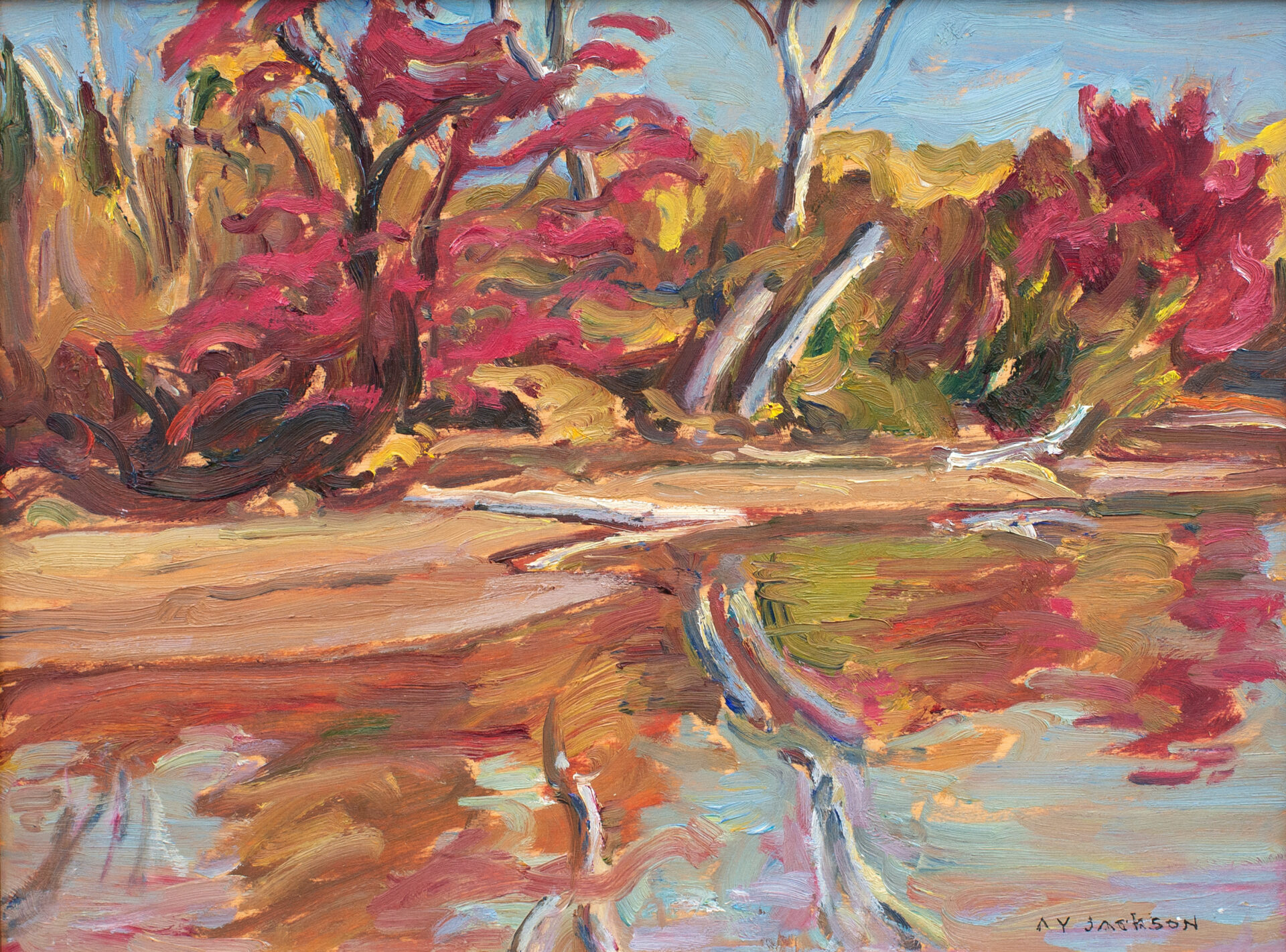 A. Y. Jackson’s sunlight depiction of Diamond Lake is a tapestry of colour, with bleached logs accentuating the centre of the scene and radiating outwards and reflecting at the edge of the lake. This work comes from the collection of Samuel Borenstein, a fellow artist with whom Jackson painted after meeting him in 1958. Borenstein’s riotous brushwork and vivid colour has much in common with Jackson’s, they seem perfect painting partners.

This intimate work is filled with charm. The sweep of the shore, the lyrical red boughs, the blend of the reflected foliage in the lapping water, and the curves of the brushwork overall create a pleasing visual swirl, held in by the blue sky and the multi-hued blue water . 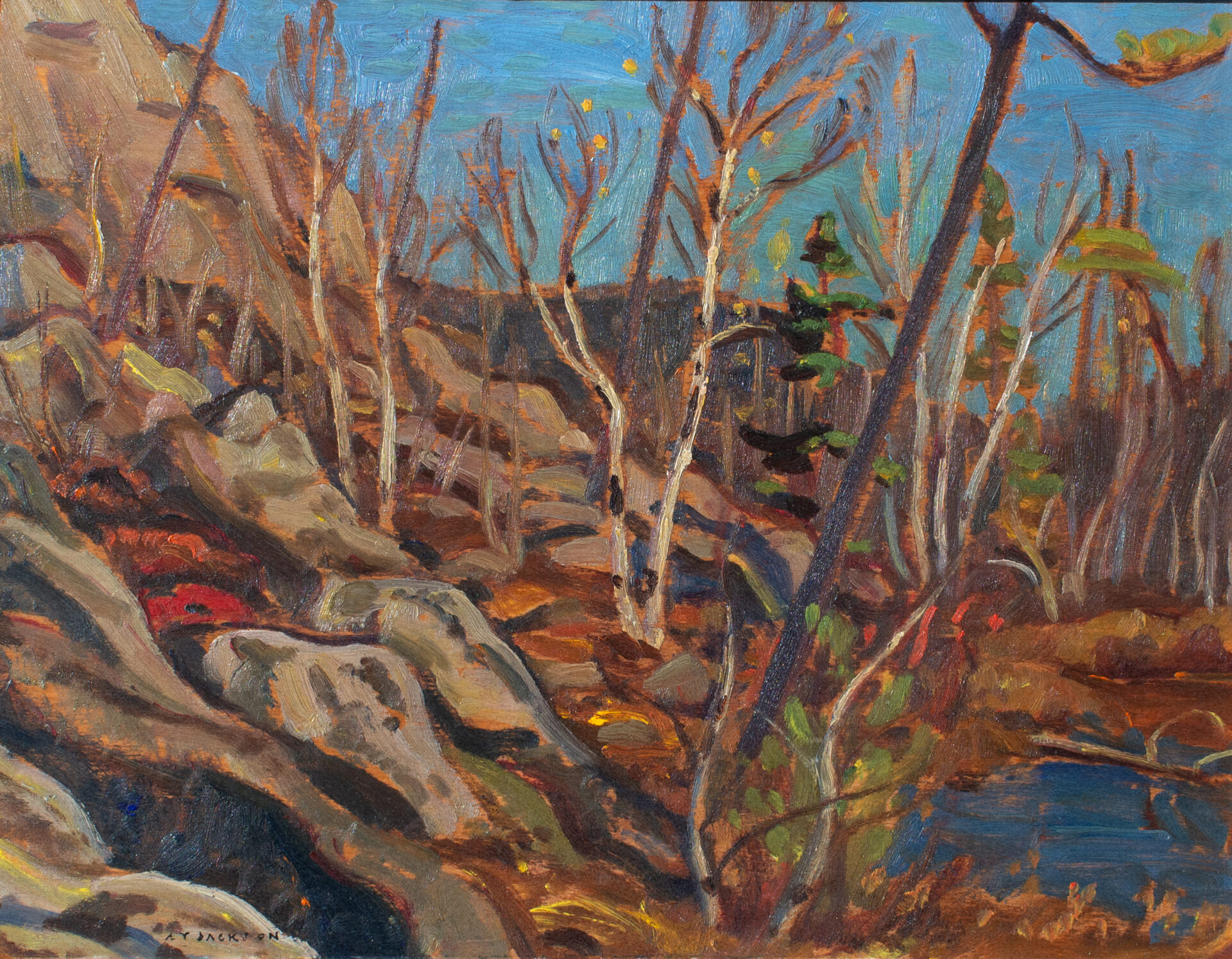 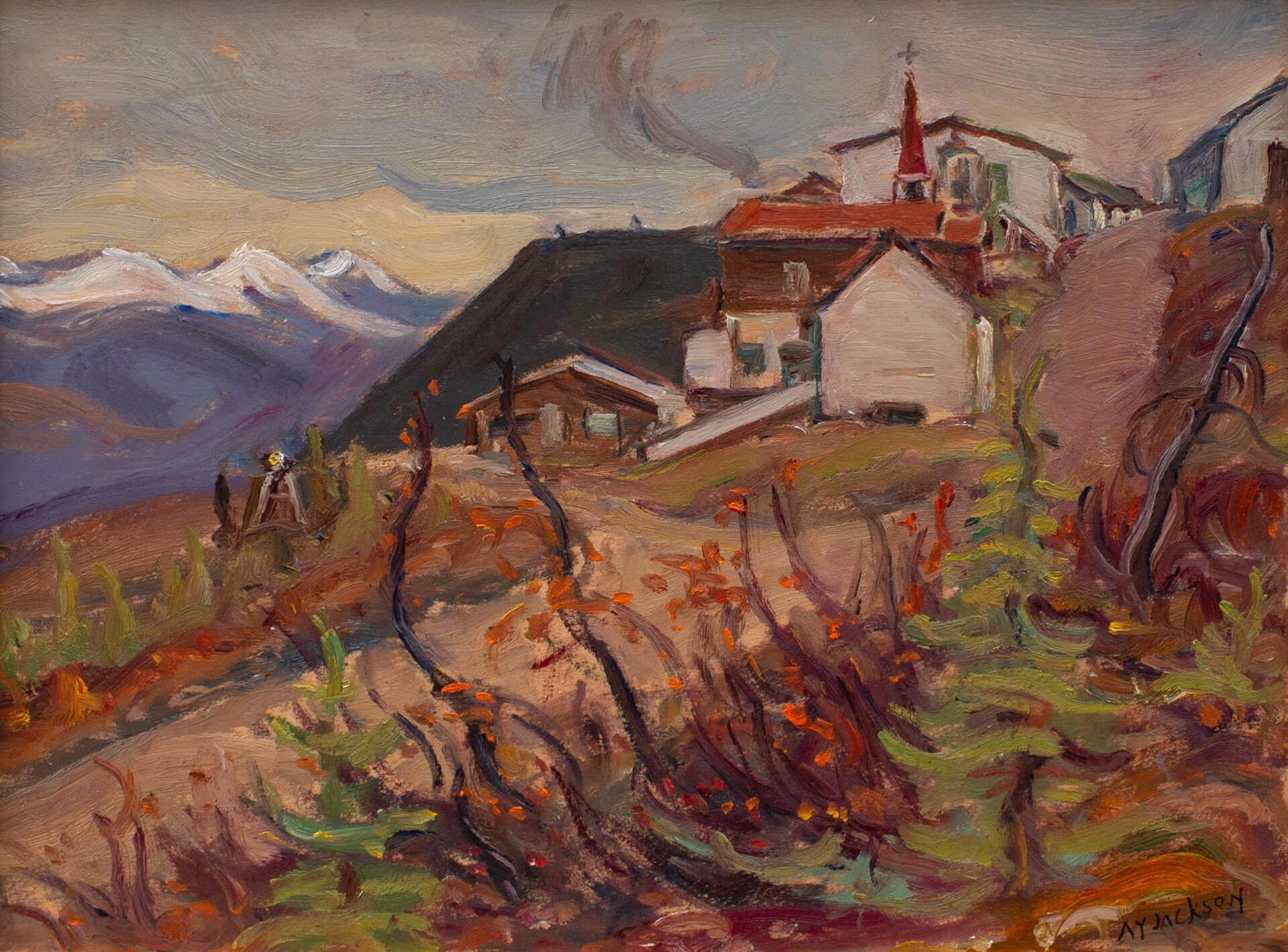