Elbow Falls, Night, both the study and the larger canvas, are uniquely Albertan, uniquely modern works by a prairie painter taught by some of Canada’s finest historical artists, who in turn went on to influence the next generation of artists in this province. His contribution of a strong body of work and a sound education experience for others has yet to be fully understood for its value, its impact, and its importance to the art historical timeline of the west.

From Fred Varley, Kerr would develop confidence in a bold use of quirky colour, a sensibility particular to the prairies that he later shared with colleague Marion Nicoll. [1] Adding to the list of influential teachers, Kerr was able to study under Hans Hofmann in the United States in 1954. Hofmann taught Kerr to understand the use of planes, adding to his modernist approach, and also instructed Kerr in the importance of the colour of the ground – meaning the base coat that supports the additional layers of colours in his paintings. Hofmann’s lessons focussed on using a white ground, lessons that Kerr flipped upside down by embracing instead, the black ground. “A colour sings on white, as compared to grey. It also sings on black Kerr has used this black ground technique here to superb effect, with the shadows cast by starlight and the frothing water shining as it tumbles toward the falls.

Illingworth Kerr was born in Lumsden, Saskatchewan, and always considered himself an artist. As a student, he had an illustrious list of teachers, attending the Ontario College of Art when the influence of Group of Seven painters and their contemporaries was strong; from 1924 – 1927, advancing one year and completing the four-year program in three. J.W. Beatty, J.E.H. MacDonald, Arthur Lismer, Fred Varley, and C.W. Jefferys were all his teachers, and each of them, in their way, informed his work. From Beatty, who as a colourist had a profound influence on Tom Thomson, Kerr learned equally impactful lessons in colour. “You don’t know anything about greens,” Beatty told Kerr, “…stay in my studio. Mix every colour with every other colour in your palette and see how many greens you can come up with.” [2] In looking at his nocturnes, it is clear that these lessons took hold, as in them Kerr explores – with marked sensitivity – ranges of closely related nighttime velvety hues. Reflecting on these lessons Kerr further wrote, “Extending and cooling each colour with white, compensating with added yellow, deepening to ultimate dark, it was unbelievable the range achieved.” These lessons in colour, mixed and understood, are at the core of Kerr’s ability to capture the subtle beauty of nighttime in the outdoors. And, with the opportunity to view the sketch and the canvas side by side, we have a chance to understand them for ourselves. In Elbow Falls, Night, the sketch, we see the colours as they would have been on Kerr’s palette, with more clear divisions between each. On the canvas, the words of Beatty come to mind, as we see more blending of the component colours, to achieve intermediate hues that read as subtle shadows, telling us more information about the night, that particular night, its air temperature, its starlight, the volume of water coming over the falls themselves, along with other details. Kerr also recalled Beatty saying, “Look for the prismatic light change in skies.”[3] “All my life,” Kerr would later reflect, “Beatty’s few words have affected my vision as I look at skies.”[4] From the sketch to the canvas, we can see that Kerr has given the sky more space, thus increasing the starlight in the scene, allowing for more reflection and shadow, which, combined with Kerr’s characteristically high vantage point (he had a habit of sitting on a hill so as to look down upon a scene), creates depth and distance.

After a dedicated career as an illustrator, writer, and teacher, Illingworth “Buck” Kerr retired from a twenty-year commitment to the Alberta College of Art and Design (formerly ACAD, now the Alberta University of the Arts) in 1967. It was only at this time in his life that he was able to dedicate himself fully to painting. During the course of the previous years, he had painted nocturnes occasionally, but after his retirement, they became a steady theme. This rare pairing of a study and a canvas allows us an opportunity to explore his background and methods and to examine him in a wider context in the history of art in the Canadian west.

The above essay was contributed by Lisa Christensen

Illingworth Holey Kerr, “Buck,” painter, illustrator, writer (b at Lumsden, Sask 20 Aug 1905; d at Calgary 6 Jan 1989). Kerr attended Central Technical School, Toronto, and Ontario College of Art. He also studied at Westminster School of Art, London, in 1936 and, returning to Canada, taught at Vancouver School of Art (1945-47). In 1947 he became director of the art department of the Provincial Institute of Technology in Calgary. His early landscape style reflects the influence of Lawren Harris in his long, curving brush strokes and emphasis on design. He applied paint heavily, giving relief to an otherwise flat, spatial quality in his work. In later works Kerr used a broken brushstroke style that creates visual tension to counteract this 2-dimensionality. Named to the Order of Canada in 1983, he was given a retrospective exhibition (<i>Harvest of the Spirit</i>) at 9 major public galleries in 1985.

His works can be seen in the Edmonton Art Gallery, the Glenbow Museum in Calgary, in the Lethbridge University Collection and in the Mendel Gallery, Saskatoon. 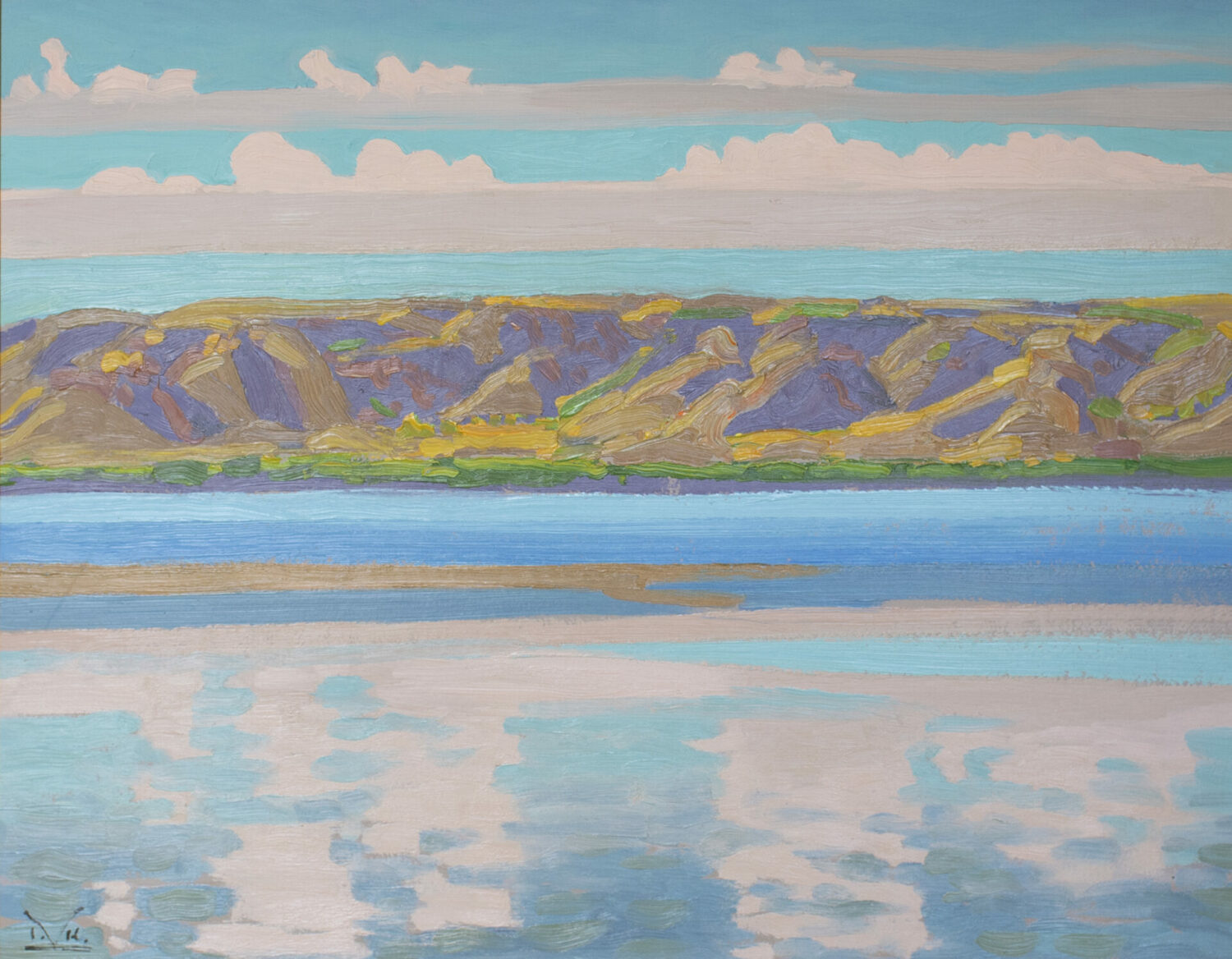 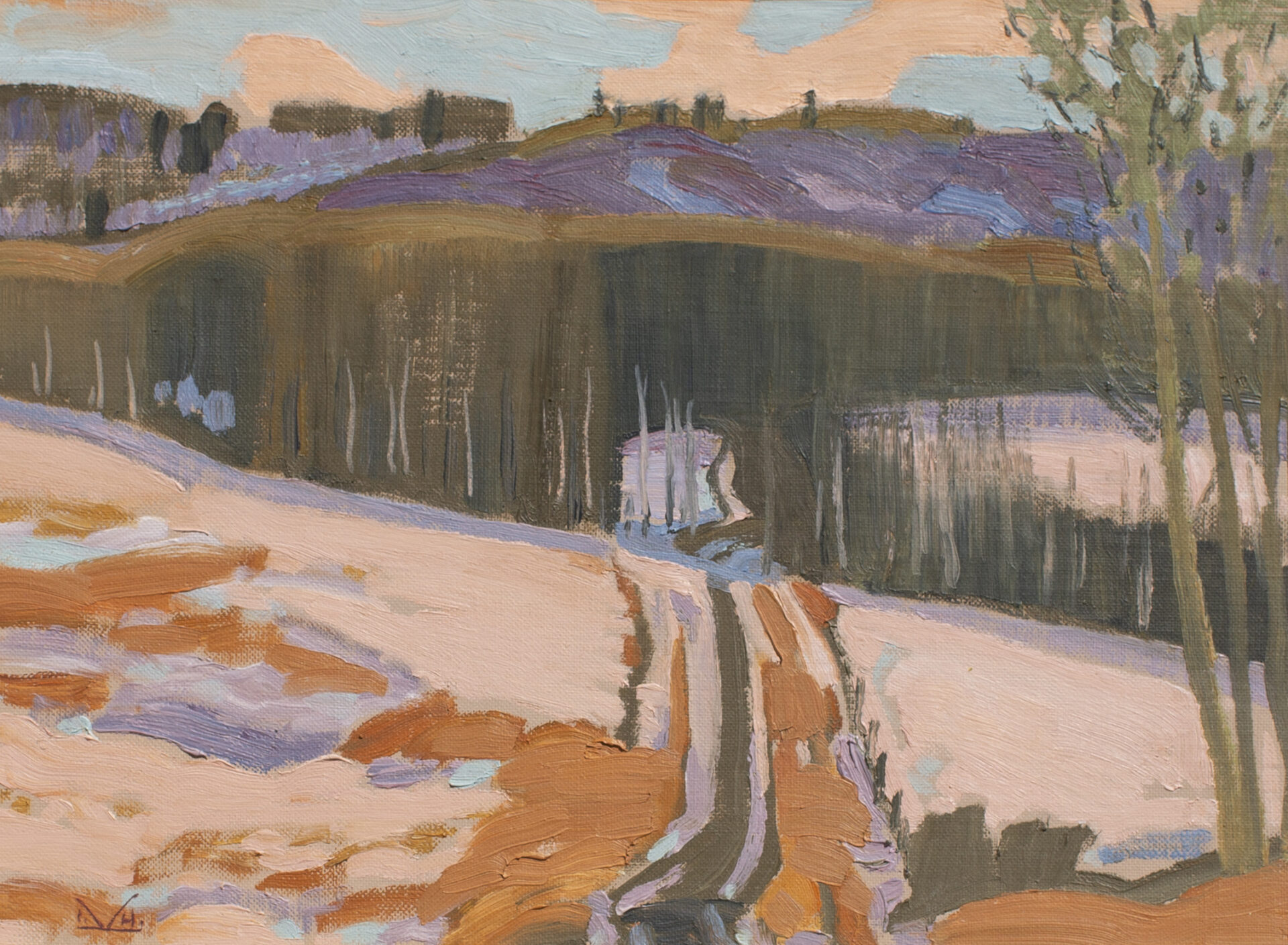 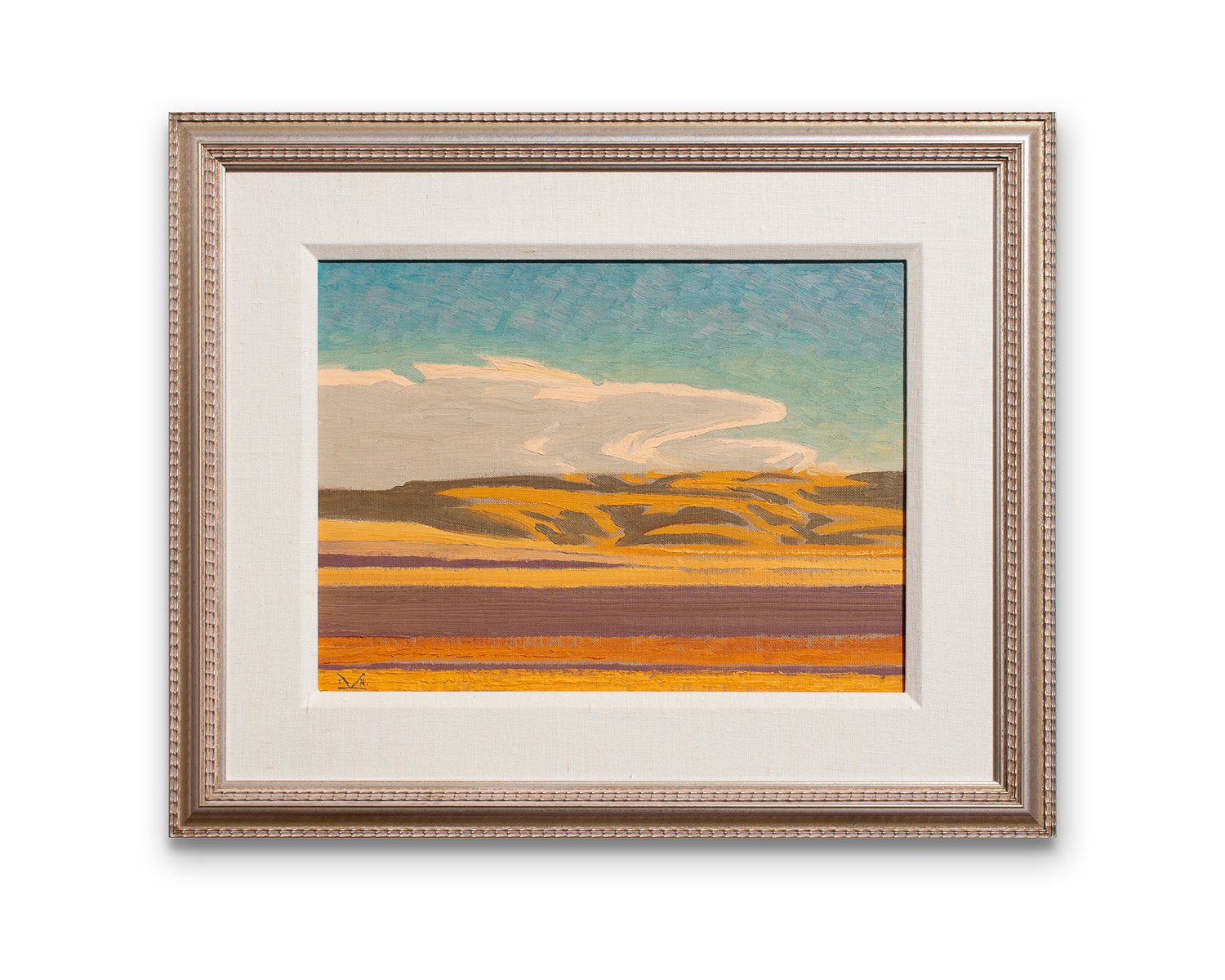