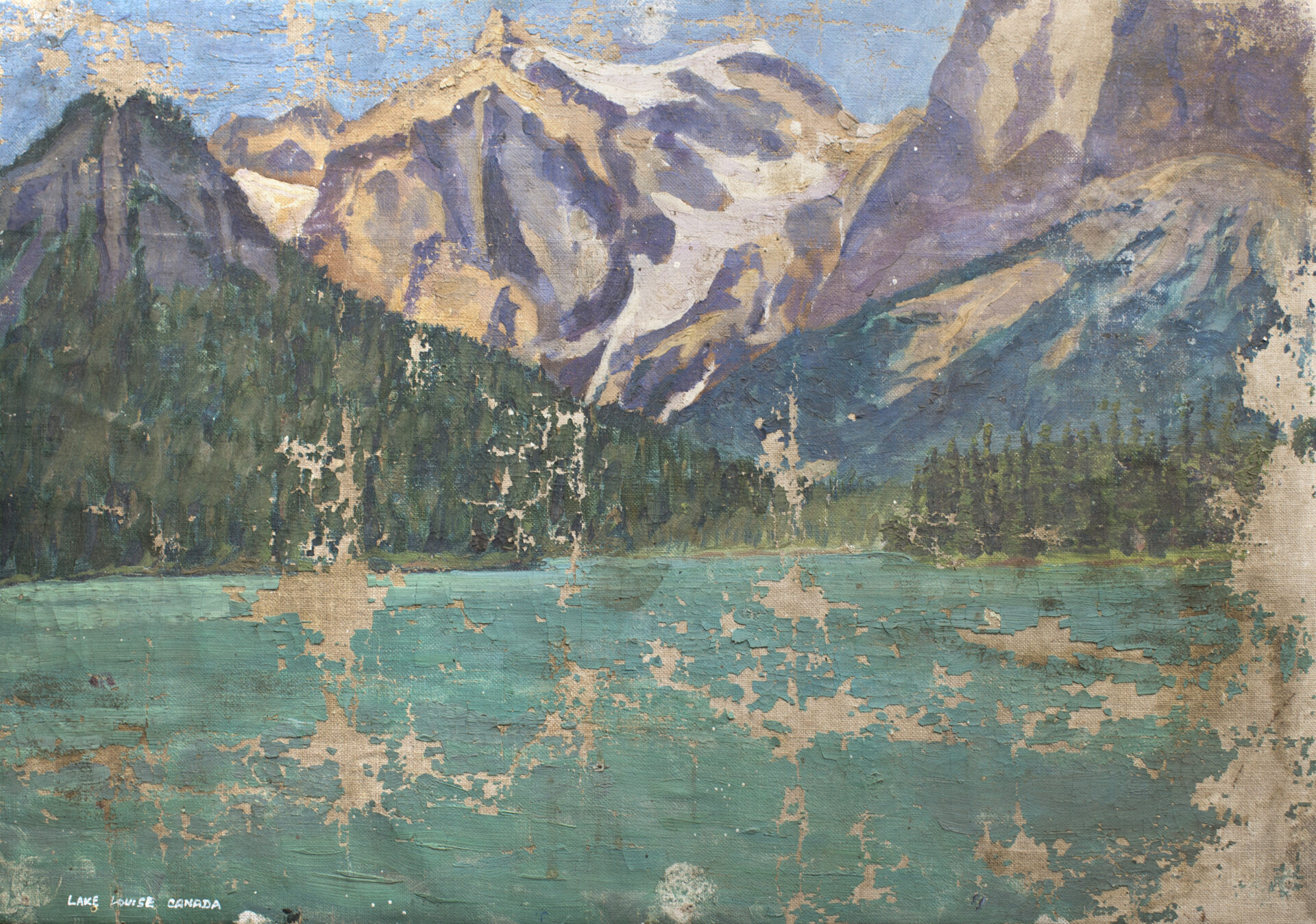 Provenance
A gift from the Artist to Sergeant Edmund Murray (Sir Winston’s bodyguard 1950 – 1965);
By descent to the previous owners

In 1929, Churchill travelled across North America with his son Randolph, his brother Jack and his nephew Jonny. They stayed with luminaries of the day such as William Randolph Hearst at San Simeon. During a trip through the Canadian Rocky mountains, Churchill painted at Lake Louise, Alberta and Lake Emerald in British Columbia. The present work was later inscribed by Churchill’s bodyguard, Sergeant Edmund Murray, as Lake Louise, however, the correct subject is undoubtedly LakeEmerald.
The present work is registered with the Churchill Archive as cat. no. C543. We are grateful to David Coombs and David Finch for their kind assistance with the cataloguing of the present work.

acquired from the March 2018 Sotheby’s of London auction. Gallery owner and President, Ryan Green, woke up at 3 AM the morning of the auction to bid on the painting, which hasn’t been on Canadian soil since it was painted in 1929.

“The 1929 Emerald Lake canvas by Sir Winston Churchill offers a rare glimpse at the artistic expression of one of the most influential minds in history” says Green. “Churchill was very fond of Canada’s natural world and made several visits. In letters written to his wife within days of painting Emerald Lake, he remarked on its beauty and expressed his wishes to one day return with her on a more permanent basis.”

It is the only painting of a Canadian subject left by Churchill in private hands. By acquiring the Emerald Lake canvas and returning it to Western Canada, Masters Gallery is acknowledging an unfulfilled wish by reuniting Churchill’s painting with its inspired place of origin. “It’s a gesture we feel Churchill would have appreciated, especially when we intend to be putting the picture on display to allow Calgarians a chance to view firsthand a piece of world history and celebration of the beautiful Canadian landscape” says Green.

Churchill painted the work during a trip through the Rocky Mountains with his brother and sons, prior to taking office. He later gifted the painting to his bodyguard, Sgt. Edmund Murray whose son, Bill Murray, listed in on the Sotheby’s of London auction site.