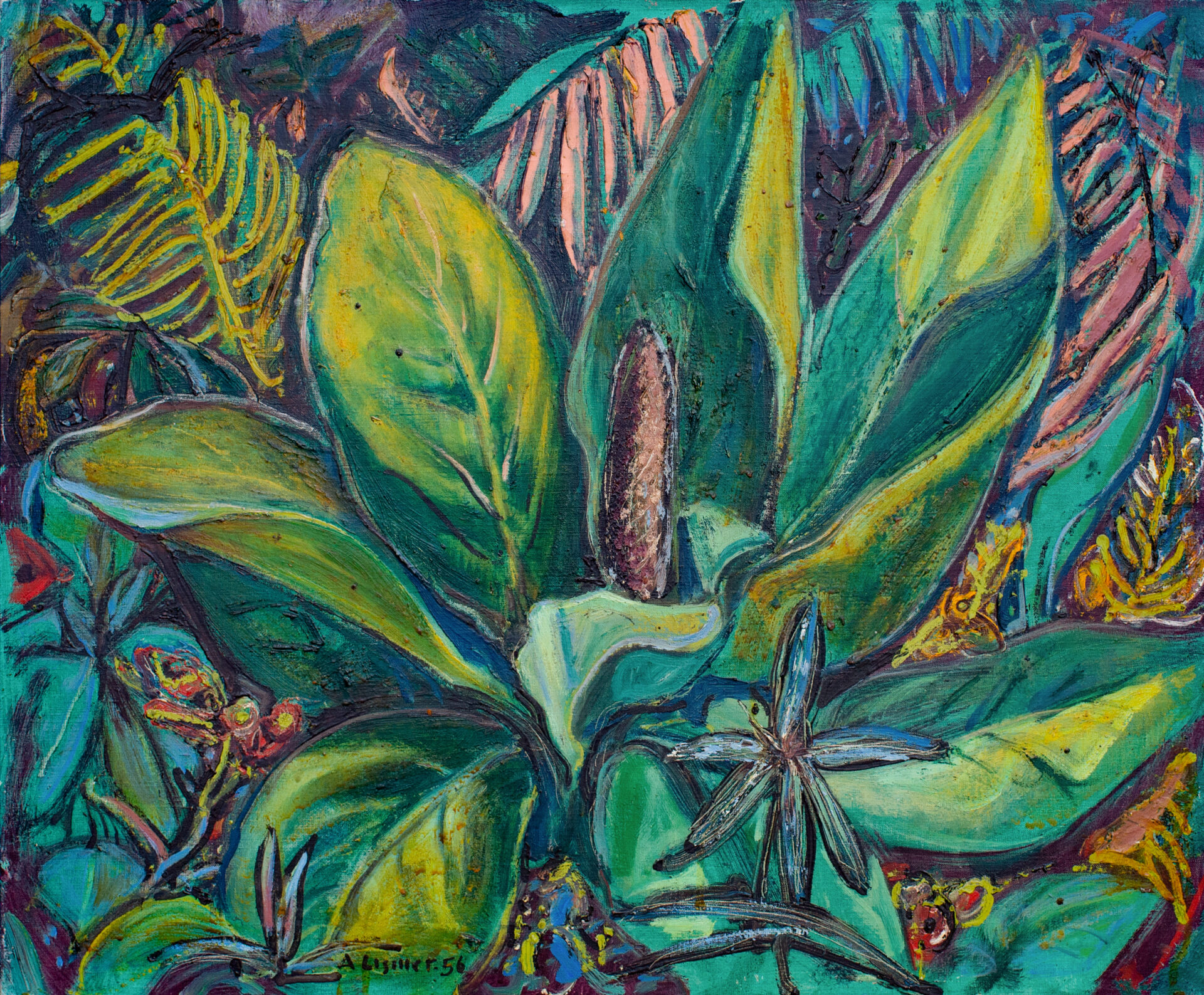 Arthur Lismer began regular trips to Vancouver Island in July of 1951, when he was 66 years old and late in his career. In 1950, the Art Gallery of Toronto held a major retrospective of Lismer’s work, and a condensed version of the show travelled to the West coast with great reviews. That summer, Lismer and his wife decided to vacation on the island. They had a very successful holiday, and the couple would return nearly every summer until Lismer’s death in 1969.

The western skunk cabbage is a perennial plant found on the West coast, named for the odour that it emits when it flowers in the spring. These plants became great source material for Lismer in the 50s. AGO curator Dennis Reid notes that Lismer was “attracted in his drawing by the way their large fleshy leaves flop in every conceivable position” and “in his oil sketching by the fantastic colours they assume through the various stages of growth, decline and decay” (1). In 1956, Lismer spent six weeks between July and August in Long Beach, Vancouver Island, before spending time in Victoria and Vancouver. The area where the Lismers often stayed is now part of Pacific Rim National Park, and the small cove where he often painted is known locally as Lismer Bay and Lismer Beach.