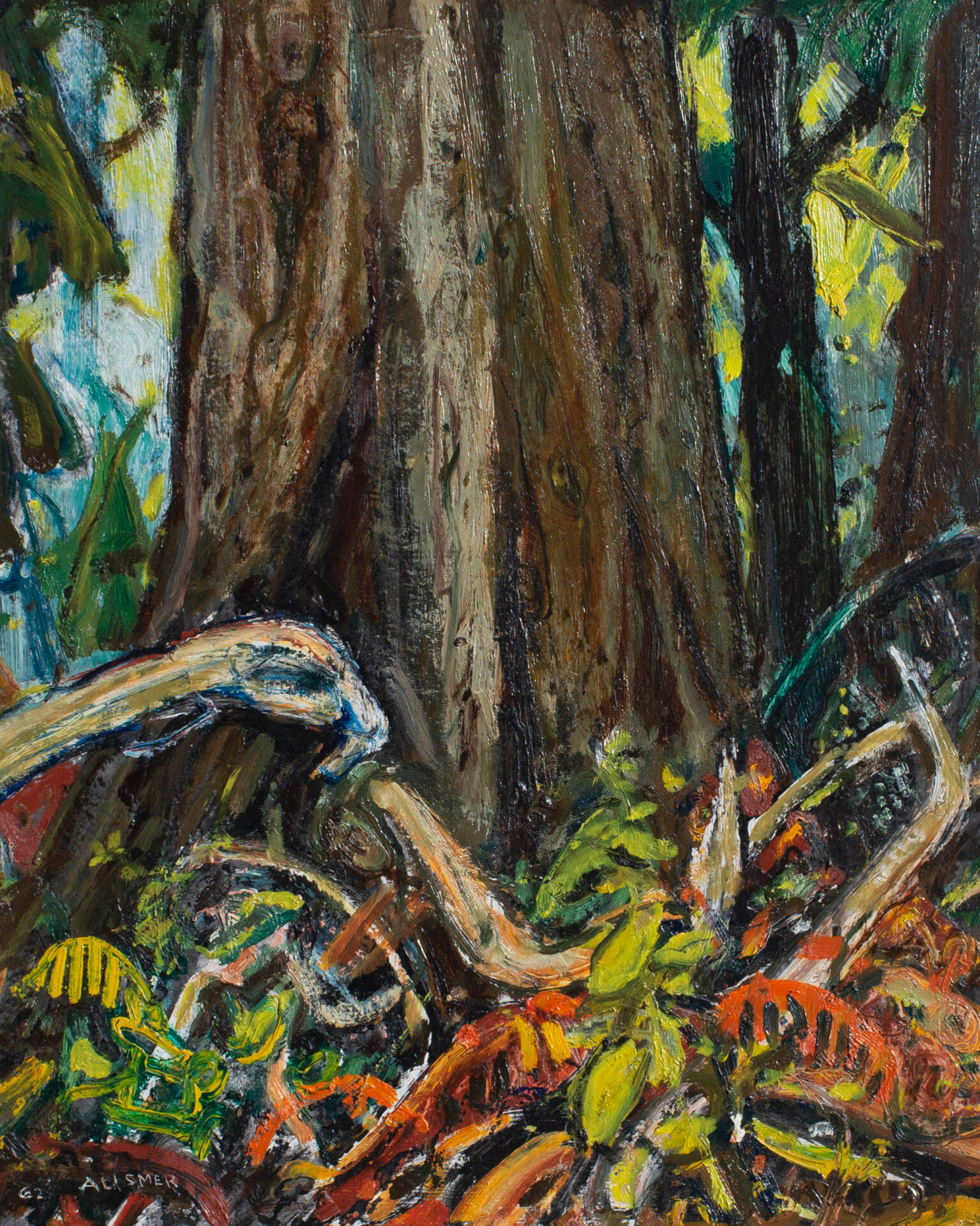 In 1952, after the conclusion of a touring retrospective of his work, Arthur Lismer took an extended vacation to Vancouver Island. It was during this trip that he discovered Long Beach and Wickaninnish Bay, and a new chapter in his work began. He worked in direct response to the west coast environment, and works from this period reflect the nature of the forest, the beaches, and the verdant life that so fascinated him there. Dennis Reid wrote that this wild landscape pushed his work to new heights of expression, with “extravagant texture, rough, crude forms, and extremes of tone and hue”.[1] Particular trees he encountered there would recur in his works, evoking, as Reid notes “ the memory of Emily Carr.”[2] Striking works, these homages to individual trees demonstrates the powerful ability of the natural world to drawn and hold our gaze. Lismer returned to Long Beach repeatedly, painting the forest as well as the beach, executing works that border on expressionism in their style. His forests were moody and rich, often, as we see here, focused on the base of a magnificent tree. Lismer painted 16 summers at Long Beach, where a cove, south of Wickaninnish Beach and where he had found a cottage that suited his needs, would later be named for him. In relative solitude, he bathed himself visually in the forest, always, as he said “expecting to see Emily Carr appear from behind a tree.”[3]