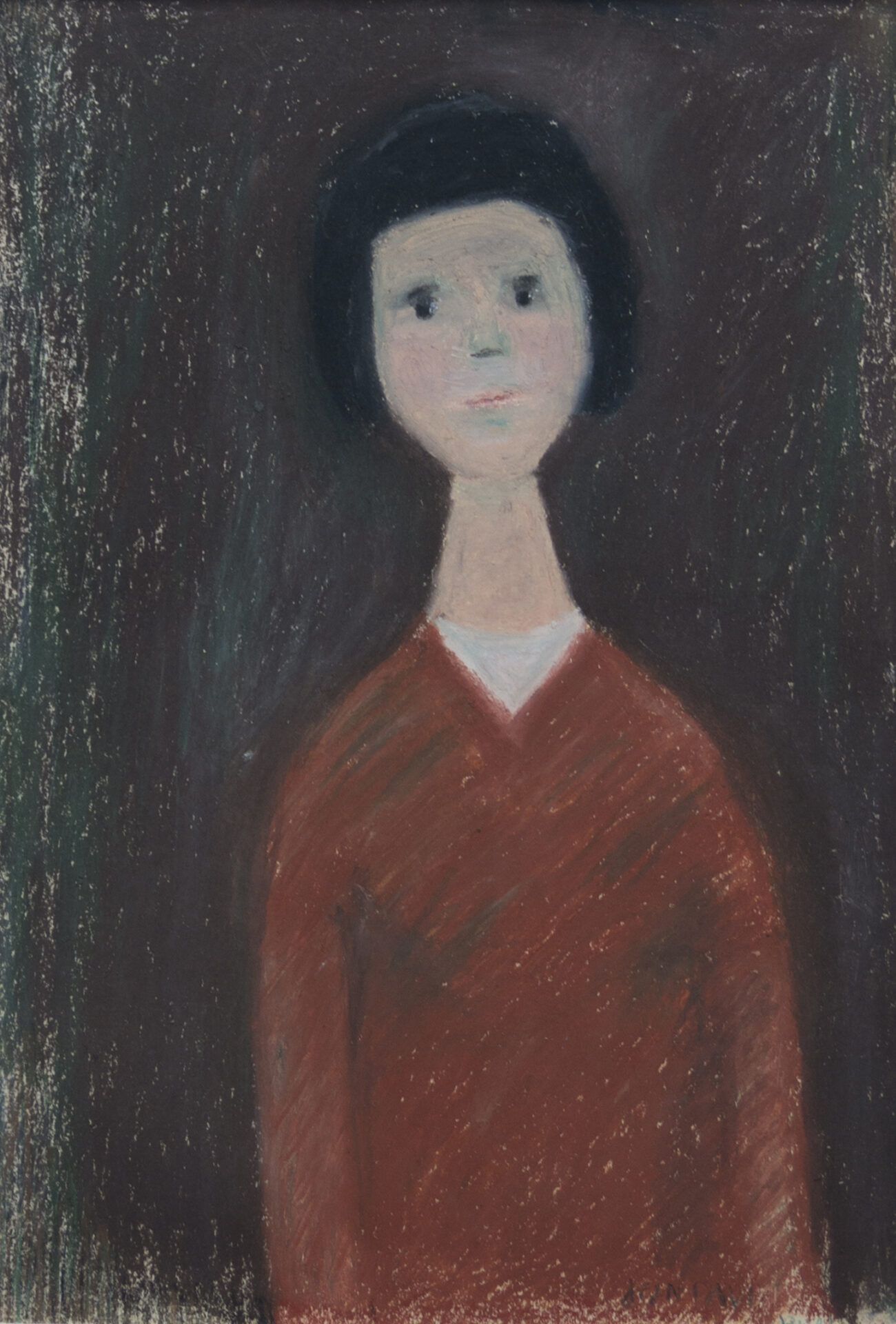 In the mid-1950s, Lemieux entered a phase of his career that is referred to by scholars as his “Classic Period” (1). His work from about 1956 – 1970 saw the artist focusing on the figure, and lonely portraits set against flat fields with simple horizons dominated his practice. The result of this shift was a series of haunting works, and Lemieux is perhaps best well known for them. Deceptively minimal, works like Jeune Fille en Rouge read like found photographs, and his figures are loaded with ideas of isolation and solitude. As his career progressed into the 60s and 70s, Lemieux’ works would become imbued with more and more emotional and personally charged content.

Jean-Paul Lemieux, painter (b at Québec C, Qué 18 Nov 1904; d at Montréal, Qué 7 Nov 1990). Lemieux’s artistic universe is often classified as one of northern landscapes, flat, barren and infinite, but this preoccupation was only one characteristic of his work. He attended the École des beaux-arts in…

Jean-Paul Lemieux, painter (b at Québec C, Qué 18 Nov 1904; d at Montréal, Qué 7 Nov 1990). Lemieux’s artistic universe is often classified as one of northern landscapes, flat, barren and infinite, but this preoccupation was only one characteristic of his work. He attended the École des beaux-arts in Montréal from 1926-34, interrupted by a trip to Paris. After teaching at the École du meuble, he moved to the École des beaux-arts in Québec in 1937, remaining there until 1965. His work drew inspiration from Québec City and from Île aux Coudres, Charlevoix County, for which he held particular affection. His first paintings reflected daily life, portraits of relatives and familiar landscapes.

In the 1940s, Lemieux’s canvases (Lazare, 1941; La Fête-Dieu Québec, 1944) painted in fresco style summarized the attitudes of a people. His organization of subject and space was at that time influenced by the Italian primitivist school and early Québec folk art, which he collected avidly. Gradually his treatment of his subjects became simplified and his style more geometric. It was not, however, a stiff geometry, for the lines still vibrate, and colours are either transparent or pastel. Space opens up (Le Train de midi, 1956), and against a line of horizon appear hieratic figures (L’Été, 1959). Part of and yet distinct from the background, his figures evoke a world of dream and memory.
Often meditative and serious, Lemieux’s art can sometimes be humorous and lyrical, as in his illustrations of Gabrielle Roy’s books. His work is regularly exhibited in Canada and internationally, and he painted a number of commissioned portraits of public figures. In 1985 Lemieux published a limited edition bilingual collection of prints – one for each province and territory – entitled Canada-Canada.