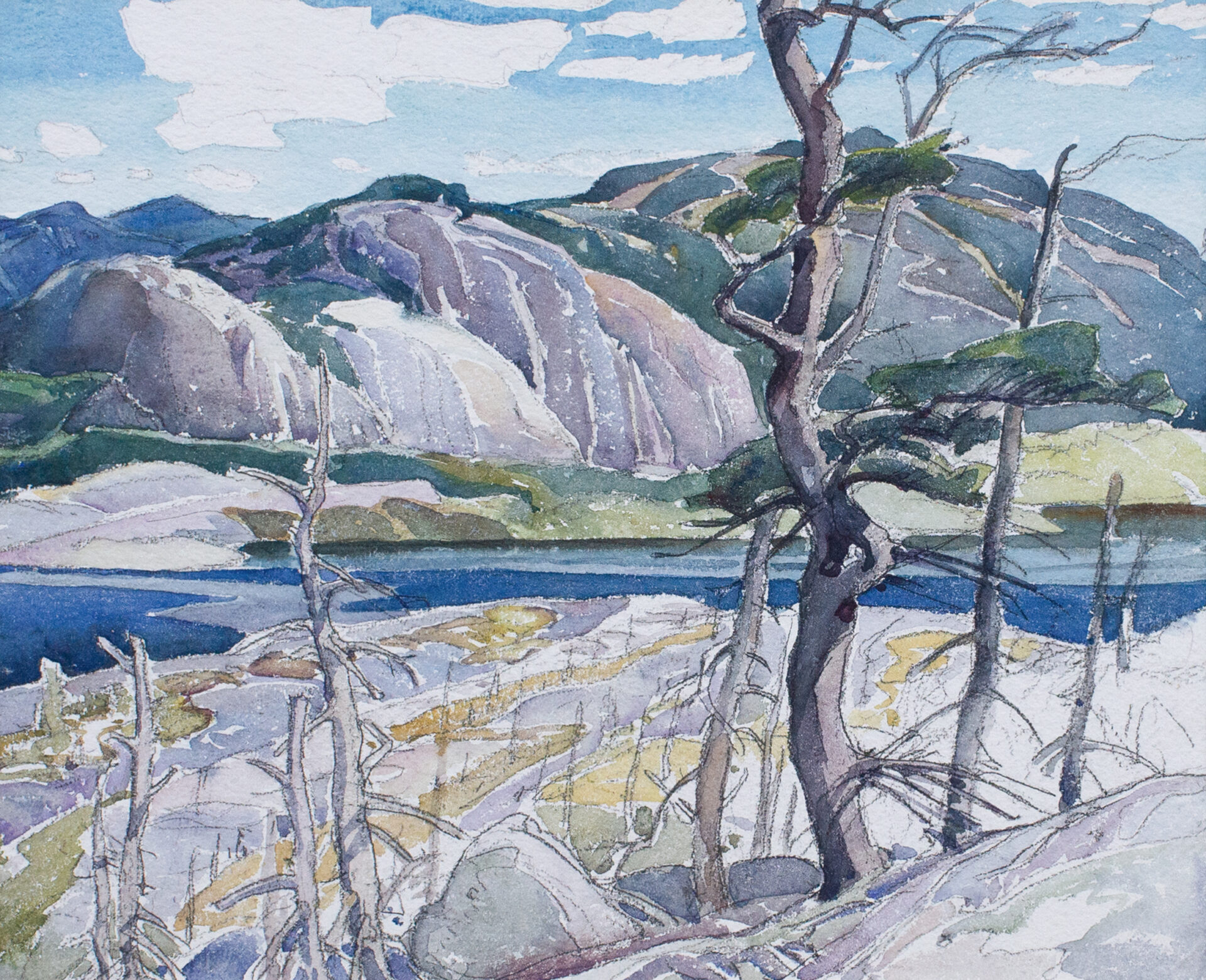 Born in Orillia, Ontario, he worked for his father who was a carriage maker and received a good part of his early training in design from him. He took painting lessons from Canon Greene (believed to be one of the parsons on which Stephen Leacock based the character of Dean…

Born in Orillia, Ontario, he worked for his father who was a carriage maker and received a good part of his early training in design from him. He took painting lessons from Canon Greene (believed to be one of the parsons on which Stephen Leacock based the character of Dean Drone in “Sunshine Sketches”). In 1901 he met Willian J. Wood another Canadian artist who like himself was aspiring to become a full time painter. Carmichael gave continued encouragement to Wood throughout his life.

In 1911 Carmichael arrived in Toronto and attended the Ontario College of Art where he studied under William Cruikshank and G.A. Reid, also at the Toronto Central Technical School under Gustav Hahn. He began an apprenticeship at the Grip Engraving firm in 1911 where he met Thomson, Lismer, McDonald, Varley and others with whom he sketched on week ends and holidays. A.Y. Jackson in his autobiography described Carmichael in these words, “Frank Carmichael was the youngest member of the original Group, a lyrical painter of great ability and a fine craftsman. He was never free to devote all his time to painting…” It was in 1913 however, that Carmichael had saved enough money to study in l’Académie Royale des Beaux-Arts, Antwerp, Belgium, under Isidor Apsomer and G. Van Du Leben. On his return to Toronto in the winter of 1914-15 he shared accommodation in the Studio Building with Tom Thomson until he married and established a home.

In the following years he worked for Rous and Mann and Sampson-Matthews. As art director for one of these firms he had as an assistant, A.J. Casson from 1919 to 1926. He was a successful industrial designer with a speciality in kitchen utensils and has been credited with introducing the oval dish pan for a steelwares firm. In his paintings he chose Northern Ontario landscapes, and villages of trim box like homes. In 1925 Carmichael helped form the Canadian Society of Painters in Water Colour with A.J. Casson and F.H. Brigden, a society which kept alive interest and development in this medium.

Paul Duval in his book “Group of Seven Drawings” noted Carmichael was better known for his graphic art and wood engravings, particularly in book illustration. He designed and illustrated Grace Campbell “The Higher Hill” all published by Collins of Canada. Most of his painting before 1925 was done in oils, but after that date he turned to watercolours, block prints, and engravings.

He won a silver medal in 1926 at the Sesquicentennial Exposition. In 1932 A.H. Robson wrote, “…His principal reputation to-day rests upon his water-colour paintings in which the medium he has attained an enviable reputation of organization, beauty of design, and the charm of subtle and refined colour.” This was written in the year that Carmichael left the commercial art field for a teaching post at the Ontario College of Art where he remained head of the Graphic and Commercial Art Department until his death.

Keenly interested in music he played the bassoon, cello and flute, and took part in the University Orchestra presentations and other group performances. In 1936 he exhibited in the Group of Seven retrospective show in Toronto. A memorial exhibition of his paintings, and woodcuts was held at the Art Gallery of Toronto in 1947. Another exhibition of his work at the Mount Slavein School, Orillia, in 1960. He is represented in the collections of The Art Gallery of Ontario, Hart House, University of Toronto; Vancouver Art Gallery; St. Hilda’s College Toronto; Montreal Museum of Fine Arts; National Gallery of Canada by a dozen or more paintings; National Gallery of South Africa, and in many private collections.