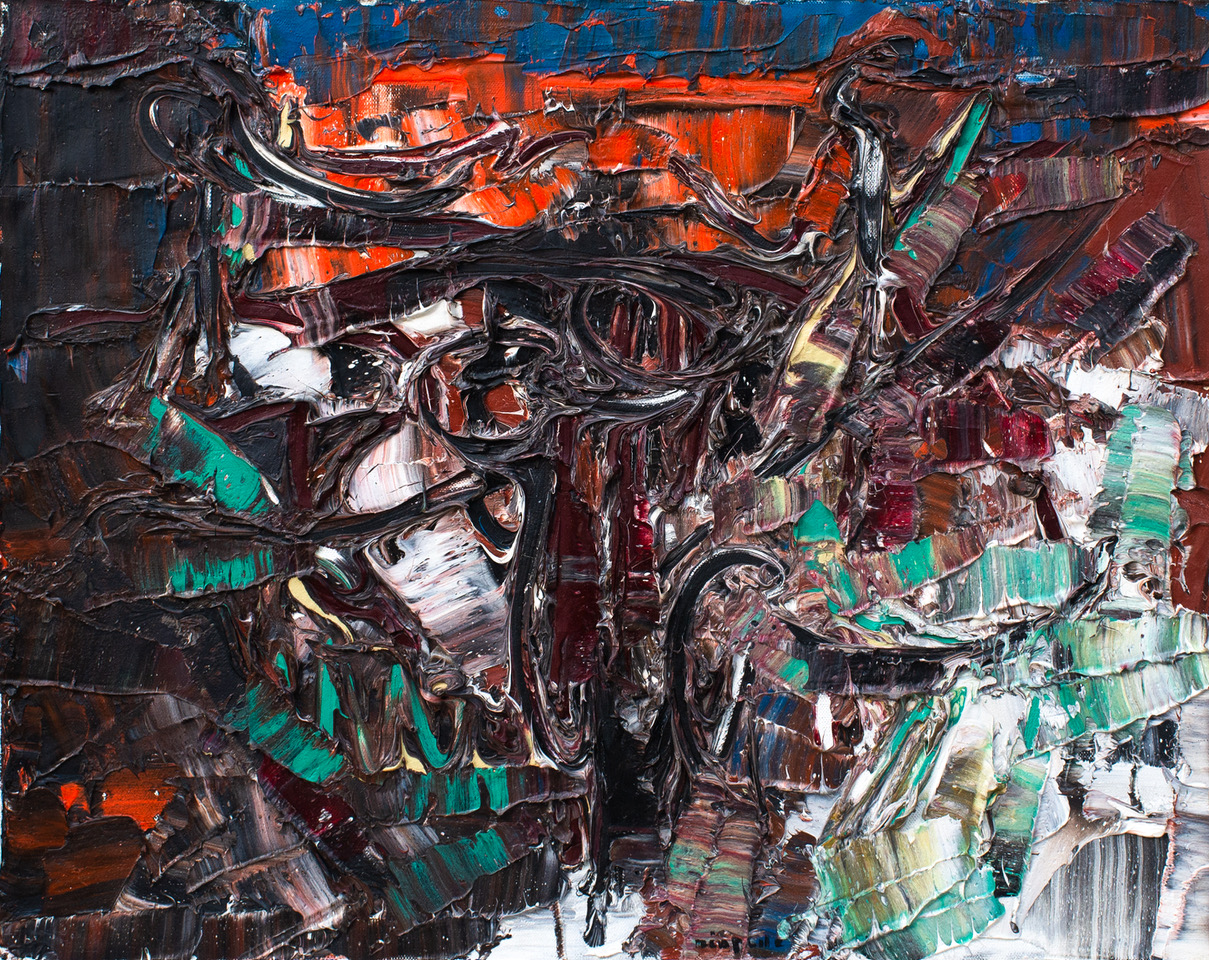 La Lourde, The Heavy, is evocative and bold. “I get there via a free gesture, an autonomous brushstroke” the artist wrote, “not to start from deconstructing nature but to go in the direction of constructing the world.” Riopelle was above all, an independent creative mind. While he remained true to the tenets of Automatism for the entirety of his career, he was always innovating, always pushing the possibilities of paint on canvas.

His selected colours, which here are richly dark and augmented by a brilliant turquoise green, are further shaped by his method of application – which is often very thick. Thus, volume is expressed in the materials of his work by the sheer amount of paint that a canvas could hold, rather than the subject. He then played with light by using varying ranges of gloss in his paints on each work. “…his oil painting technique was always based on these three elements – on colour, volume, and range of gloss.” It is in this final element – the range of gloss – from flat matte to shiny high-gloss, that Riopelle’s works excel. The variations of gloss from one knife stroke to the next, and blends of gloss as the paints were mixed in the creation of the work, are critical to what we now see. Never to be varnished, these subtle variations of gloss cause light reflection to vary in its intensity over the surface of his works, creating a sense of movement and undulating sparkle as we view them. Spending extended time with works by this very distinct Canadian master is a remarkable experience. As ambient natural light around them changes over the course of a day, and is further changed by the seasonal light variations of a year, so too, the reflected light from the works varies, depending on the circumstances in which they are viewed.