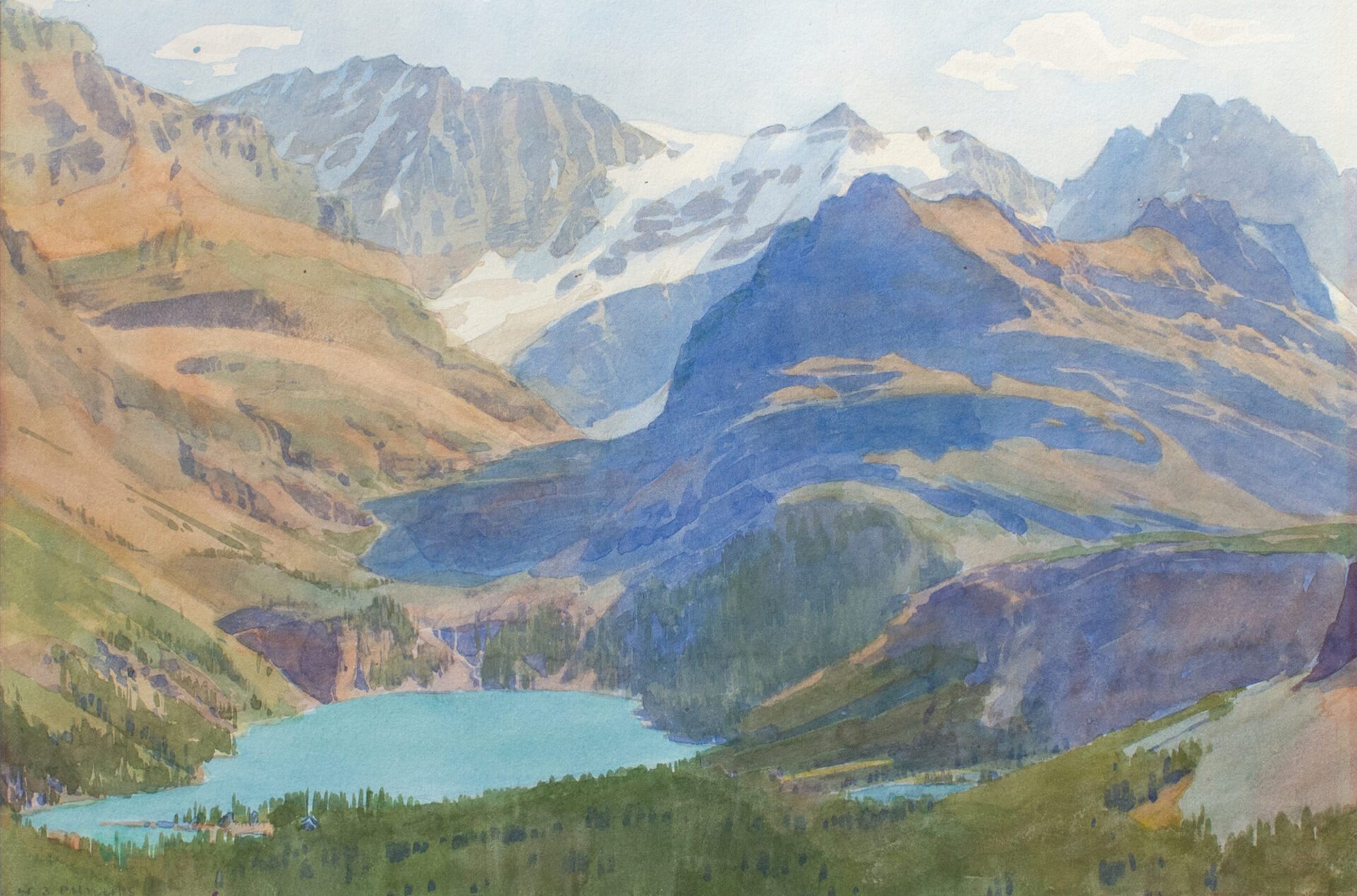 “Lake O’Hara lies among the mountains somewhat in the manner of Lake Louise, but with no enormous Chateau solidly confronting it, with only a community house perched on a knoll and log cabins among the shore-side trees. The water is coloured otherwise also. It has an intense transparency. When you go out on it in a boat you feel as though floating on air, and you may find yourself dropping your hand over the side to assure yourself where the water begins.”
– Frederick Niven, Colour in the Canadian Rockies

In this serene watercolour by Walter J. Phillips, Yukness Mountain at right and Mount Huber to left are viewed from Mount Odaray, all surrounding Lake O’Hara. Walter Phillips was invited in 1936 by Frederick Niven to produce illustrations for a book titled Colour in the Canadian Rockies. Published in 1937, the book details travels through the most famous spots through Banff, Yoho and Kootenay National Parks. The book includes 32 original watercolour illustrations by Phillips, who had received an all expenses paid trip through the mountains to illustrate his surroundings. The Winnipeg Art Gallery holds the version of this watercolour that was ultimately published in the book in their collection.

Born in Barton-Upon-Humber, England, Phillips studied under Edward Taylor at the Birmingham School of Art (1899-1902). He moved to South Africa (1903-1908) before he immigrated to Winnipeg (1913-1924, 1925-40) before settling in Calgary, Alberta in 1941. He is best known for his colour woodcuts (from 1917) influenced by Japanese colour woodcut techniques and the ornamental organic forms of Art Nouveau. He is also known for his watercolour paintings, lithographs, silkscreens, and illustrations. His subjects include rural prairie farming scenes and mountain landscapes in Lake of the Woods, Ontario (1914-1924); Alberta (1925-1935); the Rocky Mountains (from 1936); and the West Coast of British Columbia (from 1926).

He received an honorary doctorate from the University of Alberta in 1960.

Phillips moved to Victoria, British Columbia in 1959 where he died.

His work is represented in the collections of the AAF, AGO, EAG, BM, MAG, NAC, NGC, and WAG. 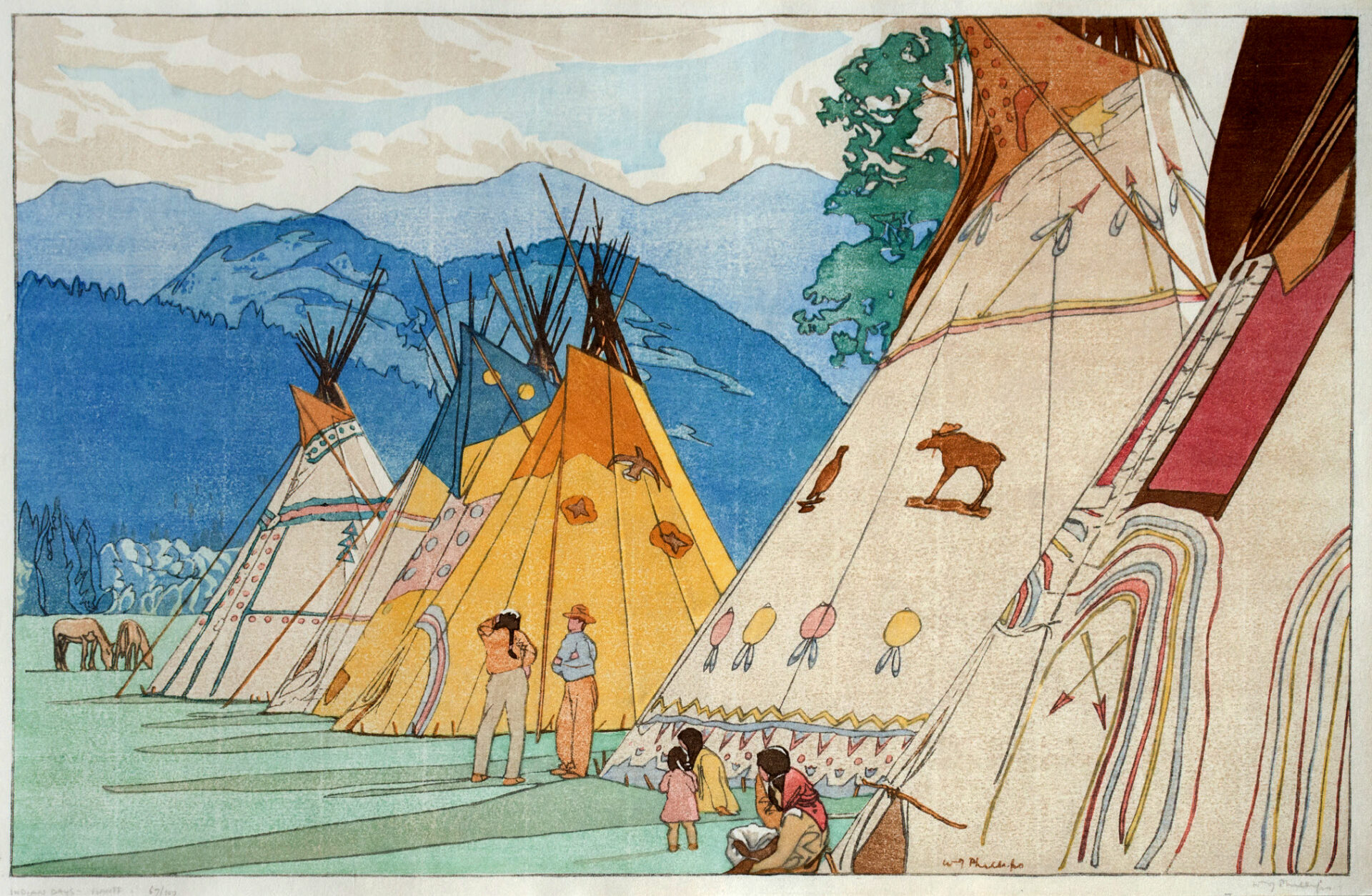 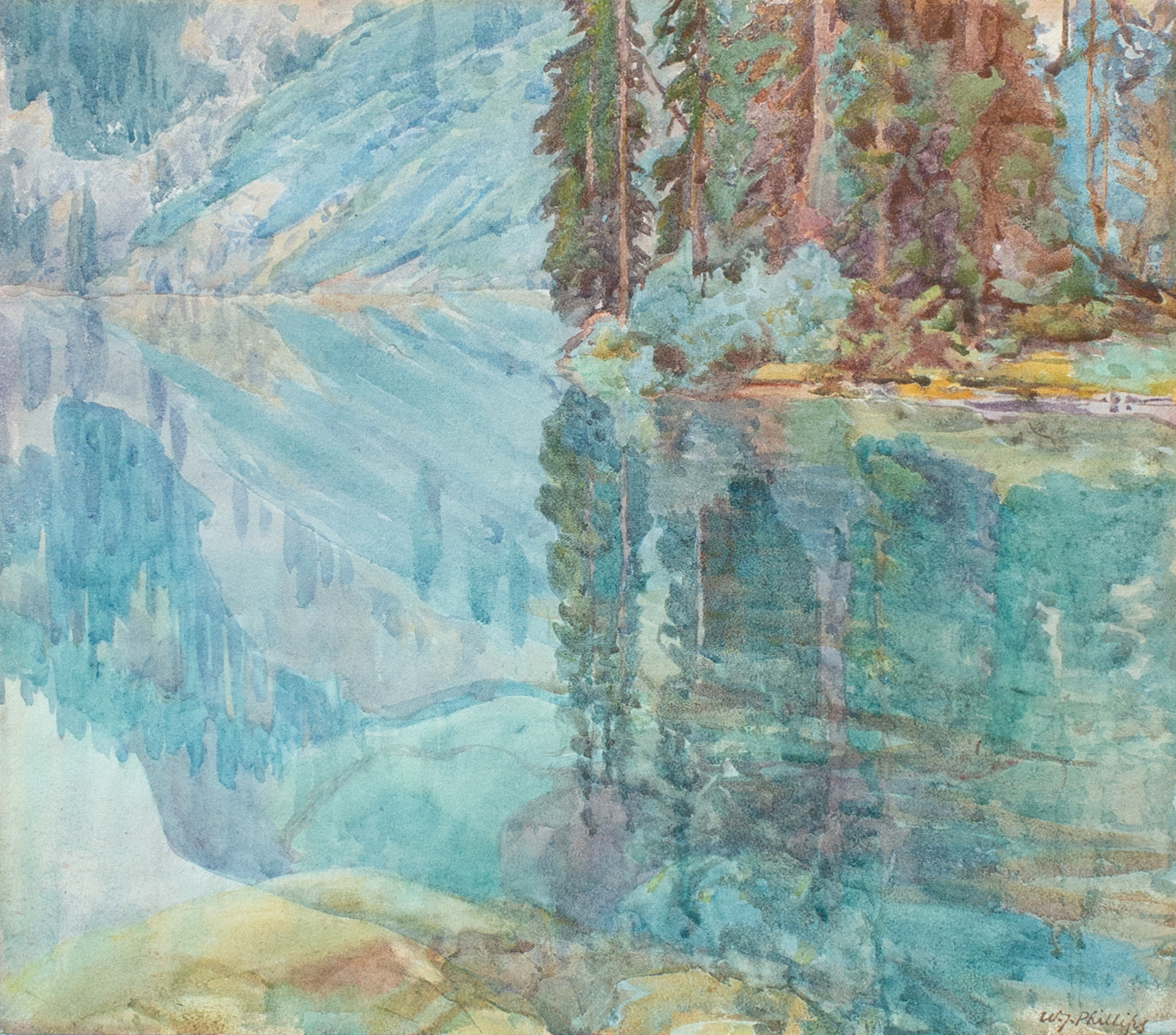 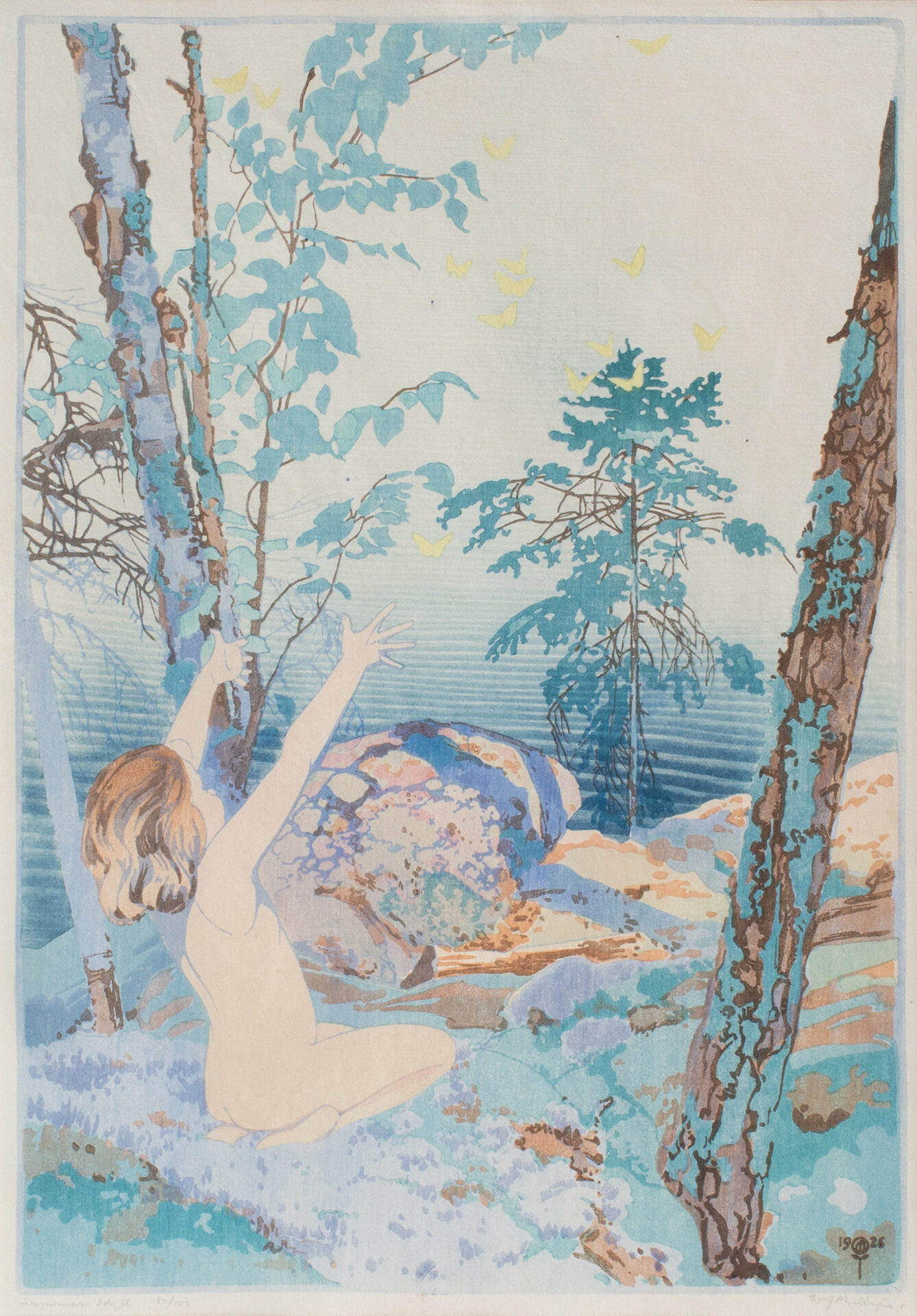 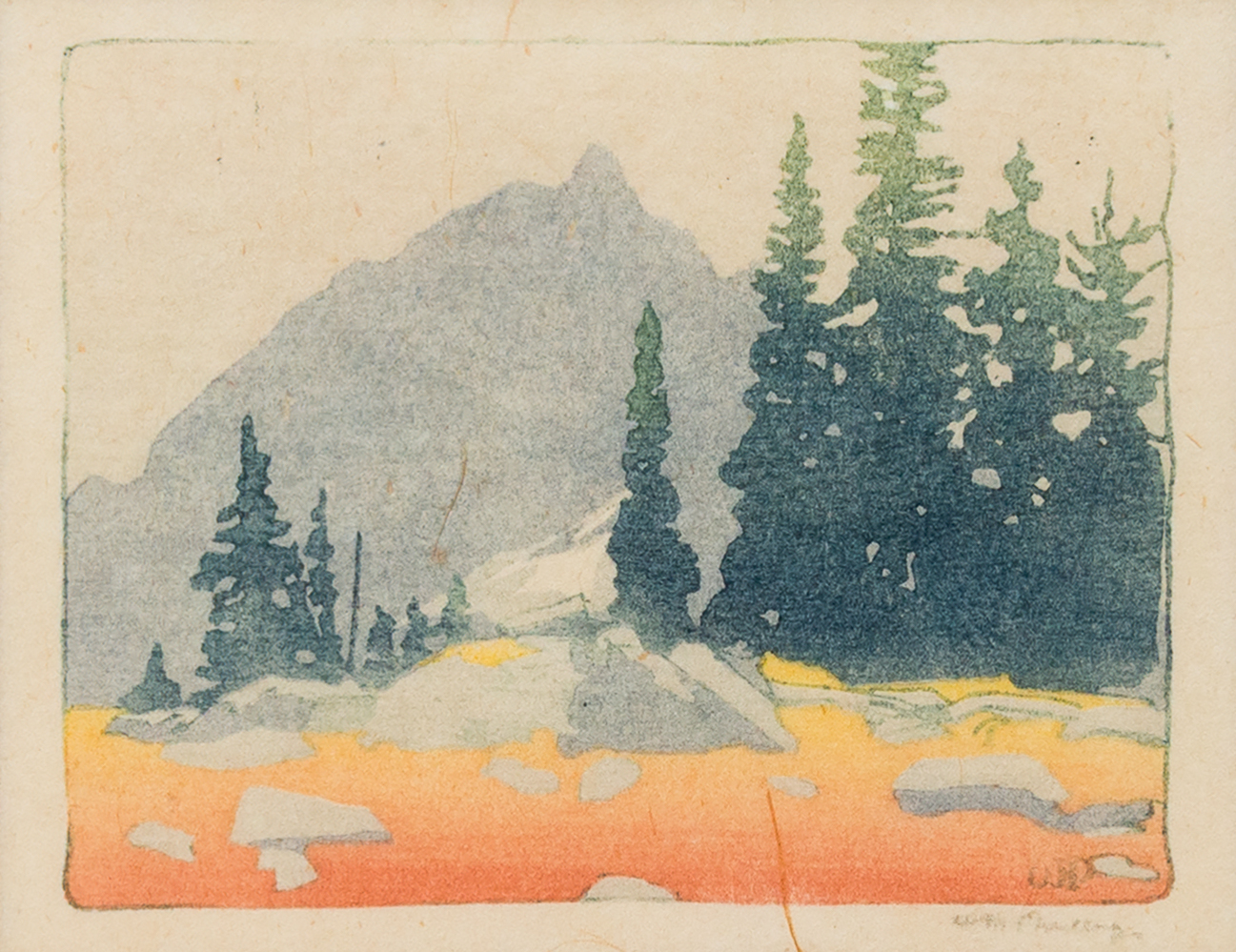