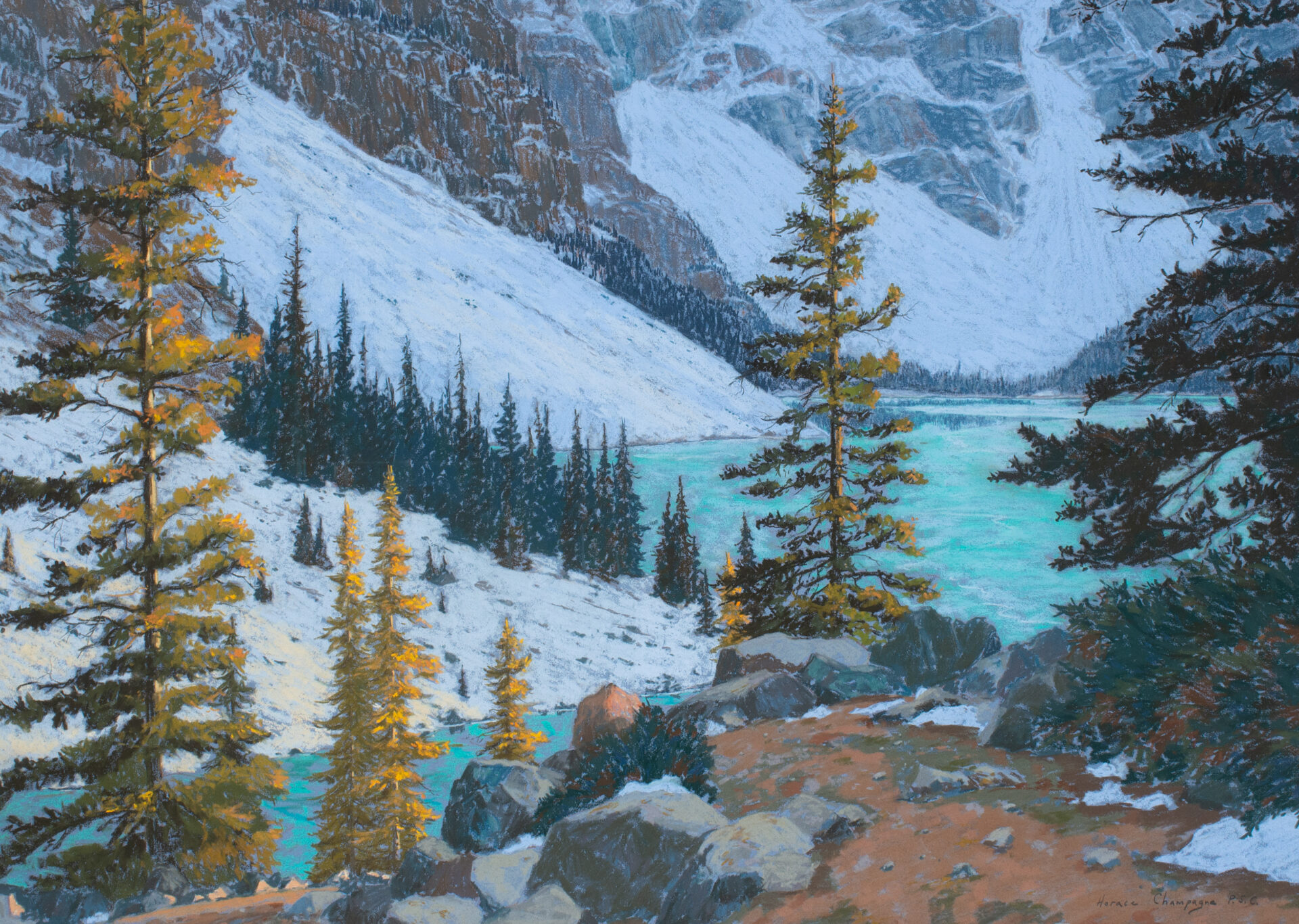 Working in meticulous detail, Champagne depicts scenes of Canada from coast to coast, pushing the capacity of this media to its absolute limit. A Premier Member of Pastel Society of Canada and a Master Pastelist, Champagne’s work most often depicts winter. Brilliant colour against blue-white snow, or snow falling on a wilderness scene, his mastery of this unique medium is apparent. With their buttery consistency, pastel sticks, both chalk and oil pastels, can be difficult to control, as they spread easily and move at the smallest touch. Champagne has thoroughly mastered them, using all the tricks of the pastel trade to create his works.

We thank Lisa Christensen for contributing this essay.

Horace Champagne lives and works from his two studios, one nestled in the woods of Ile d’Orleans in Quebec, the other on the rocks of Rose Blanche in Newfoundland. He made his first trip to Western Canada in 1980 with 20 pastels tucked under his arm and the goal to…

Horace Champagne lives and works from his two studios, one nestled in the woods of Ile d’Orleans in Quebec, the other on the rocks of Rose Blanche in Newfoundland. He made his first trip to Western Canada in 1980 with 20 pastels tucked under his arm and the goal to find a gallery that would buy his work. His first stop was in Calgary. His plan was to sell 10 works in Calgary, rent a car, sell five more in Edmonton, and another five in Vancouver. Since that initial trip more than two decades ago, Champagne has evolved as an outstanding Canadian artist, widely recognized for his mastery of the pastel medium. His colourful landscapes and street scenes are much sought after by collectors.

Champagne is the grandson of the noted artist Charles Ernest de Belle (1873-1939). His experience in design and the graphic arts has been supplemented by studies at the École des Beaux Arts in Montreal, the Ottawa School of Art, and workshops by Charles Movalli in New England and Daniel Greene in North Salem, NY. He has taught the techniques of dry pastel in the Ottawa, Montreal and Rocky Mountain regions.

Champagne’s work has a wide variety of subjects. In 1982, he was commissioned by Masters Gallery in Calgary to produce a series depicting scenes from Alberta’s foothills and Rocky Mountains to the Pacific shore of British Columbia. He has since become well known for these works, as well as his picturesque views of Old Quebec. He continues to paint streetscapes and to explore the changing light and landscape of the Quebec and Ontario countryside near his home. Champagne also travels every year to places such as Tuscany and the Amalfi Coast in Italy, and into the wilds of the Hakai Pass, “about 40 minutes outside of Port Hardy in a very old plane”. He paints outdoors at every opportunity, weather permitting.

His many achievements include a 2010 publication of his work and life by renowned art writer Joan Murray. He has been featured in numerous articles to date in the Pastel Journal. Many other pastel artists use a 2008 DVD, which shows Horace Champagne at work, as a learning tool. 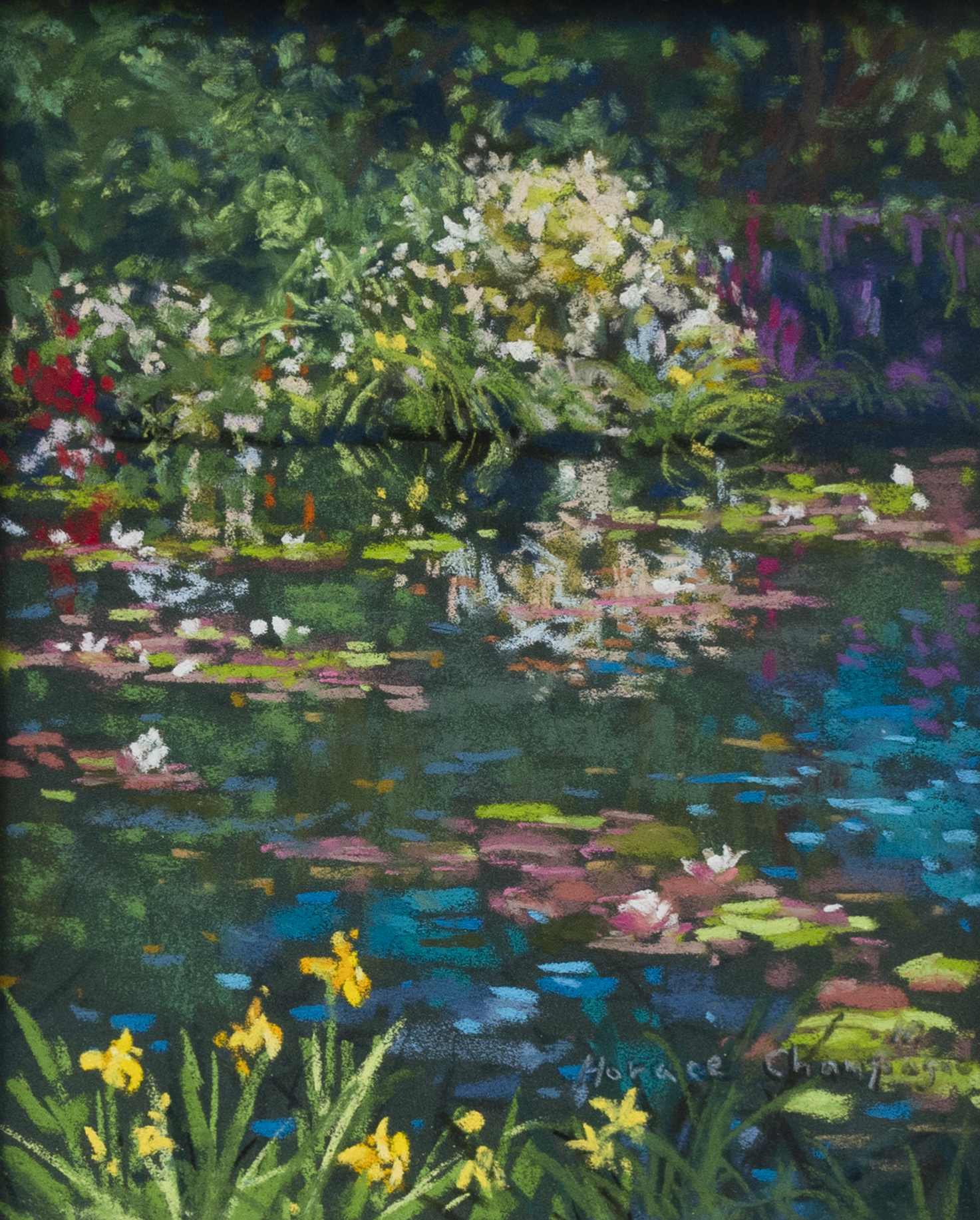 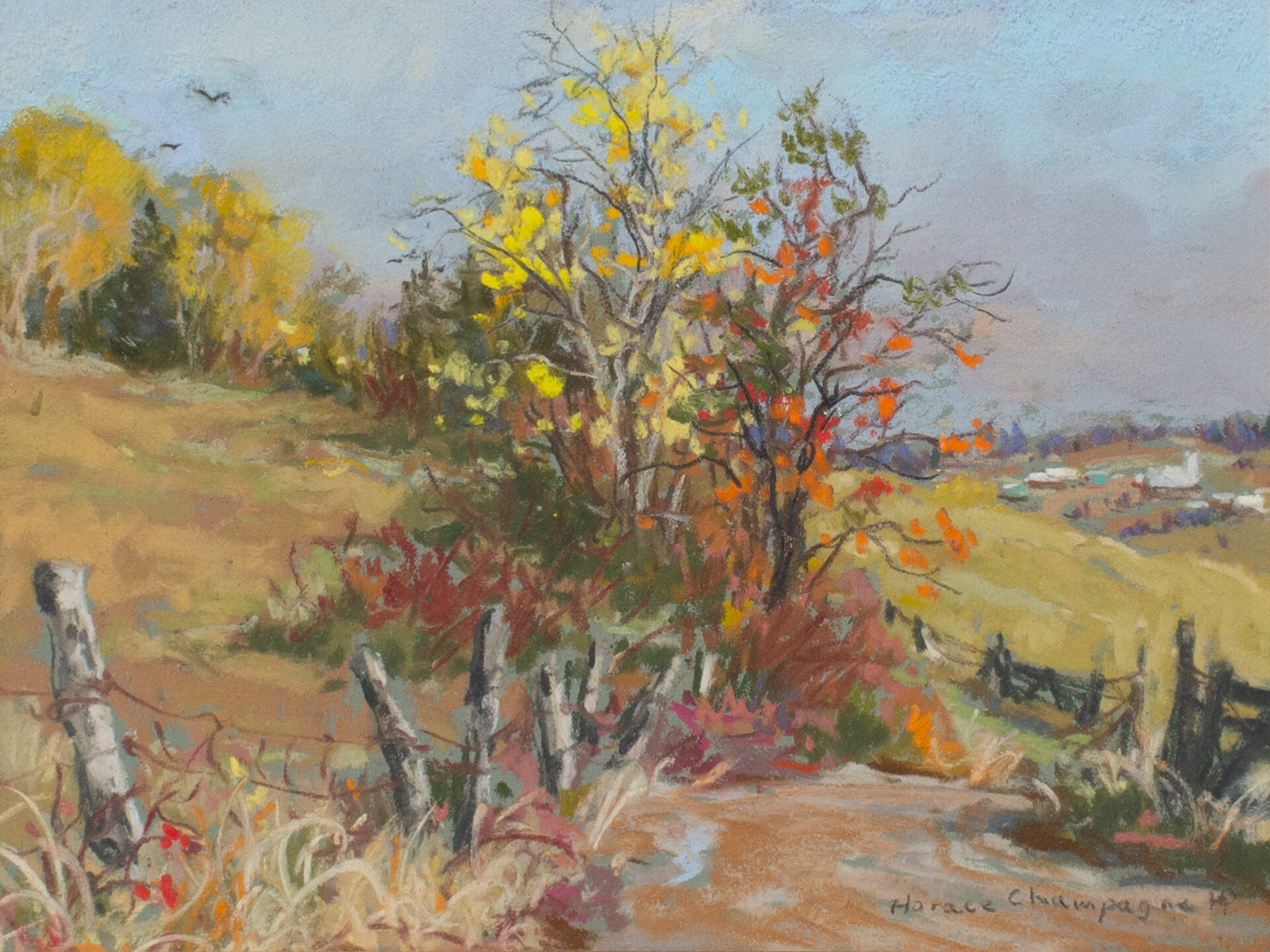 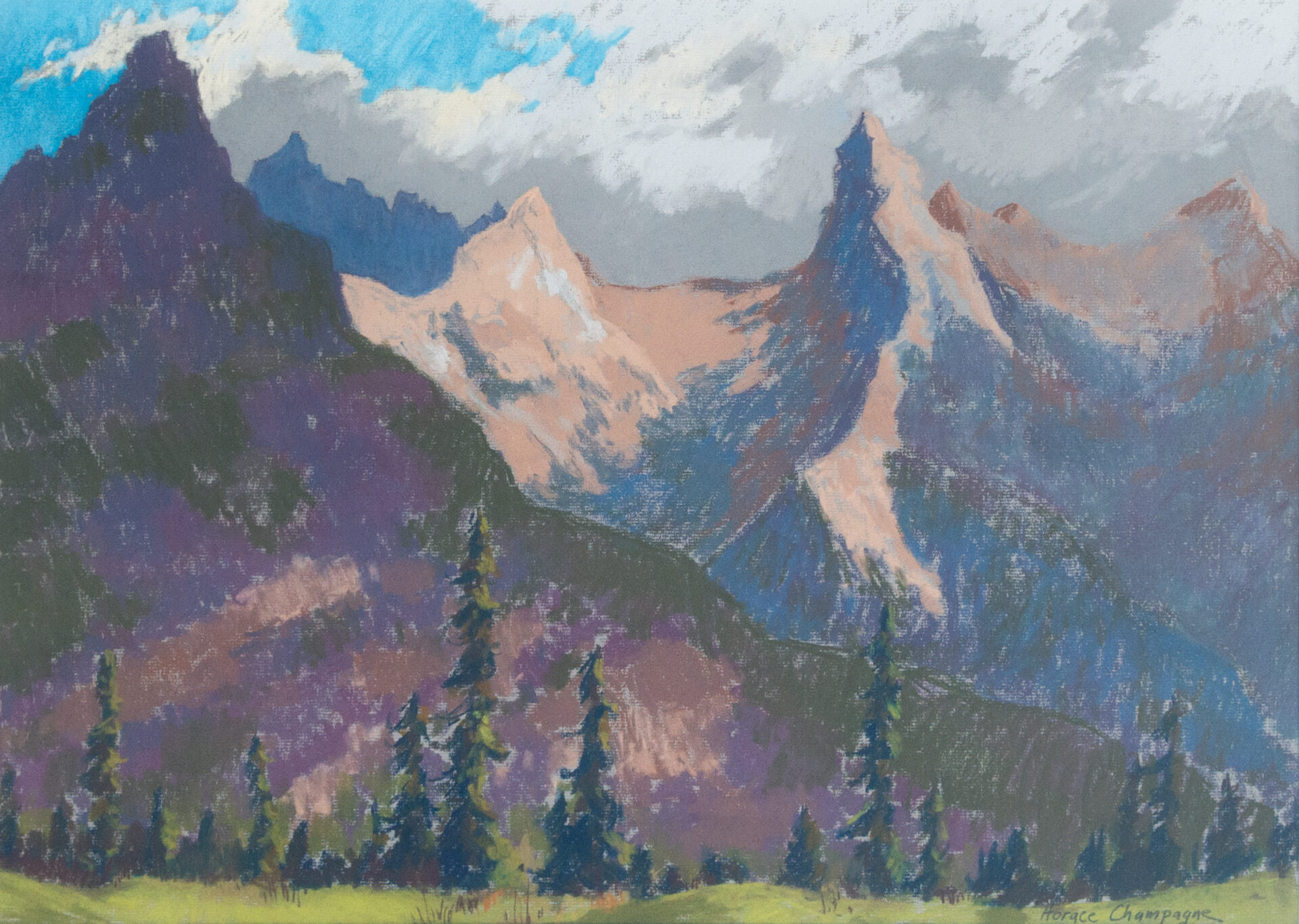 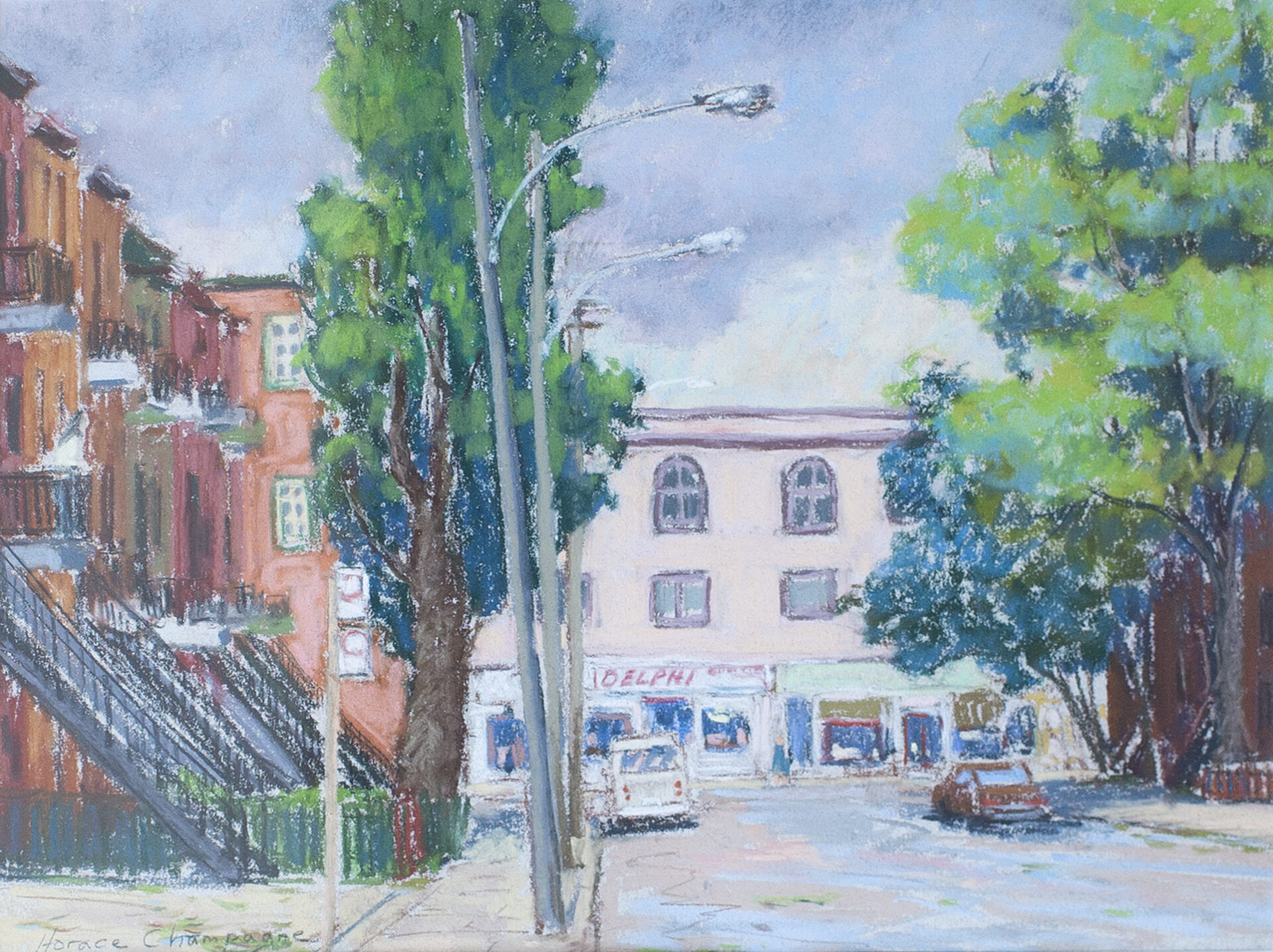