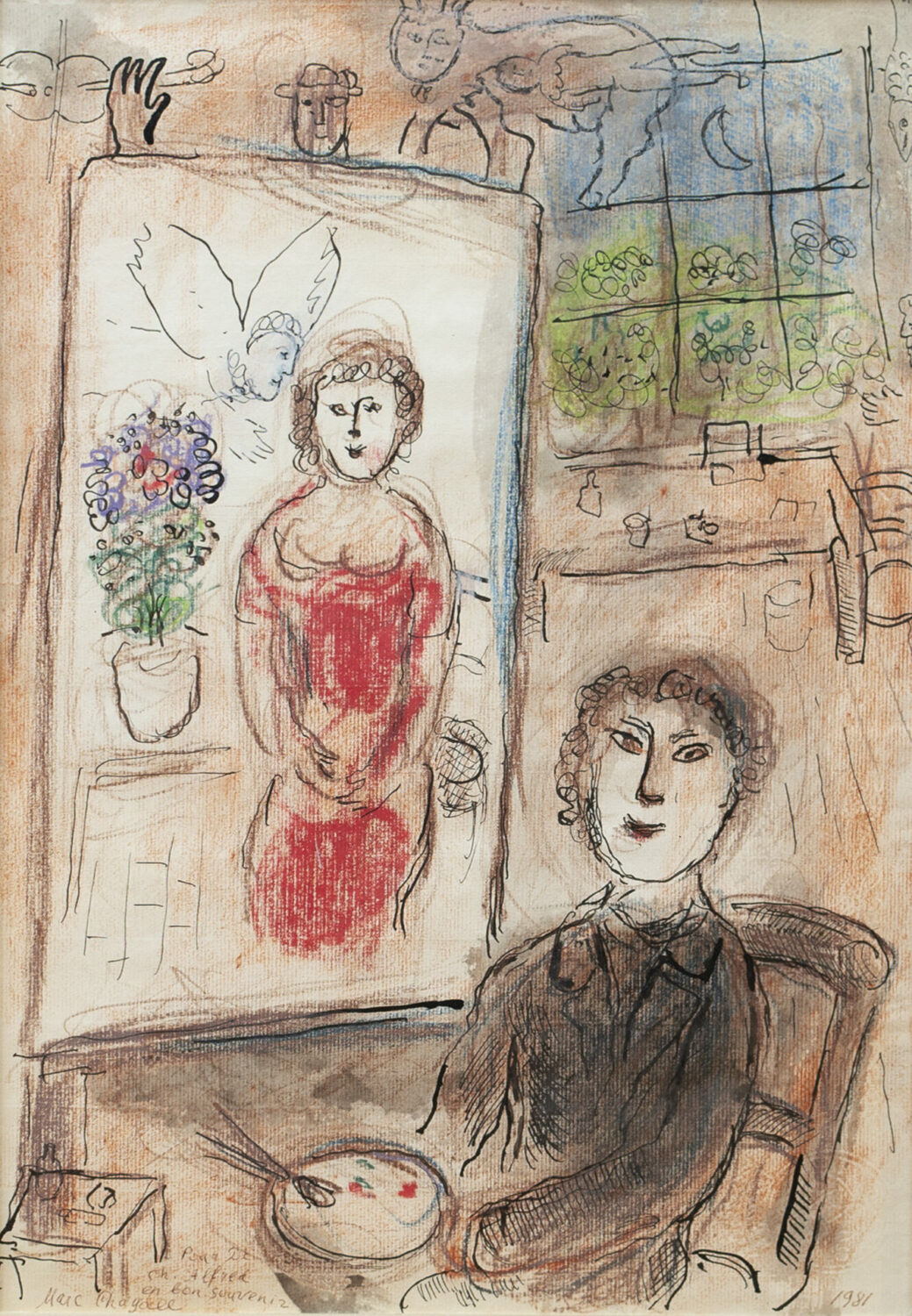 Marc Chagall’s pioneering modernism broached many artistic styles. He worked in painting and drawing, as well as book illustration, ceramics and fibre arts, printmaking, and the design of stage sets. His works in stained glass are found all over the world, from the Art Institute of Chicago and the United Nationals Headquarters in New York, to the cathedrals of Riems and Metz, to the ceiling of the Paris Opera and the Jerusalem Windows of the Hadassah Medical Center’s Ein Kerem campus in Israel.

In the latter part of his life, Chagall was living on the Côte d’Azur, near Saint-Paul-de-Vence, then an artistic centre in Europe. Picasso was there at the same time, and said of him, “When Matisse dies, Chagall will be the only painter left who understands what color is… His canvases are really painted, not just tossed together. Some of the last things he’s done in Vence convince me that there’s never been anybody since Renoir who has the feeling for light that Chagall has.” This feeling for light was honed by his work in stained glass, which, like no other artistic medium, employs light as an active participant in delivering colour to our eye.

Chagall was the last surviving European modernist master, his long and prolific career spanned two world wars and the Russian Revolution. He was a central figure in the golden age of European Modernism, and influenced generations of painters with his surreal, dream-like subjects, his explorations of myth, storytelling, and fantasy, and his love of brilliant colour.

In Le peintre et son chevalet, we see Chagall (we assume) seated in front of a portrait, set presumably in his studio. Motifs common to his larger body of work appear: the cherubs, flying animals, musical instruments, the moon. Chagall’s distinct hand can be seen in the passages of this work that are executed in ink, his light touch, his swirled mark making, and assured crosshatching. He paints a woman in a red dress, seated, hands folded into her lap, flowers at her shoulder. She and the flowers are the main focus of Chagall’s attention to colour in this work, and she is surrounded by white, setting her off from the rest of the image. Thus we have a portrait within a portrait, a fine late career example of Chagall’s multifaceted work.

This work, like others in Chagall’s body of work, is inscribed as “en bon souvenir” and gifted to Dr. Charles Alfred, Chagall’s personal doctor and a well-loved member of the community.