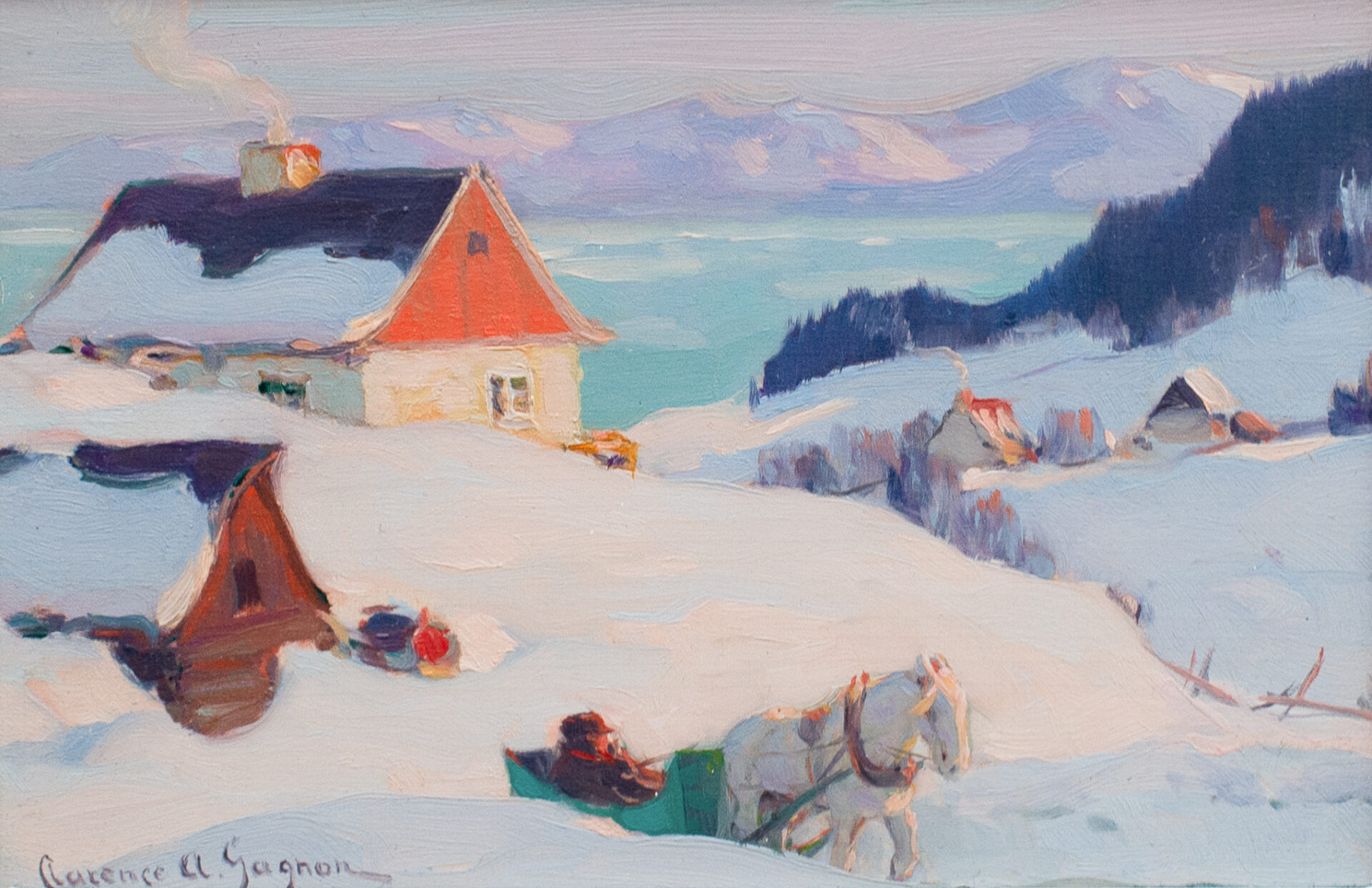 signed and titled on label to verso

In the important book Clarence Gagnon, Dreaming the Landscape, the authors quote the private journal of Swiss author Henri Frédéric Amiel (1821 – 1881) who refers to landscape as “a state of mind.”1 Amiel suggests that “each individual landscape possess a certain significance that inspires a particular state of mind in the artists representing it.”2 Amiel further suggests that under this inspiration, the artist projects himself into the work, so much so that his or her personality becomes imprinted onto nature through the landscapes that he or she paints. This is particularly true in Canadian art, where so much of the art historical record is of the land itself.

Amiel’s idealist view and the work of Gagnon result in a romantic depiction of the Quebec landscape. The light is a gentle kaleidoscope of pastel, wherein the snow brings every colour of the palette to life by filtering it through white. Gagnon had a particular eye for architecture; the architecture of the village, with a particular affection for certain roof-slopes and certain colours of paint, as well as for the architecture of the landscape, with sweeping valleys neatly bounded by swathes of forest, distant views of the St. Lawrence, and the low mountains of his beloved Quebec. With its beautiful colour and gentle, inviting scene, it is indeed, as the title of the aforementioned book suggests, as if Gagnon has dreamed this landscape. 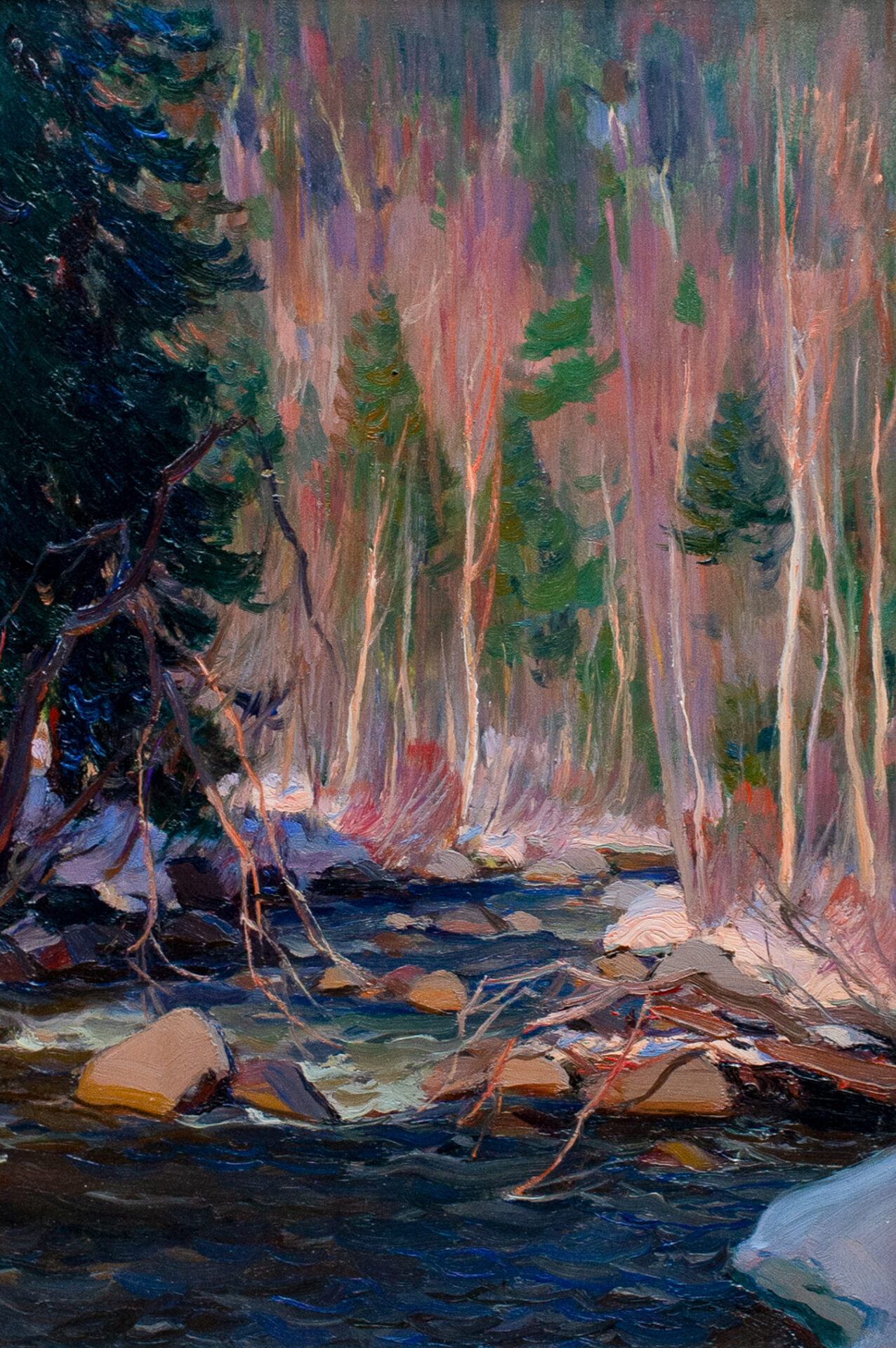