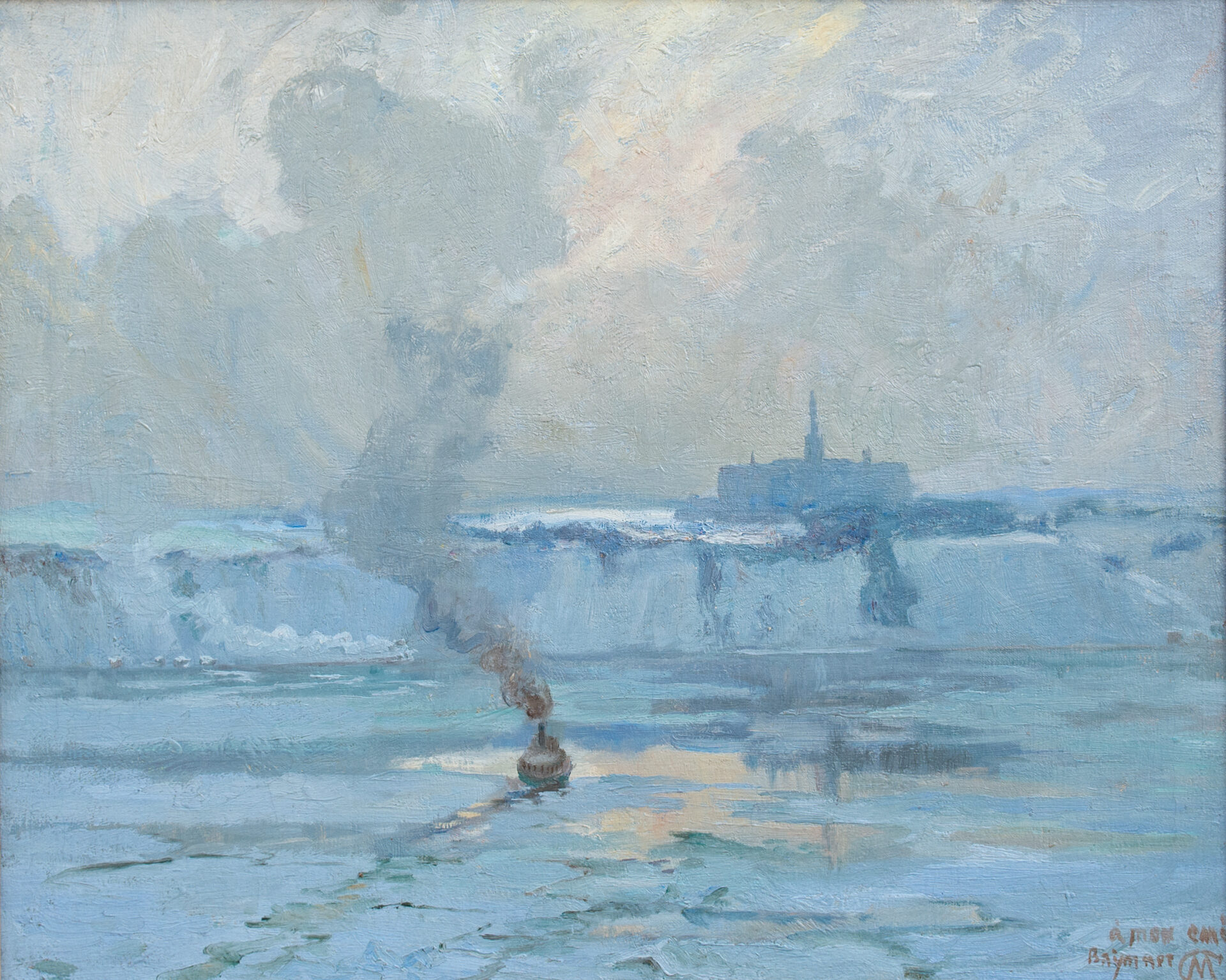 Quebec from Lévis, and variations on that view, were a staple in the work of Canadian Impressionist Maurice Cullen. He was a dedicated plein-air painter, as working out-of-doors, he felt, was essential to his ability to render the landscape in the vivid colour that he observed. Even in the dead of winter, when he often stood for hours in snow-shoes, out-of-doors was essential, so that he could accurately render the subtleties of each scene. The shattered, glimmering sky in this work, filled with ice-fog that hangs in the air above the St. Lawrence River, tells us that the temperature is well below freezing. It is this authenticity of experience that brings Cullen’s winter scenes to life. They are evocative of J.M.W. Turner, humble marine scenes of working boats, valiant and determined in their roles in the sea, captured in a still and beautiful moment that belies their industrious work.

Here we see the ferry that ran regularly between Lévis and Quebec City, busting through the pans of ice that float on the river, allowing for the reflection of the golden sky to come through, broken by steam from the ferry as it chugs away from us. This view, painted so often, is the subject in some of Cullen’s masterworks, such as the nocturn Winter Evening, Quebec, c. 1905, in the collection of the National Gallery of Canada. The ferry, so iconic because of Cullen’s work as well as that of James Wilson Morrice, has become a character in the cast of Canada’s icons, and is as recognizable as Tom Thomson’s blasted pine or A.Y. Jackson’s sagged-roof barn. It is a symbol of old Quebec, as essential a theme in Canadian Impressionism as haystacks are in the work of French Impressionism.

This work carries the added cache of bearing the inscription “to my friend Brymner” in the lower right corner of the front of the work. Cullen refers of course to William Brymner; artist, teacher, and colleague to many of Canada’s finest early painters. Brymner’s influence as an open-minded, experimental teacher was boundless, his list of distinguished students is even longer than his list of distinguished colleagues, among whom he counted Maurice Cullen. 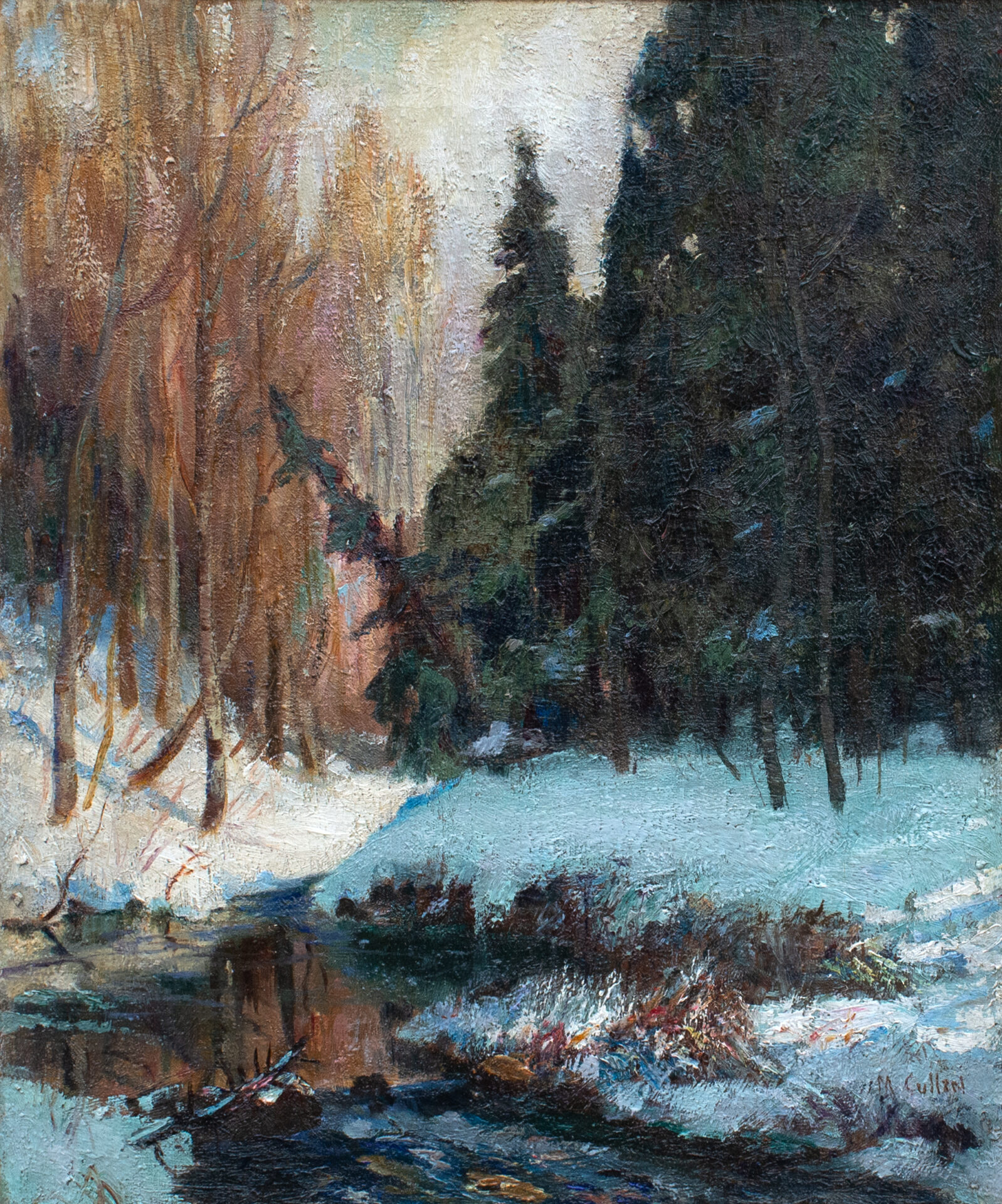