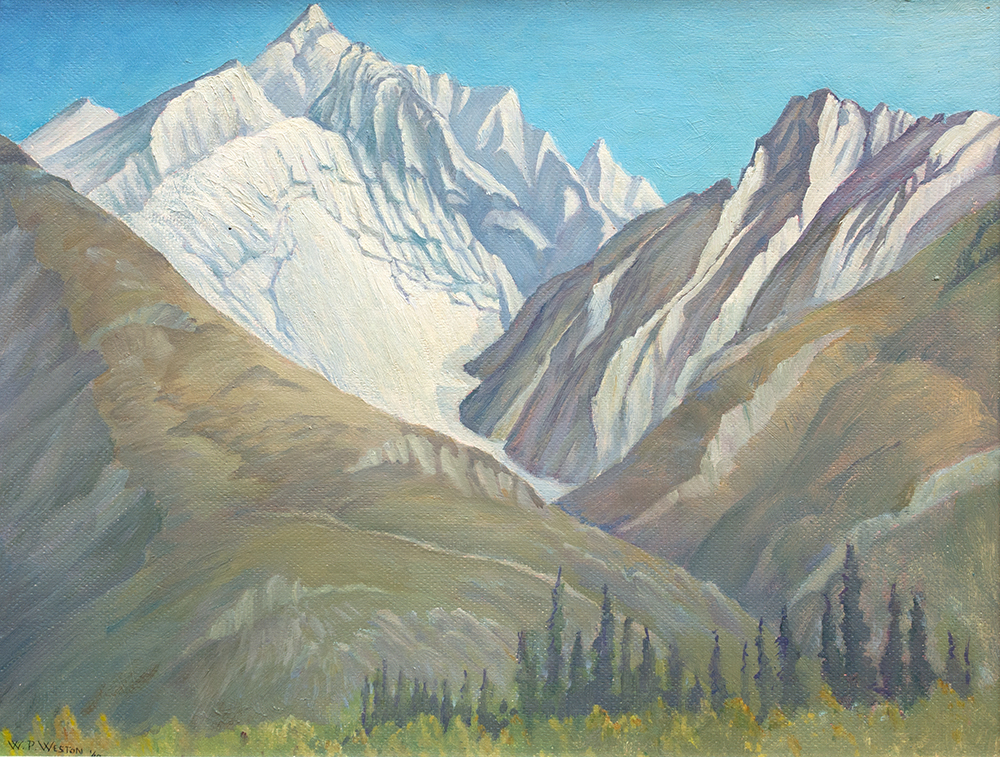 Upon moving to Canada from England in the early 20th century, William Weston developed a passion the landscape of British Columbia. Originally trained in the British tradition, in the 1920s the artist began to paint the Western landscape with a simplified, but sculptural style that was influenced both by the Group of Seven and contemporary Art Nouveau and Japanese design trends. Weston was fond of the sculptural forms and patterns to be found in the mountain ranges (1), a subject he would paint into his late career,
exemplified here in Limestone Peak, Rocky Mts.