Robert Pilot spent time sketching in the Rocky Mountains around the years of 1949 – 1950. The exact details of his trips are not well documented, but during these two years, the work he produced places him at Jasper, Sunwapta Falls, and in this canvas, the Columbia Icefields. Pilot’s rendering of the Rocky Mountains brought him great regard, and “contributed to the prevailing view of Canada as a country of blue and white peaks with pink and purple shadows” (1)- we can certainly see these qualities in the cool tones of Moraine of Athabaska Glacier.

This painting was included in the major Retrospective of Pilot’s work in 1968, and comes from the collection of J.W. McConnell, a prominent Montreal businessman, publisher of the Montreal Star, and philanthropist. Despite his massive successes, McConnell is most well remembered for his incredible philanthropic generosity, and is noted to have played a key role in the establishment of many institutions in Montreal, and the McConnell Foundation still operates to this day. 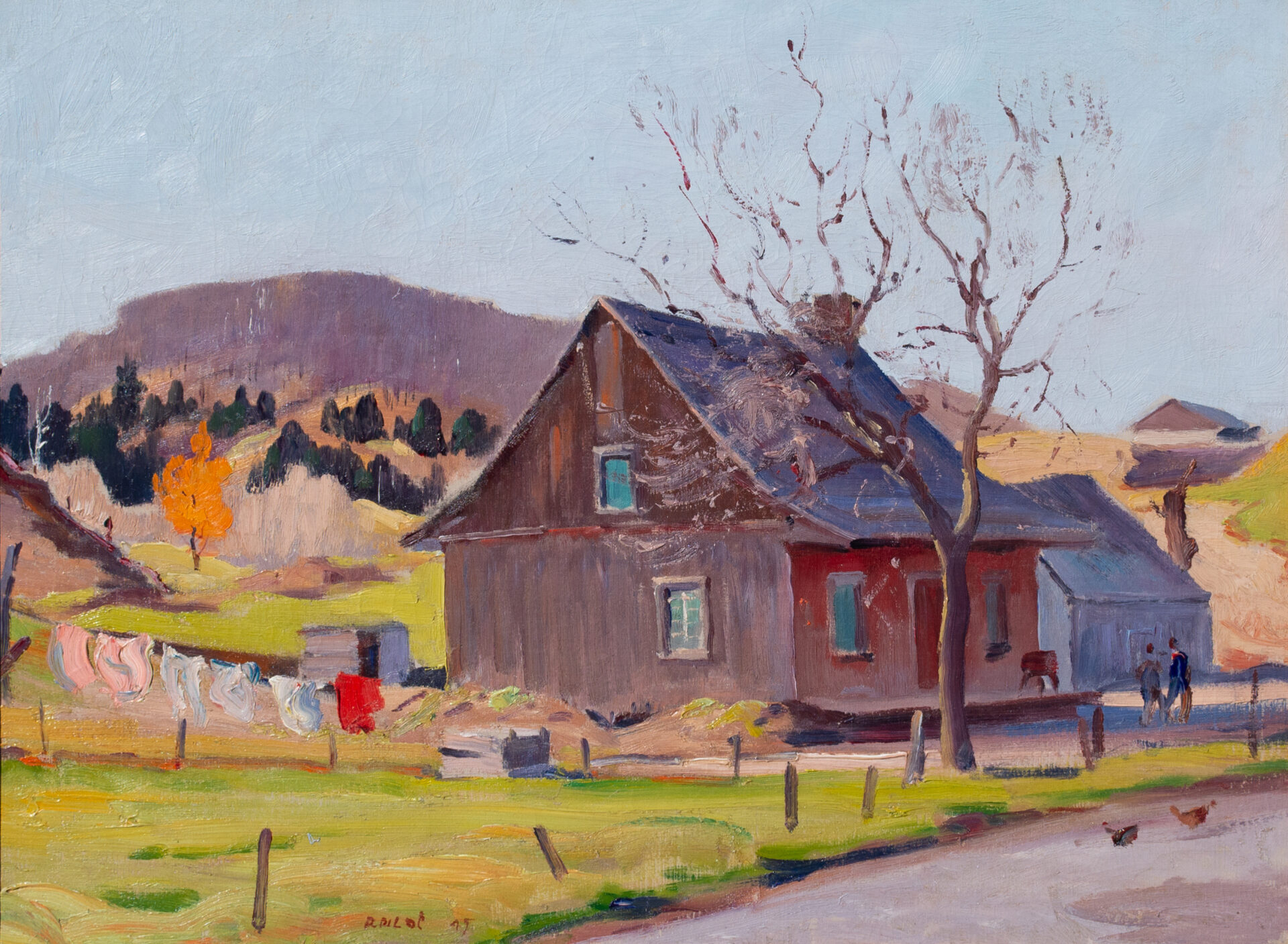