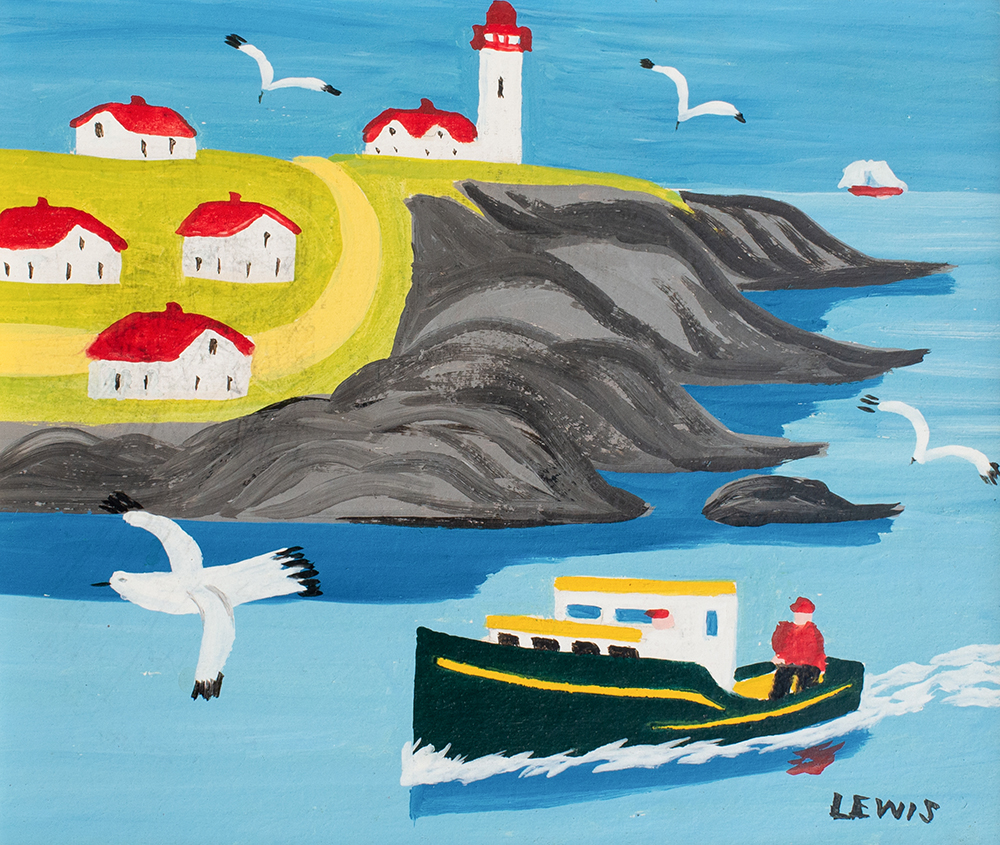 In March 2017, volunteers at the New Hamburg Thrift Center in Southern Ontario unexpectedly discovered this work, Portrait of Eddie Barnes and Ed Murphy, Lobster Fishermen, Bay View, N.S. while sorting through their donation buns. A volunteer recognized the work of Nova Scotia painter Maud Lewis, and after having the painting authenticated by J.C. Miller Antiques and Lewis expert Alan Deacon, the Mennonite Central Committee put the work up for auction. The work received an enormous amount of fanfare, and the auction coincided with the release of Maudie, the biographical film released about the artist in 2017. The serendipitous find of the painting brought about a renewed national interest in Maud Lewis, whose work had spent many years in relative obscurity outside of Nova Scotia. During the auction, the work toured to the Art Gallery of Nova Scotia, to Homer Watson House and Gallery, and bids soared immediately.

Affected by arthritis and other health problems from an early age, Lewis spent her whole life in Marshalltown, Nova Scotia, and lived most of her adult years in a rural one room house. She spent her time painting cheerful scenes of horse-drawn sleighs, oxen, deer and other charming depictions of Nova Scotian life, selling work for $1 or $2 a piece. Portrait of Eddie Barnes and Ed Murphy, Lobster Fishermen, Bay View, N.S. is an extremely rare work for Lewis. As of 2021, only one other work of this particular subject matter has been recorded at auction. 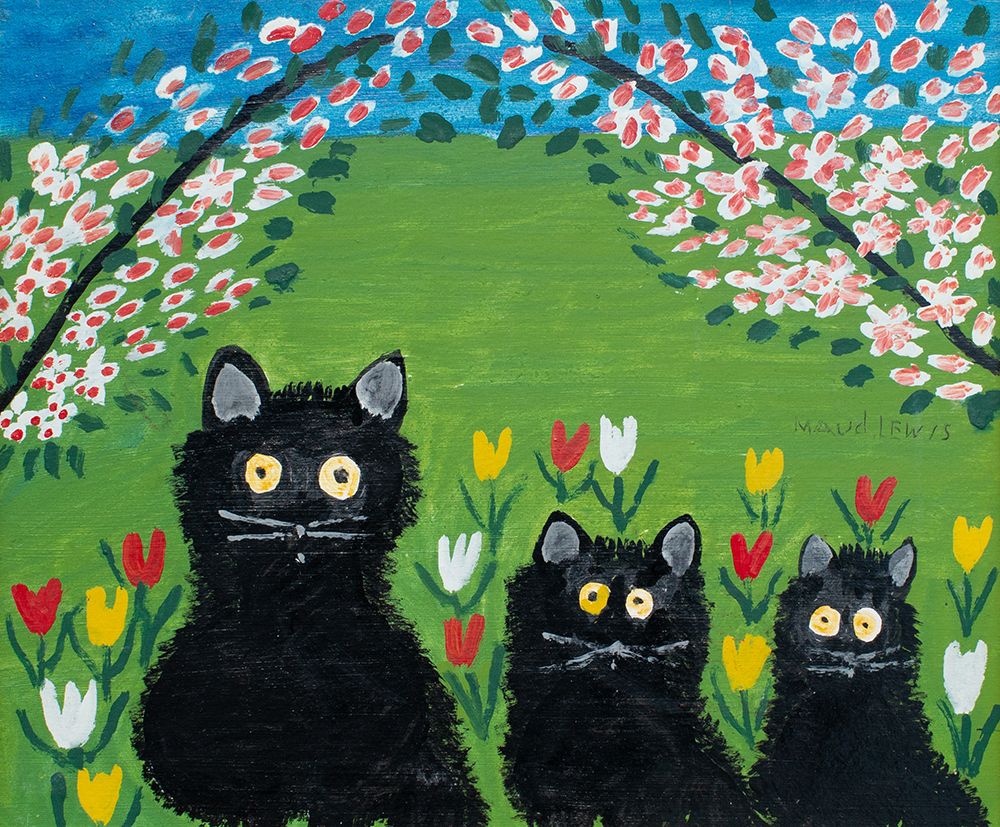 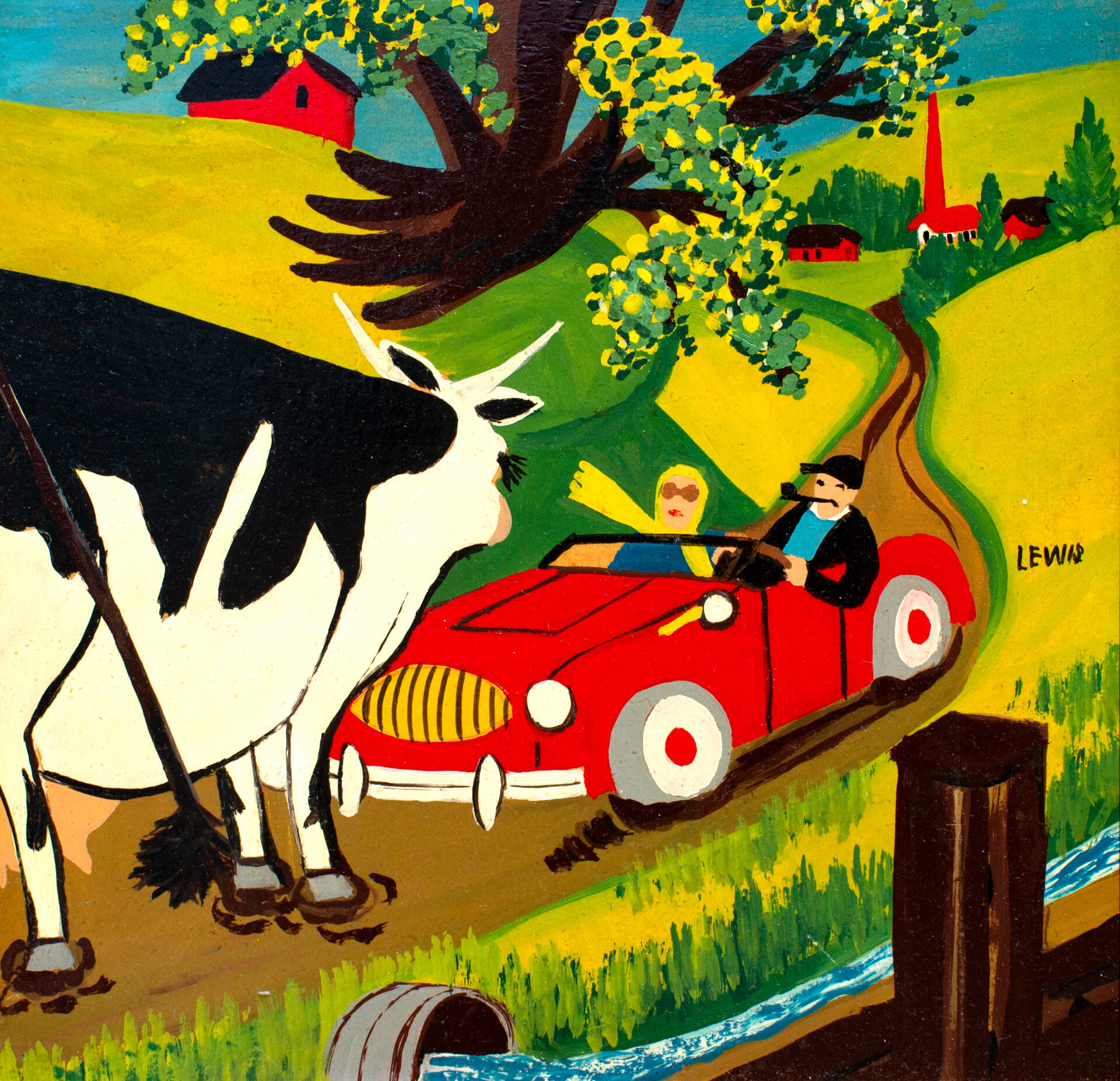