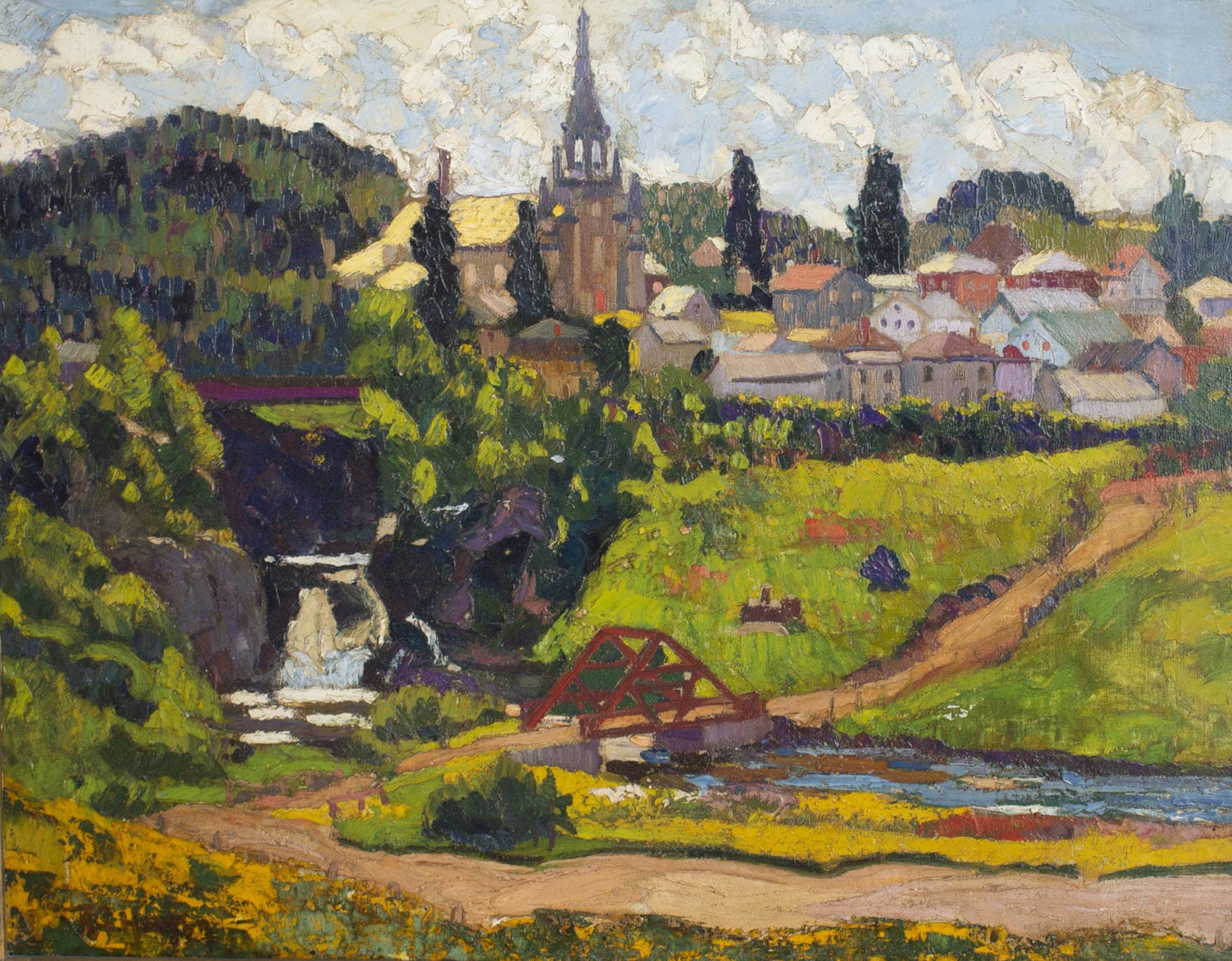 Randolph Hewton was a student of the iconic teacher William Brymner at the Art Association of Montreal, who’s influence in shaping Canadian art was profound. While not an Impressionist painter himself, Brymner encouraged experimentation and individuality in his students, a trait key to his skill as a teacher. Hewton, winning the Wood Scholarship, also trained in Paris at the
Académie Julian, meeting A.Y. Jackson there in 1912. They would both enlist in the army in 1915, Jackson serving in the 60th Battalion and Hewton in the 24th. Notably, Hewton was awarded the Military Cross in 1918, for gallantry at the Battle of Somme, a horrific chapter in WWI wherein 1.2 million men were either killed or wounded. Upon his return to Canada he showed with Jackson, and through this came to associate with the members of the Group of Seven, who invited to show with them in 1920. He also would play a critical role in the formation of the Beaver Hall Group that same
year. After the Group of Seven disbanded, Hewton became a founding member of the Canadian Group of Painters.
This sun-drenched scene shows a Quebec village on hill, church at the centre and a street flowing below. With its brilliant colour, attention to light and atmosphere, and staccato brushwork,
the work is likely to be an early one, as it shows the influence of his time in Paris, and his studies under Brymner.