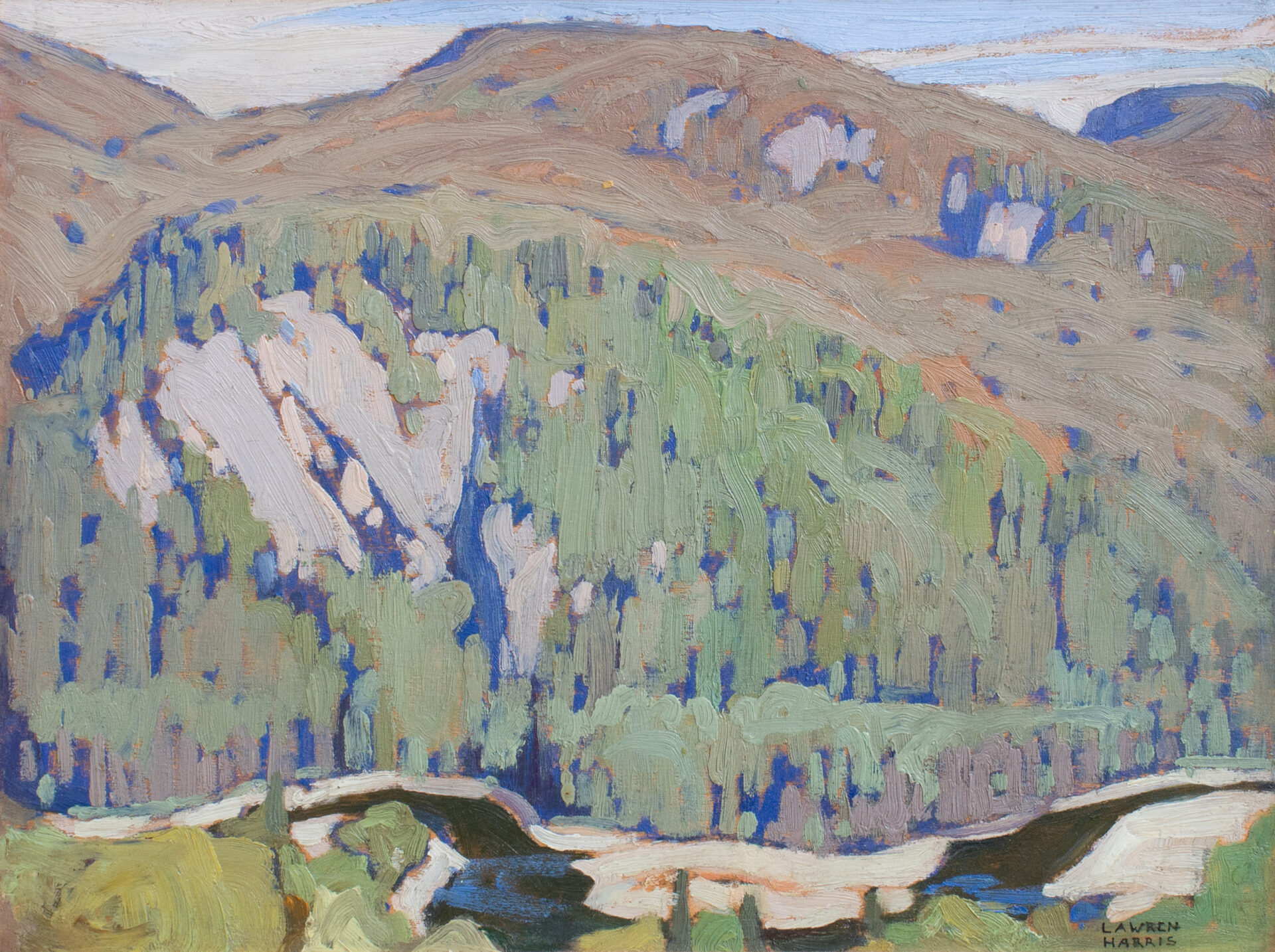 In the spring of 1918, Lawren Harris visited Algoma as part of his recuperative process after a breakdown and discharge from the army during WWI. A sensitive individual, Harris could not reconcile what he had experienced overseas while in Toronto: nature was the only answer. His friend Dr. James MacCallum took him north of Sault Ste. Marie, and into some of the most picturesque country in eastern Canada. Wild and inaccessible, Algoma’s rivers, lakes, canyons, and waterfalls were exactly what Harris needed.He embraced the scenery, letting the atmosphere of the forest wash over him. The experience re-engaged him with his art, and allowed him to conquer his demons.

Back in Toronto, he boasted of the area’s endless subject matter to his fellow artists, and J.E.H. MacDonald, A.Y. Jackson, and Frank Johnston. Johnston and MacDonald joined Harris and MacCallum when they returned again that fall. These trips were the beginning of a long association with Algoma and the famous boxcar trips using the Algoma Central Railway car, outfitted with bunk beds and a stove, and moved from siding to siding, serving as home base for daily painting excursions and evening critiques. It was thus that Algoma gave rise to some of Canada’s finest art.