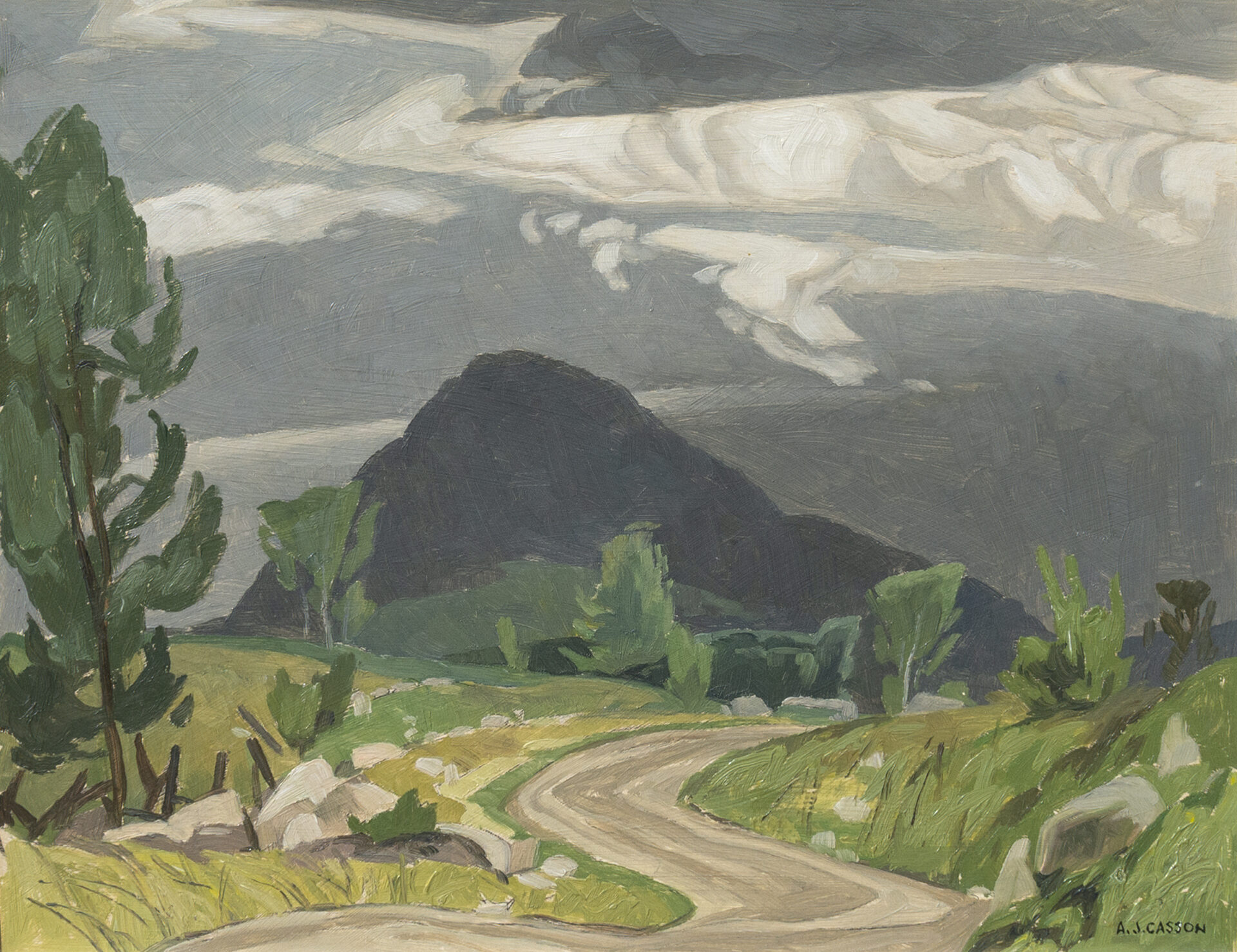 Casson spent time traveling and painting throughout the Madawaska Valley in Southern Ontario starting in the early 1950s. Yantha Lake is located in this valley, about five minutes away by car from the community of Barry’s Bay. Casson completed many impressive panels in this area – in 1951, a Casson panel of Yantha Lake was even selected by the City of Toronto to gift to Princess Elizabeth (1). Especially present in Road Near Yantha Lake is his interest in capturing tumultuous countryside skies. He noted in a 1984 interview that “the best things [he’d] done were around the Madawaska Valley, Combermere, Bancroft and La Cloche” (2). Road Near Yantha Lake was exhibited in the OSA. Small Picture’s Exhibition of 1960, which was annually held at Roberts Gallery in Toronto.