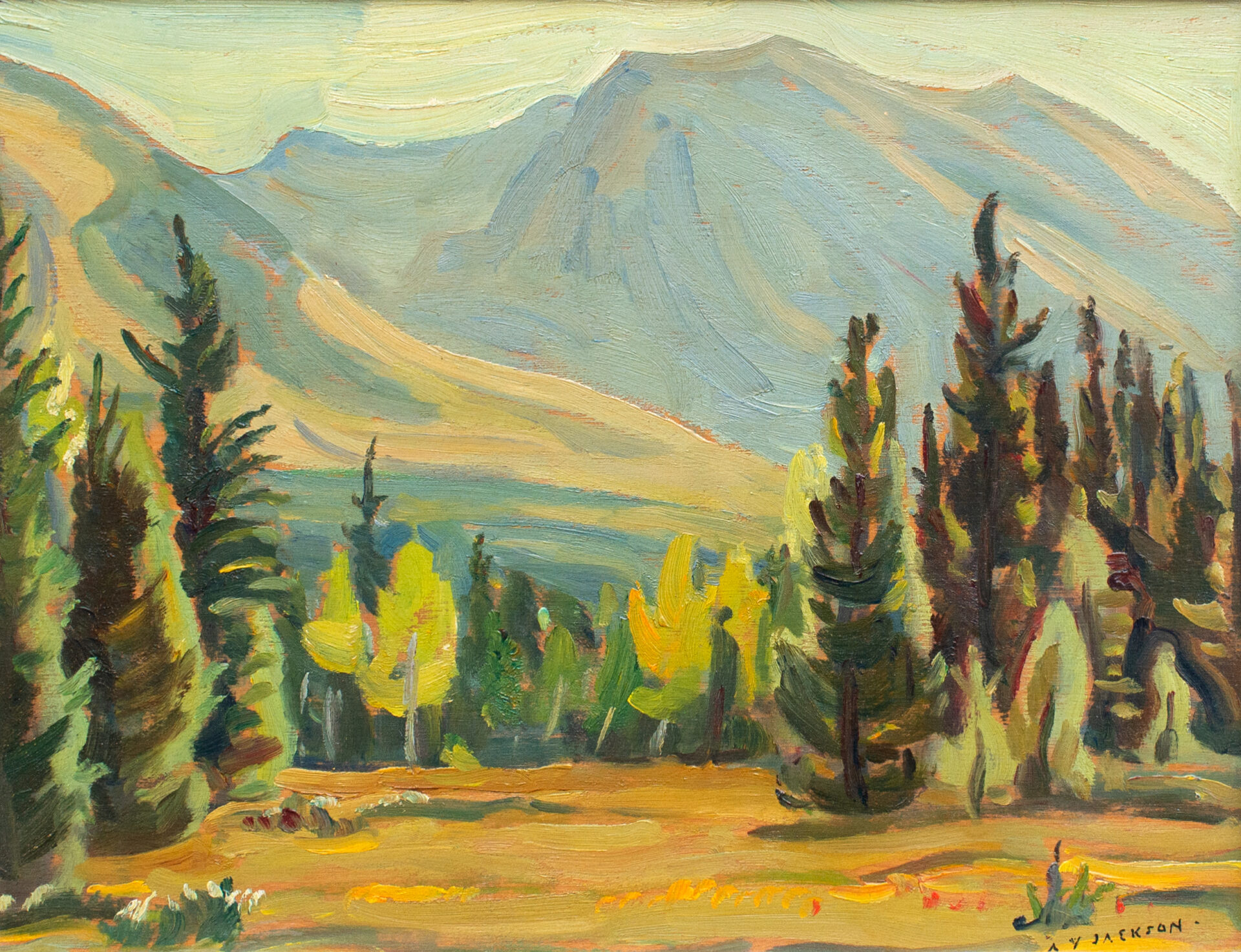 In 1943, Jackson took over George Pepper’s position as an instructor at the Banff School of Fine Arts. “I have never considered myself a teacher,” he wrote in his autobiography, “but I did my best”. He evidently did well, as he continued to teach at Banff until 1949. In his off time, he would paint and sketch around the area. In 2021, Art historian and rocky mountain expert Lisa Christensen identified the mountain in this painting as Grotto Mountain, with the shoulder of Mount Lady MacDonald to the left of the panel. The exact view can be found on the pathways near the Nordic center in Banff. Here, Jackson has highlighted the bright yellows and greens of early fall in the Rockies.