The charming building, set in the village of Glen Williams, Ontario, depicted in this fine Casson panel has an interesting history, going back as far as 1857. The fact that is was still standing when Casson painted it was remarkable, as so many buildings met their fate in a fiery demise prior to modern fire proofing and fire-fighting. The fact that it is intact today is even more remarkable.

Built by James Laidlaw, and now called The Laidlaw House, its first role was as a home and grocery store. It was seized and sold when Laidlaw defaulted on the mortgage in 1869. It subsequently became a tin shop, then reverted to grocery store, and then in 1877 the post office was added. It has taken on many roles in the years since, everything from pottery shop to ice cream parlour to beauty salon in recent times, to a liquor store in the years prior to prohibition. At the time Casson painted it, it was a general store (that sold ice cream) under lease to William Schenk. It is now home to Reeve & Clarke Books, purveyor of fine and rare books.

Canada’s art history is rich with stories such as the one that this work tells, in which we can examine a work in detail, discovering our history in the process. The Laidlaw House was designated as a Heritage Property in 2010, and it seems quite fitting that it is now a rare bookstore, as Casson’s treatment of it seems to rarefy the building itself, which seems to sit so peacefully amoung the trees. With the shade of dancing shadows, the awning stretched out over multi-paned windows, and the street
winding its way to the front door, it gently and warmly invites us in. 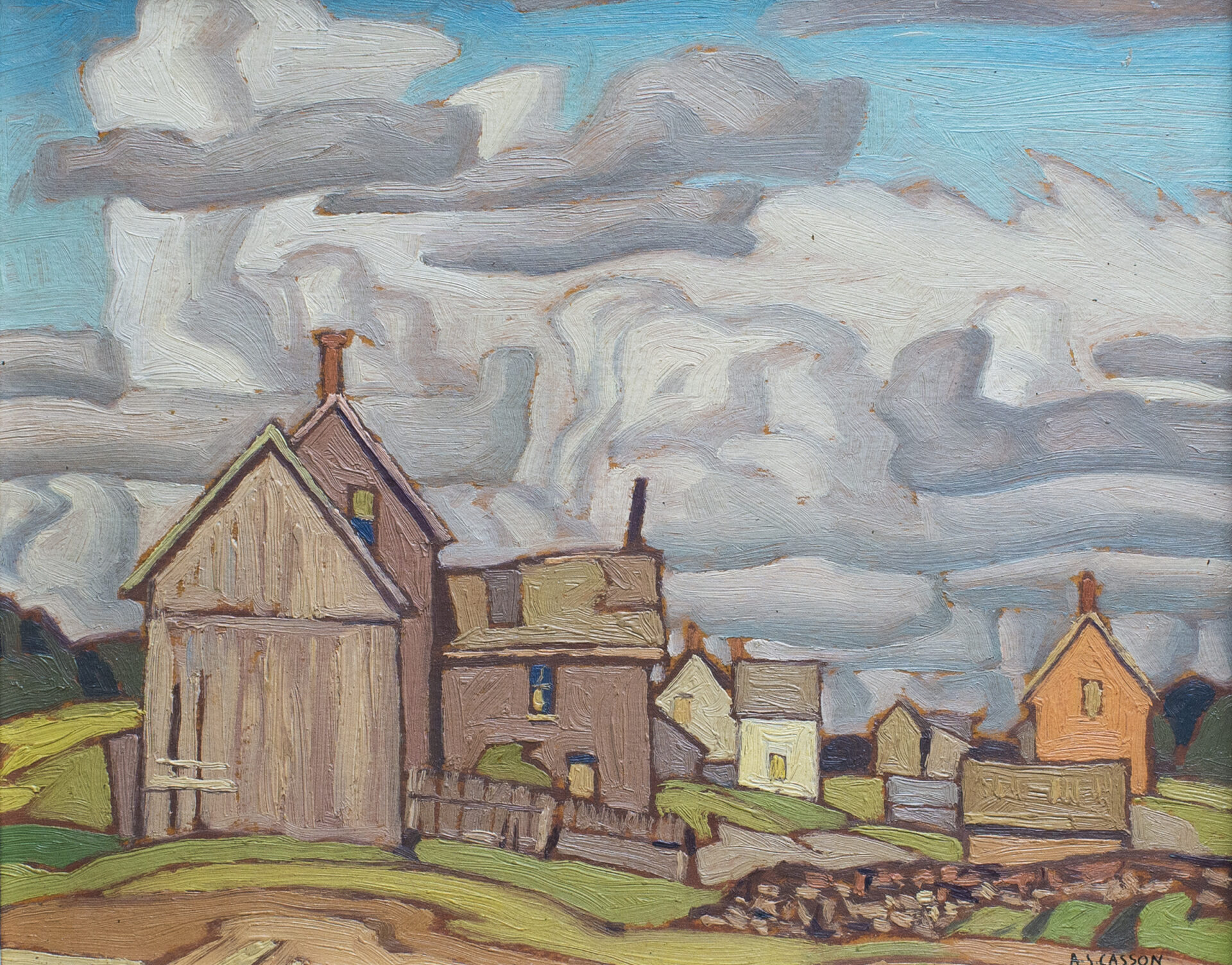