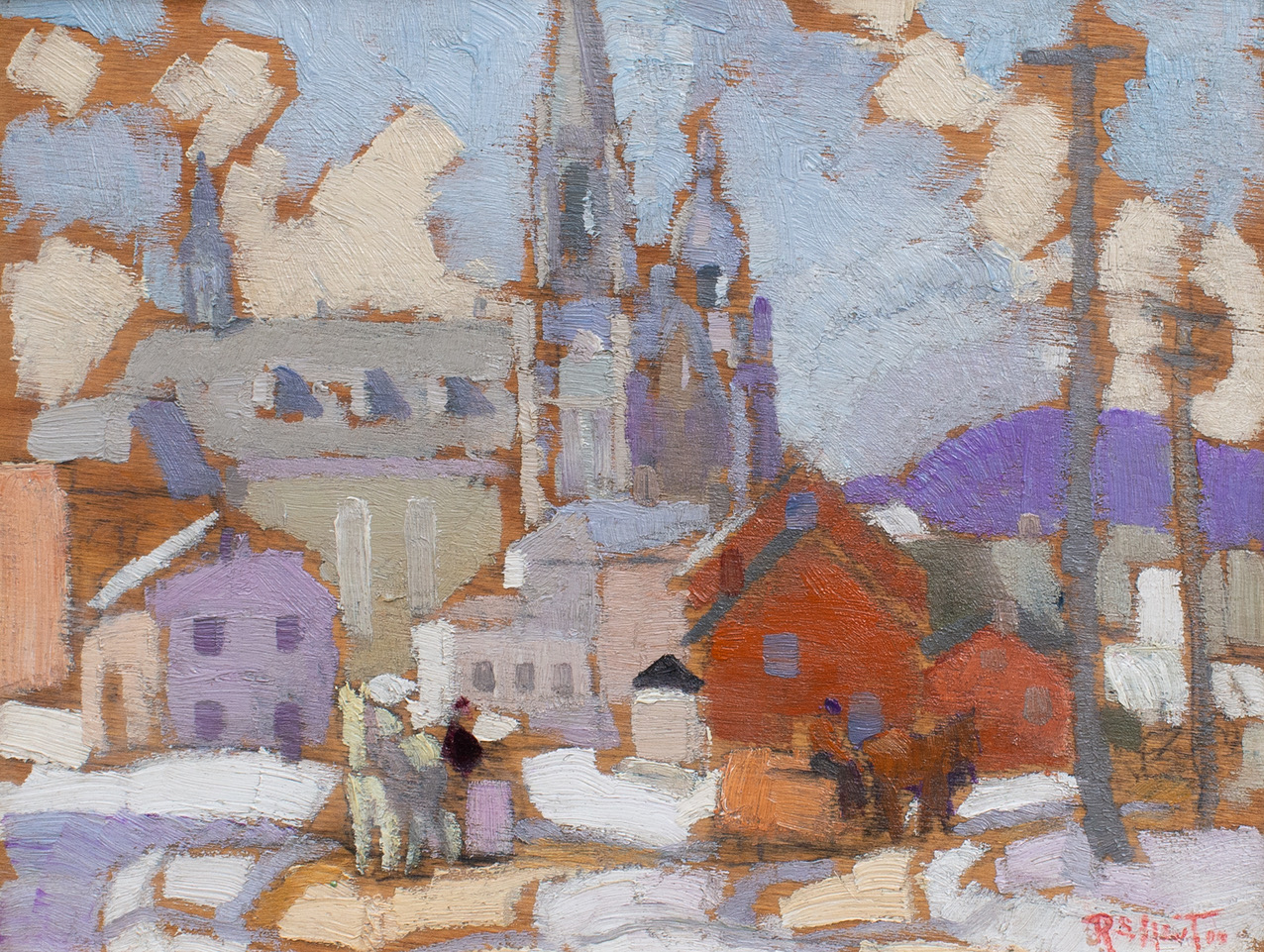 Randolph Hewton is the product of both good fortune and excellent timing. He had the opportunity to study under William Brymner at the Art Association of Montreal in 1908 and immediately following that, funded by some friends, to travel to Paris to attend the Académie Julian for two years. He met A.Y. Jackson in Paris, and the two would paint together en plein air there, and back in Canada, where they exhibited together in 1913. French modernism had heavily influenced both of their styles, and their joint show was a critical and financial failure. Hewton was forced to take other work to support himself, but would continue to paint with Jackson, who introduced him to other Quebec painters. He was active in the professional associations that supported art, and served as Principal of the Art Association of Montreal from 1921 – 24, and was elected to the RCA in 1934. He was invited to show with the Group of Seven at their inaugural exhibition, and came to know them and their circle, sketching with a wide variety of fellow-painters, and would become a founding member of the Canadian Group of Painters, which supplanted the Group upon their demise.

This beautifully coloured sketch depicts a favourite sketching ground of both his, and A.Y. Jackson’s, that of Baie St. Paul. While the location and the choice of subject, a church, two horse carts, and two wayside crosses may remind us of Jackson, the colour and composition are uniquely Randolph Stanley Hewton.