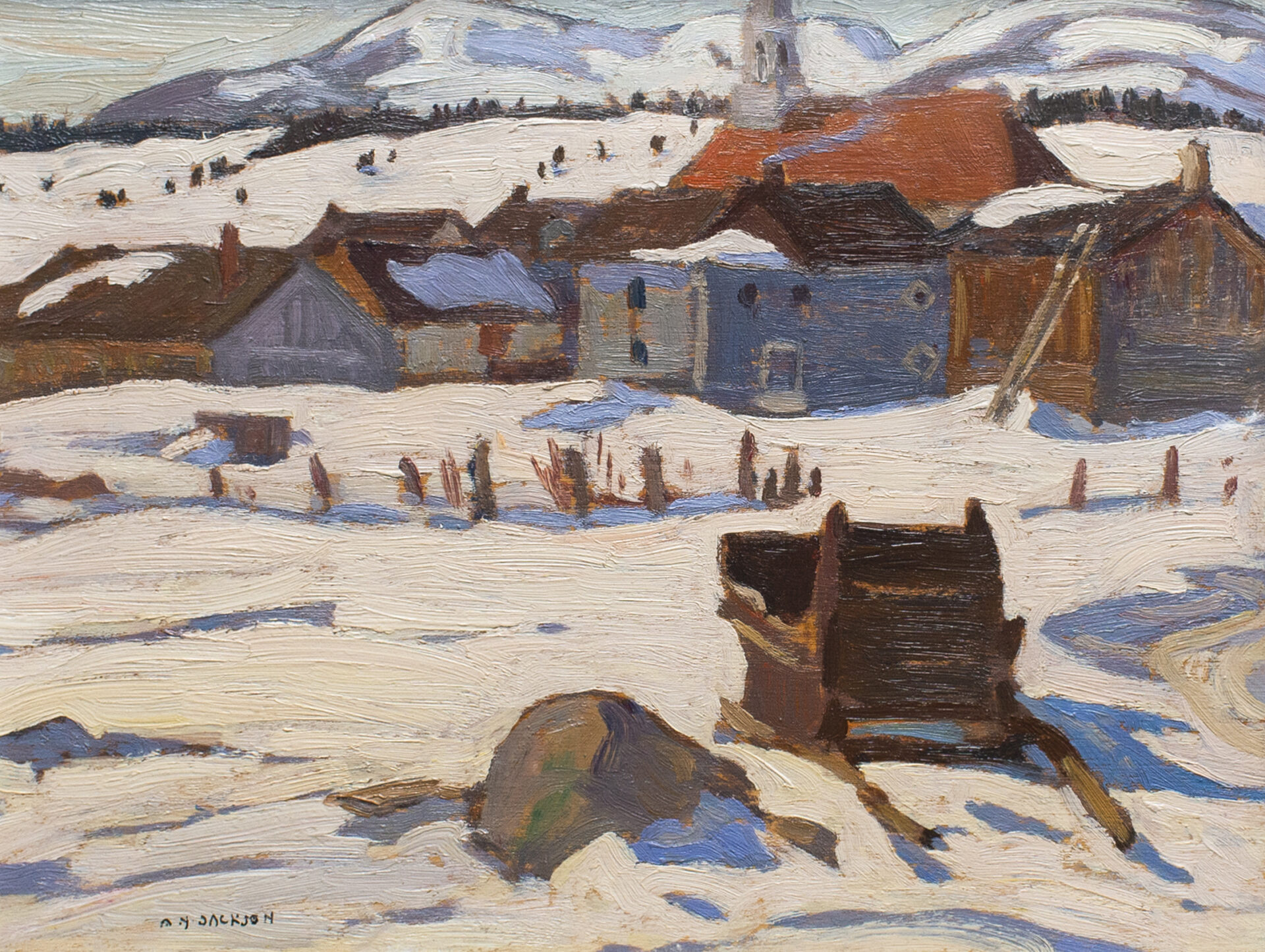 Jackson’s spring sketching trips took him to St. Fidèle and La Malbaie, in Quebec. St. Fidèle was an agricultural community, with a small logging economy as well. As with most Quebec communities, the town was built around a central church (or churches). Here we have a side view of the Church of Saint-Fidèle, built in 1853 as a small chapel and enlarged to the present day church in 1898. It has a typical yet distinct square portal (or spire) that we can see in the sketch, yet the cross that tops it is out of our view. Jackson painted this church many times, and from different vantage points,
including A Quebec Village (Winter, Saint- Fidèle), now in a private collection. He has surrounded it here with the town’s other buildings, making the church less the focus of the scene than the village and the sleigh, the latter of which rests, unhitched, in the near-ground snow. It is a quiet scene, no people are about, no footprints or tracks of any kind can be seen, and the empty sleigh reinforces their absence. A thin thread of smoke drifts from one of the central buildings, and the hint of what may be a road
— to the right of the sleigh — are the only indication of human occupation 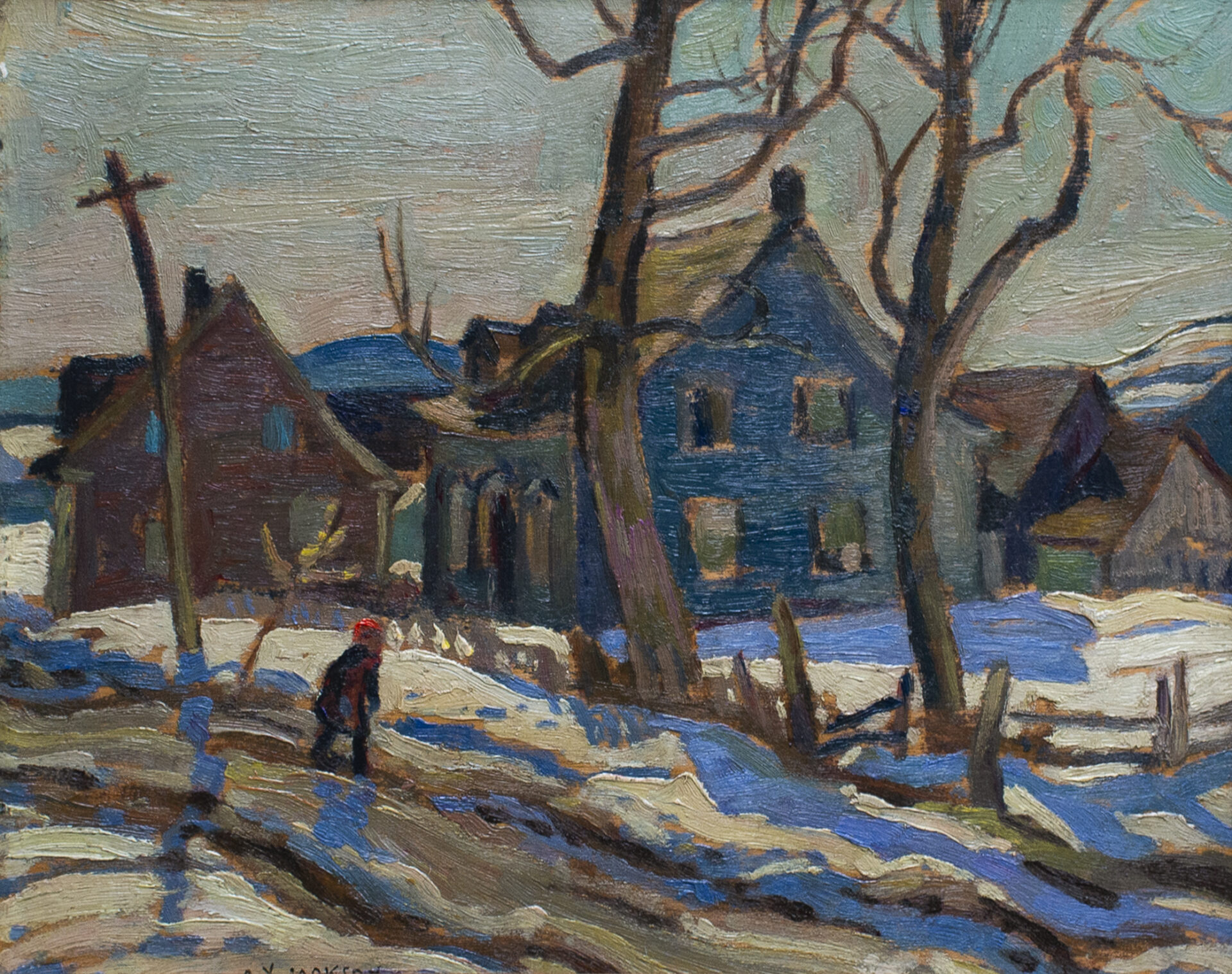