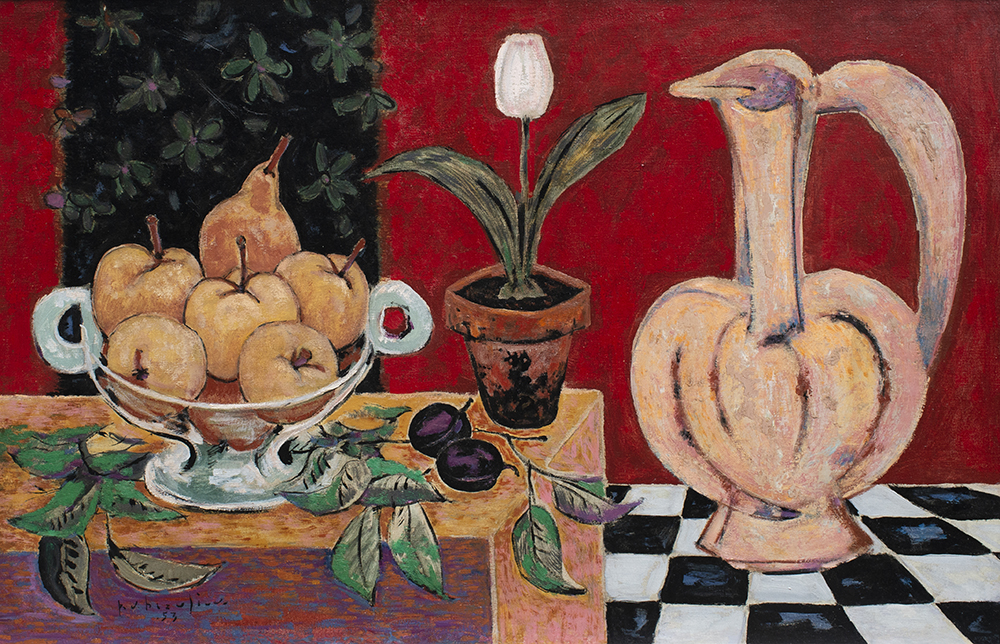 As a young artist, Paul Beaulieau was exposed to and befriended by the likes of Pablo Picasso Alberto Giacometti, artists whose Cubist and Surrealist influences he would carry with him throughout his entire career. The still life was a favourite subject for Beaulieau, and his work from the 1940s and onwards took inspiration from theatrics and the circus. Upon examining this still life further, we can note Beaulieau’s European influences, somewhat cubist in its shifted visual planes, and in his use of strong, complimentary colours. A Beaulieau still life titled Nature morte a la bouteille jaune was the first contemporary Canadian artwork to be acquired by the newly opened Musée national d’art moderne de Paris in 1951, and the subject remained one of his greatest strengths.