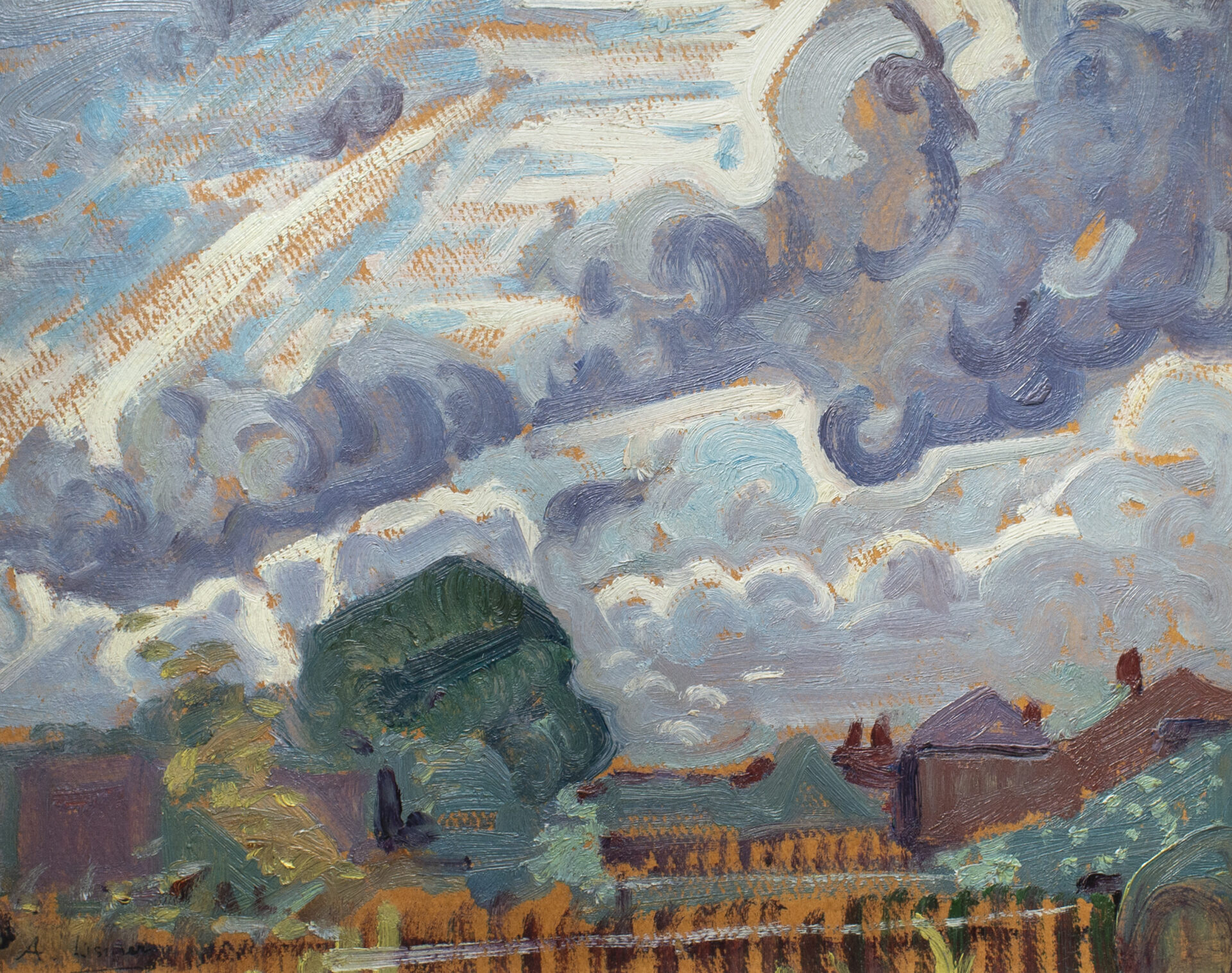 This small study of storm clouds is a playful, rather whimsical study of weather. Clouds billow, wind blows and tree limbs bend. Even the small houses, seen on the right of the work, seem to be drawn up tightly, huddled against the storm. We cannot tell if the storm is coming or going, only that it is wild. Although thinly painted with a muted palette, Lismer is observing the clouds carefully.

Storms, and other interesting cloud patterns, figure prominently in Lismer’s oeuvre, he was unafraid of tackling their ever-changing formations. In many of his major canvases, including Evening Silhouette from 1926, in the McMichael Canadian Art Collection wherein he tackles a fish-bone formation of clouds arcing across the sky, and Quebec Uplands, from 1925, in a private collection, where the cloud formations relate directly to those shown here. Weather is often referenced in his titles as well, with September Gale, A Westerly Gale, Georgian Bay, and Rain in the North Country being among his best known works. 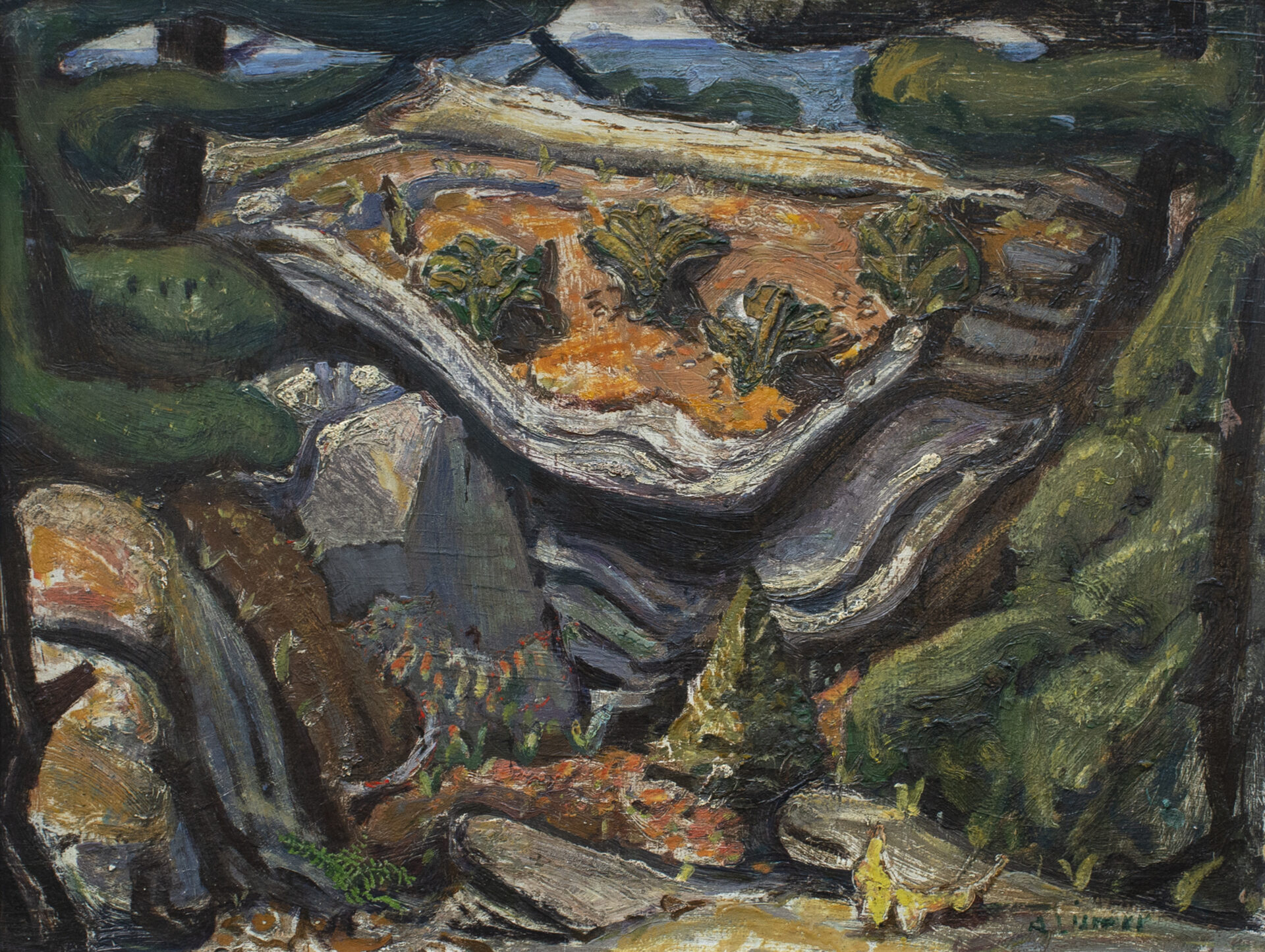 oil on board, double sided 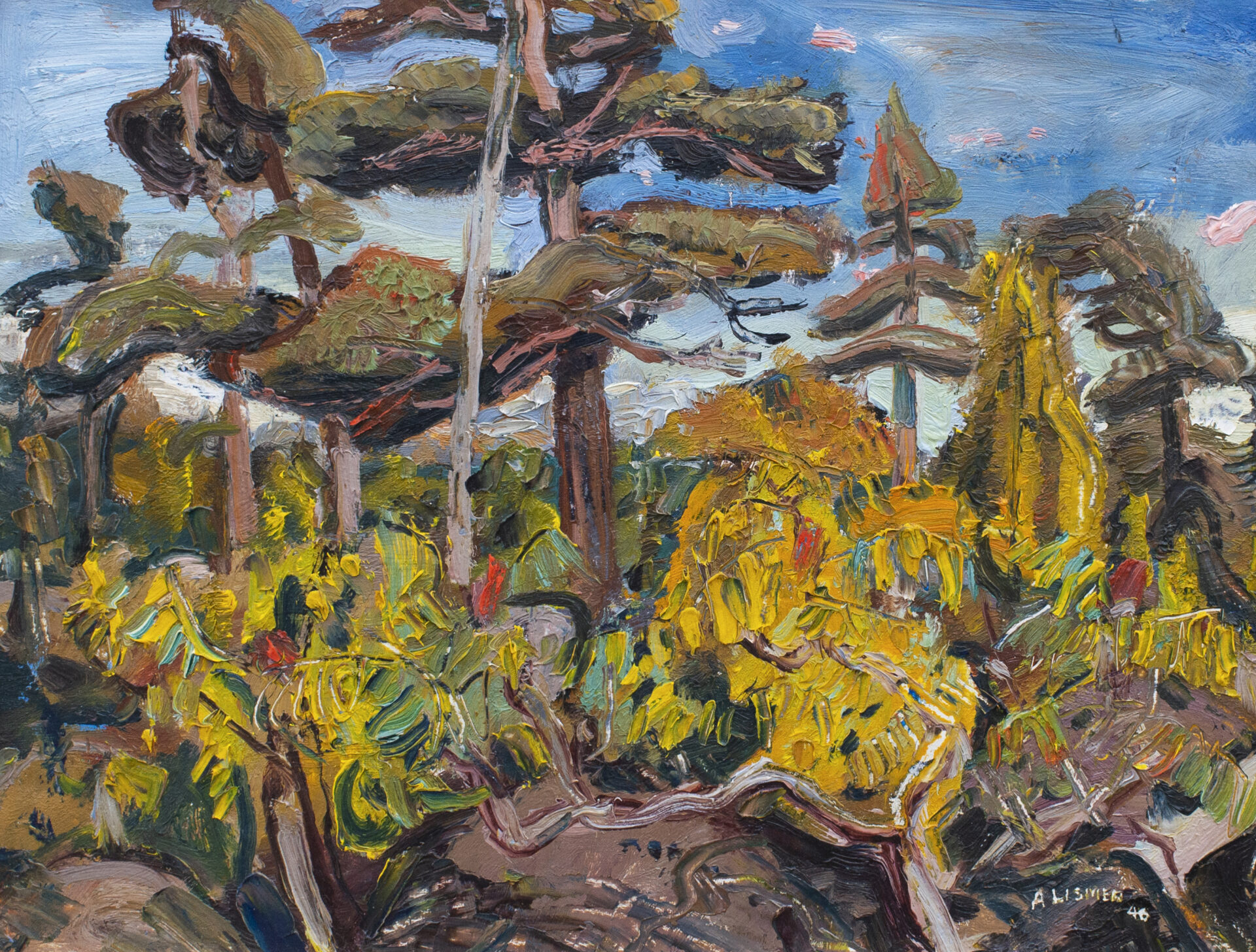