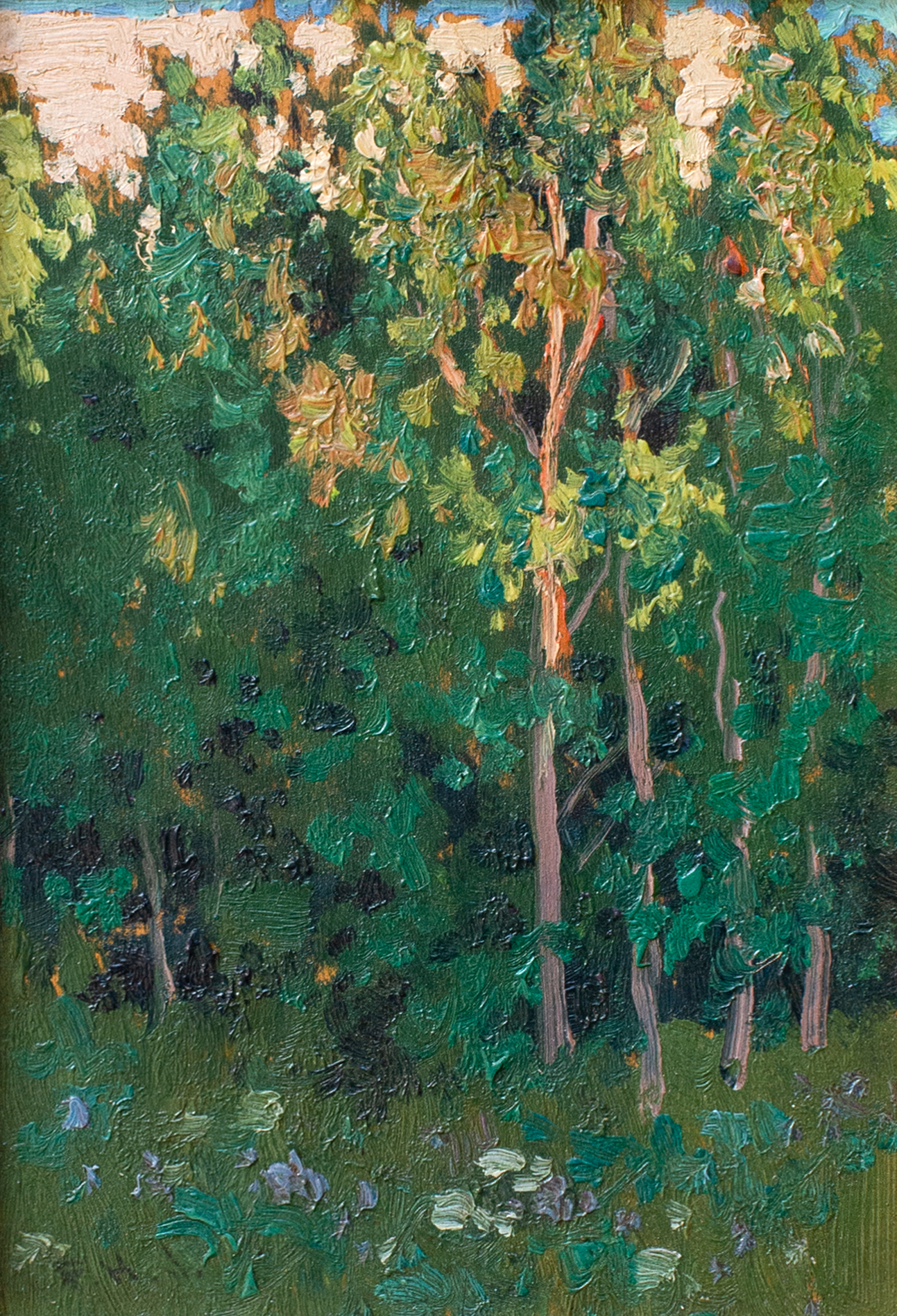 Frank Johnston’s early works are best categorized as Impressionism, they have more in common with works of that genre than with the Group of Seven, which he would help to found in 1920. In 1919, when Sun Tipped was painted, Johnston was concerned with the beauty of the natural world, it’s light, its atmospheric effects, and its lyric appeal.

Sun Tipped shows us Johnston’s keen observation of nature, his delicate and expressive brushwork, and his skill in composition. The work was executed in Algoma, just as fall begins to touch the forest, and would have been painted on the second of the famous boxcar trips, organized by Lawren Harris from 1918 – 1922. The first trip (to Canyon and the region of the Agawa River, along a siding at Mile 129) was such a success, that in September of 1919 a repeat of the expedition was arranged, and Johnston, Harris, J.E.H. MacDonald, and A.Y. Jackson (who replaced Dr. James MacCallum after the first trip)return to the same area.

It was on these boxcar trips that the seeds of the future Group of Seven were sown, and where the artist who would form it revelled in the landscape. “It was a paradise for the creative adventurer in paint in the Canadian North.” Harris would later note, “a rugged, wild land packed with an amazing variety of subjects.” Sun Tipped speaks to the moment that marks the change of seasons, when green moves into yellow in the deciduous trees of Canada’s boreal forest, and to the moment when Impressionism leads to The Group, a remarkable time in Canadian art history.

“In Johnston one can almost see the sound swelling into the vastness of infinity. The small panel is no restriction to the eye and one stands among the stars of timeless space. Dancing formless light, subaqueous in feeling, ephemeral as Aurora Borealis. It holds one motionless in moving space.” (1)…

“In Johnston one can almost see the sound swelling into the vastness of infinity. The small panel is no restriction to the eye and one stands among the stars of timeless space. Dancing formless light, subaqueous in feeling, ephemeral as Aurora Borealis. It holds one motionless in moving space.” (1)
Frank Johnston was born in Toronto and like many other Group members, he joined Grip Ltd. as a commercial artist. In 1910, he left for the United States where he studied art in Philadelphia and worked in commercial design in New York.

Although an original member of the Group, Johnston’s association was a brief one. He did exhibit in the exhibition of 1920, but by 1921 he had left Toronto to become Principal at the Winnipeg School of Art.

In the earlier years of their friendship, Johnston had joined MacDonald and Harris on their journeys to Algoma. His paintings from those years express a strong decorative interpretation of the landscape. In later years, the artist’s style became more realistic and revealed a strong fascination with the qualities of light.

In 1927, Johnston changed his name to the more exotic title of `Franz’ Johnston, and found some success in commercial art galleries, where he was free from association with any formal group of artists. 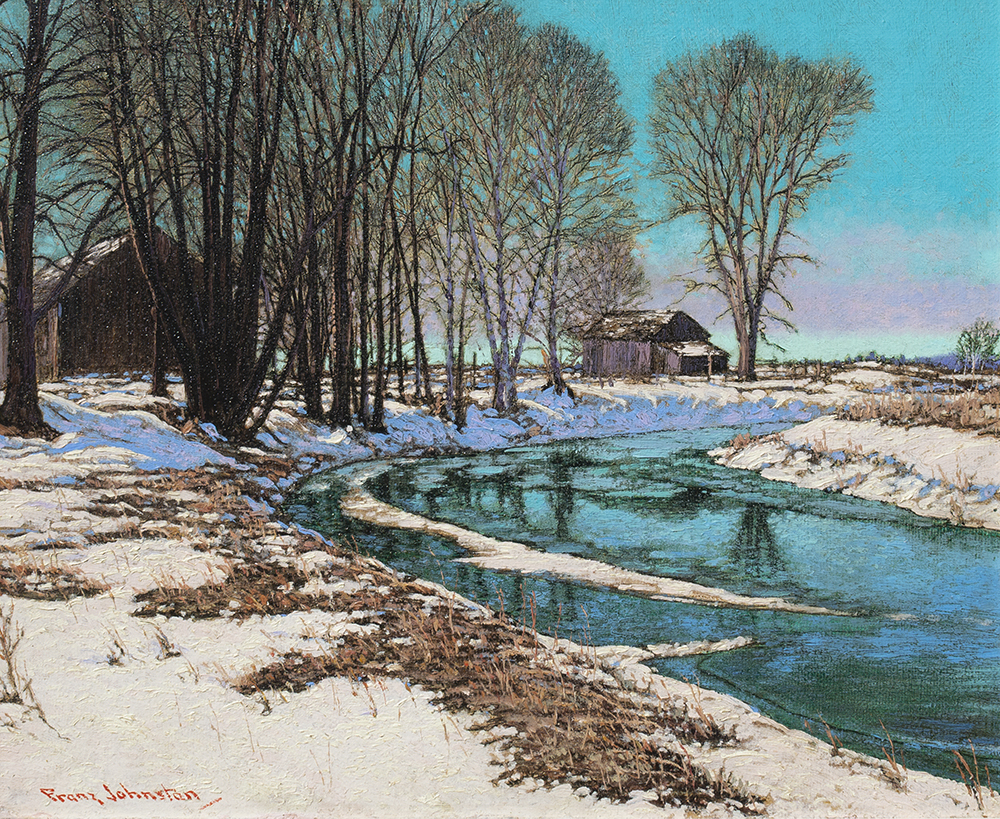