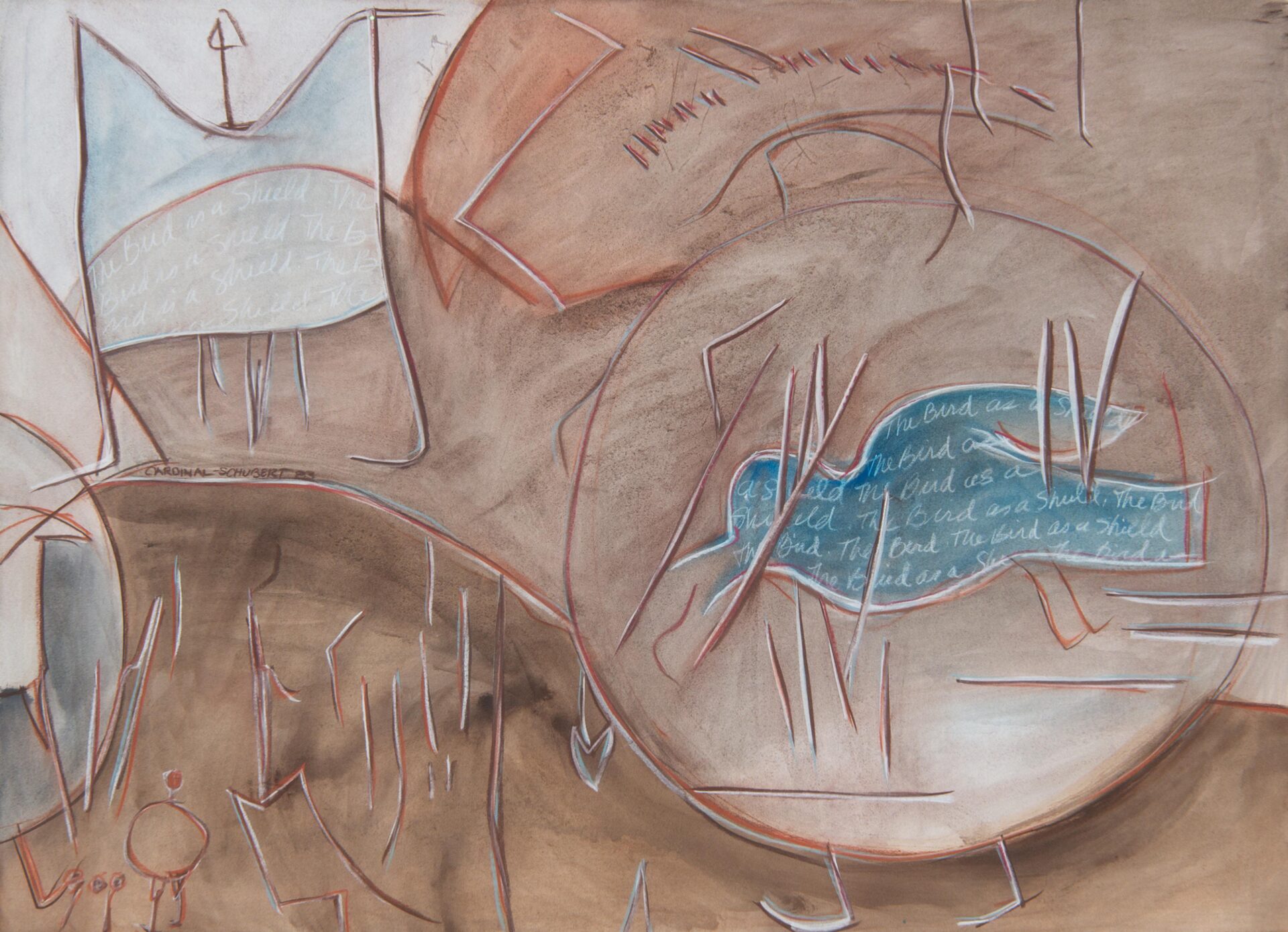 The Bird is a Shield

I call this one the Twitter Bird but she did this in 1983, a long time before Twitter ever showed up. She was a printmaker and realized how important pictographs were because they had to be incised into a rock like a printmaker would do. She found a lot of the pictographs were destroyed, chipped off and taken away. A lot of this was to preserve the idea. There’s a set of black and white positives at the Glenbow that have most of these pictographs on them but Joane would go see these places herself. We’d all go. 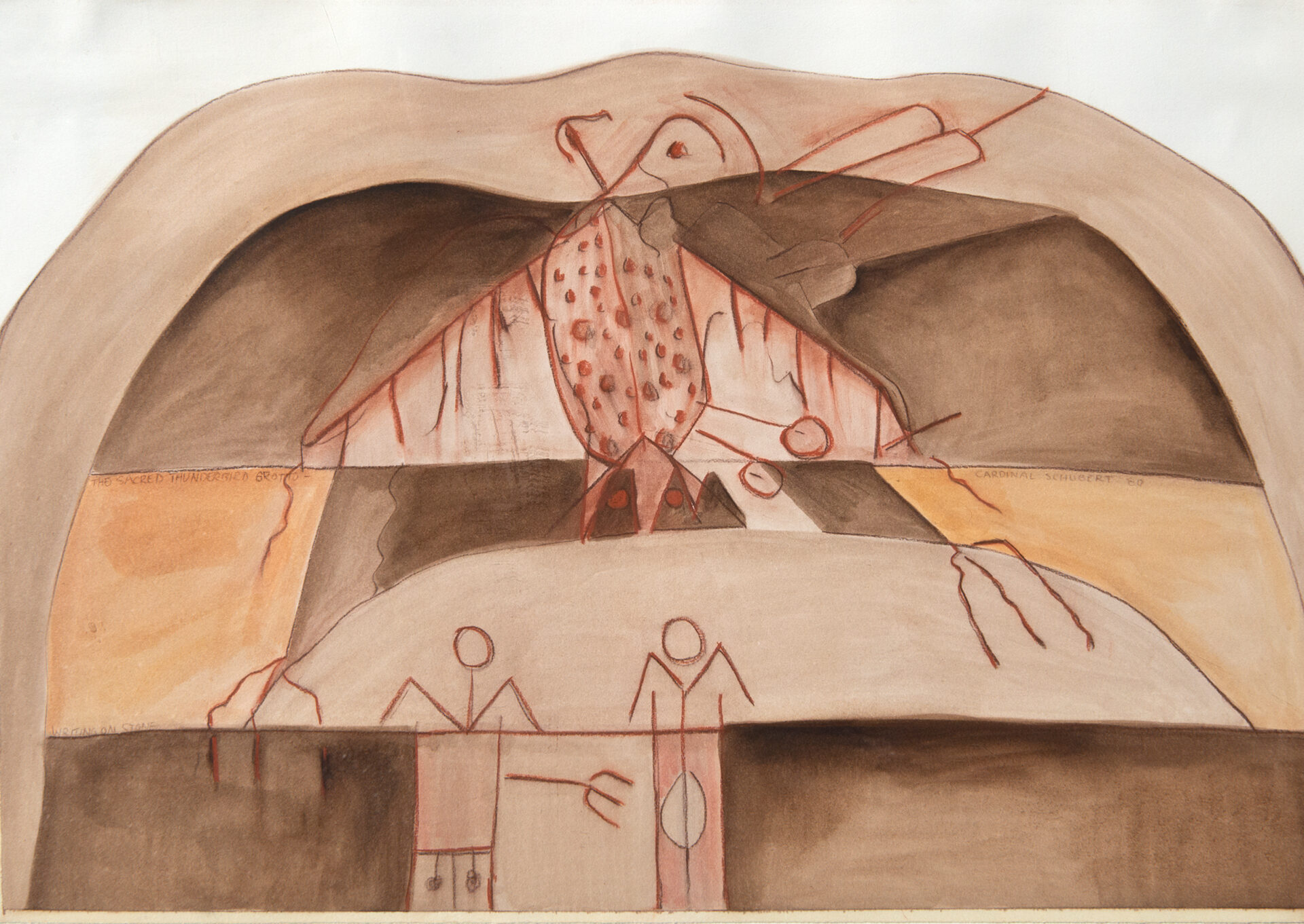 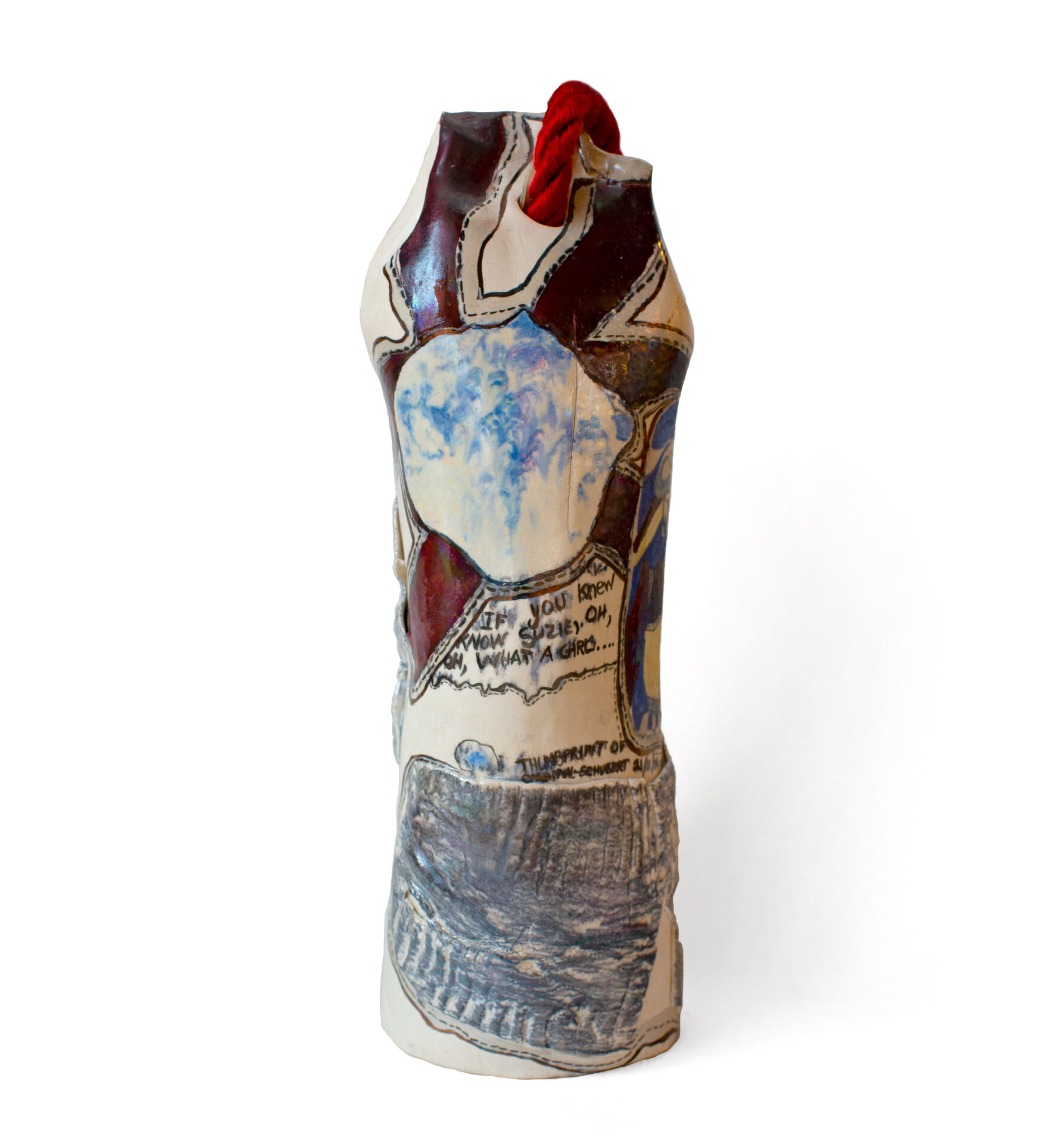 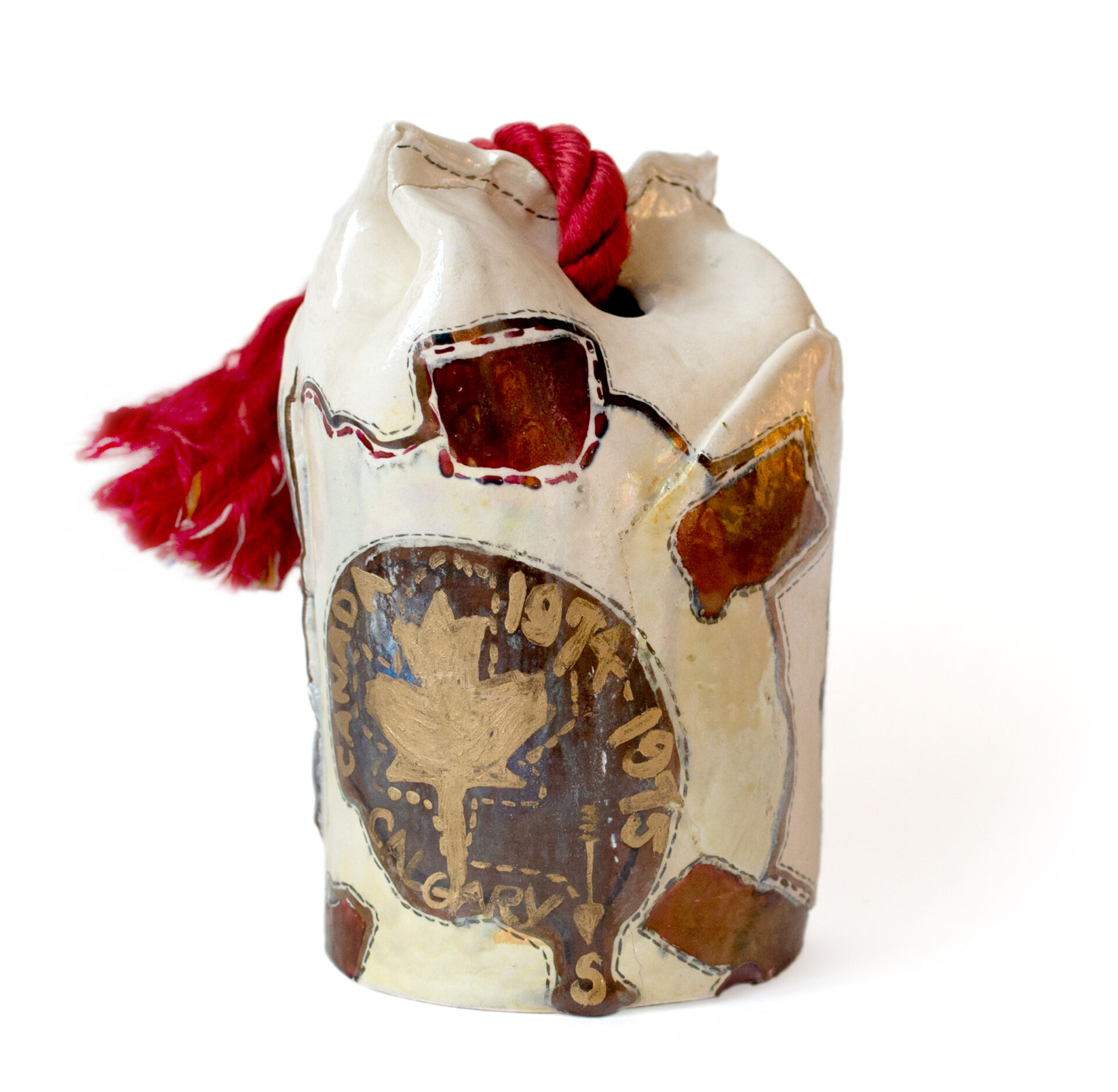 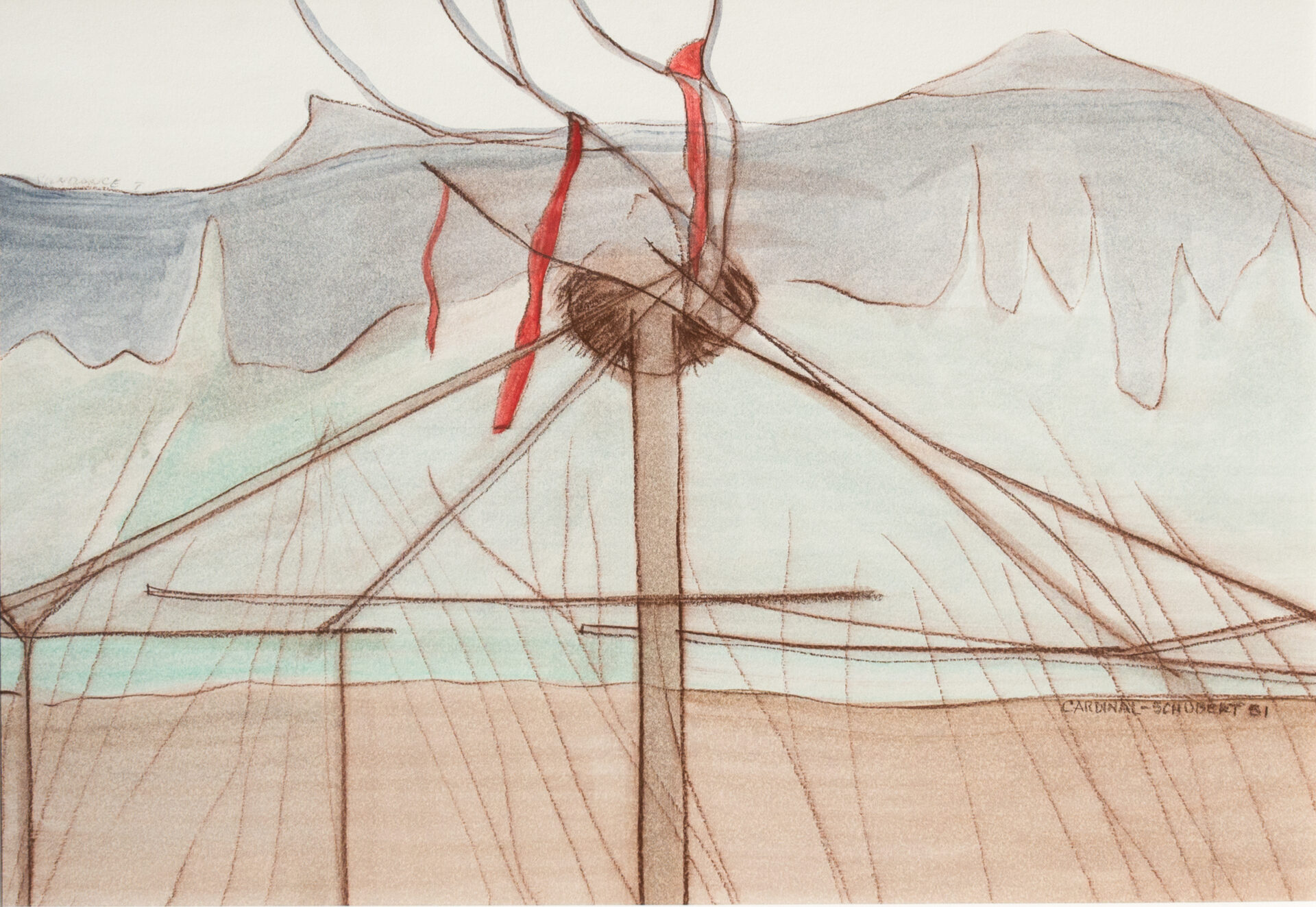 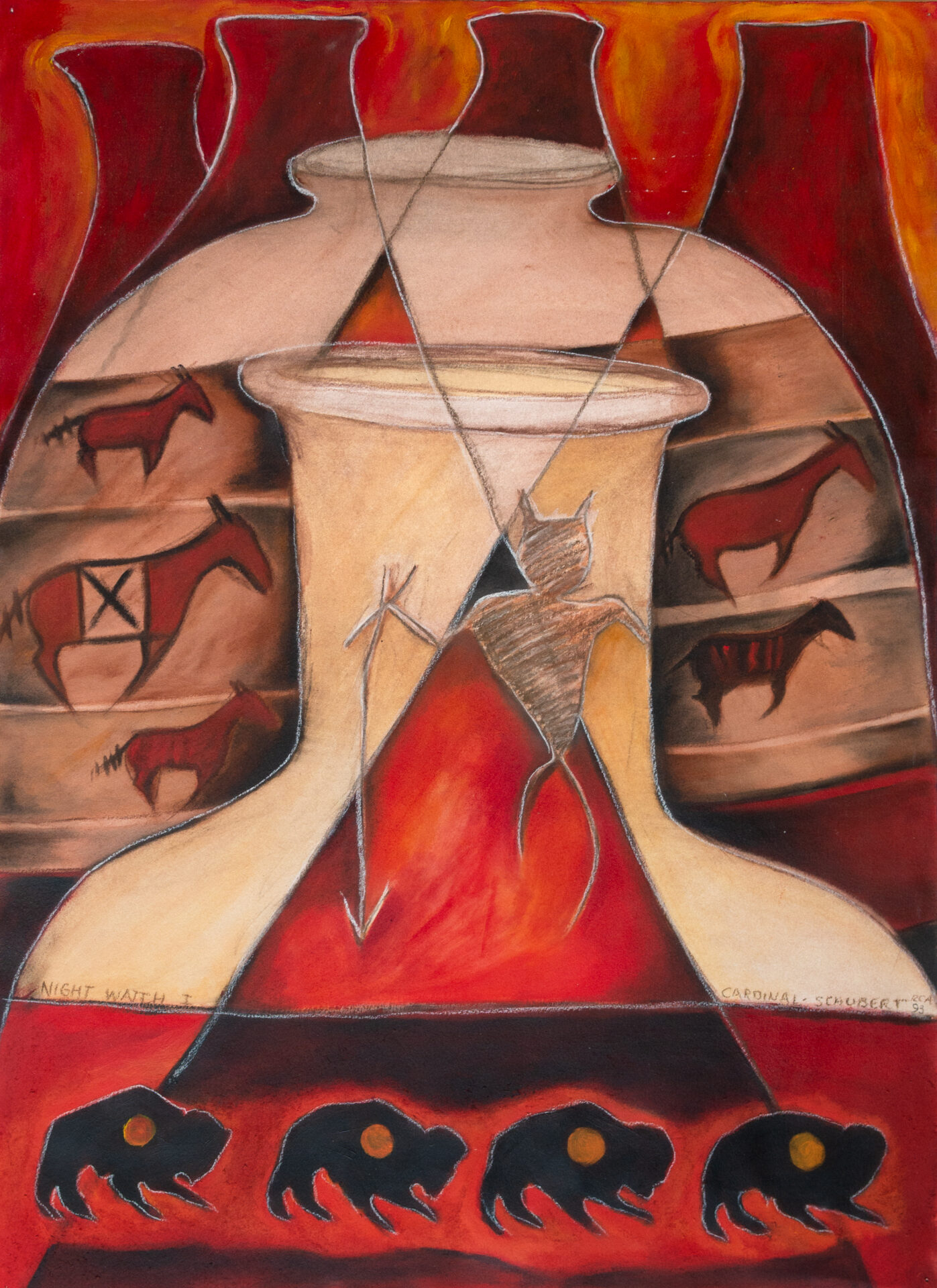 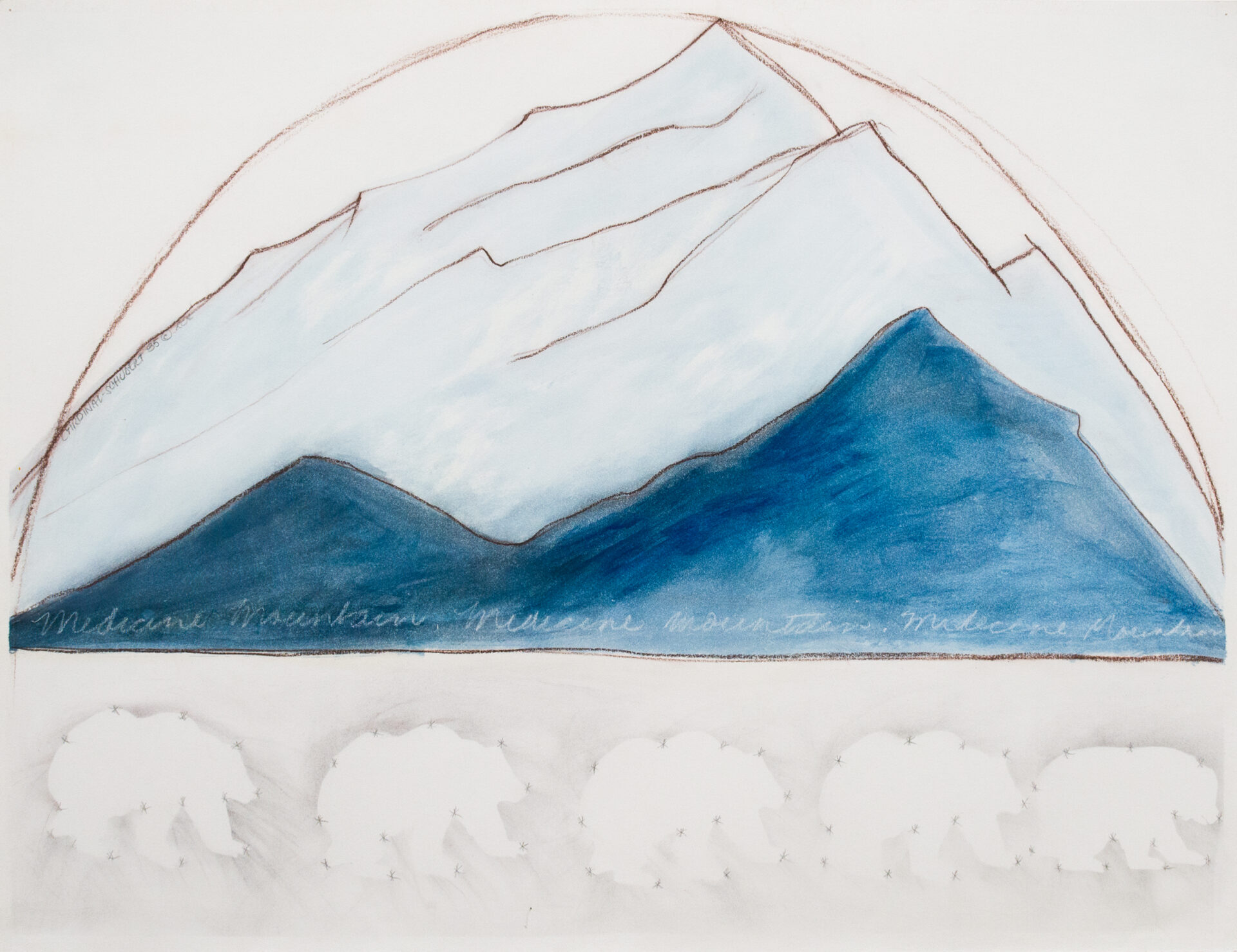 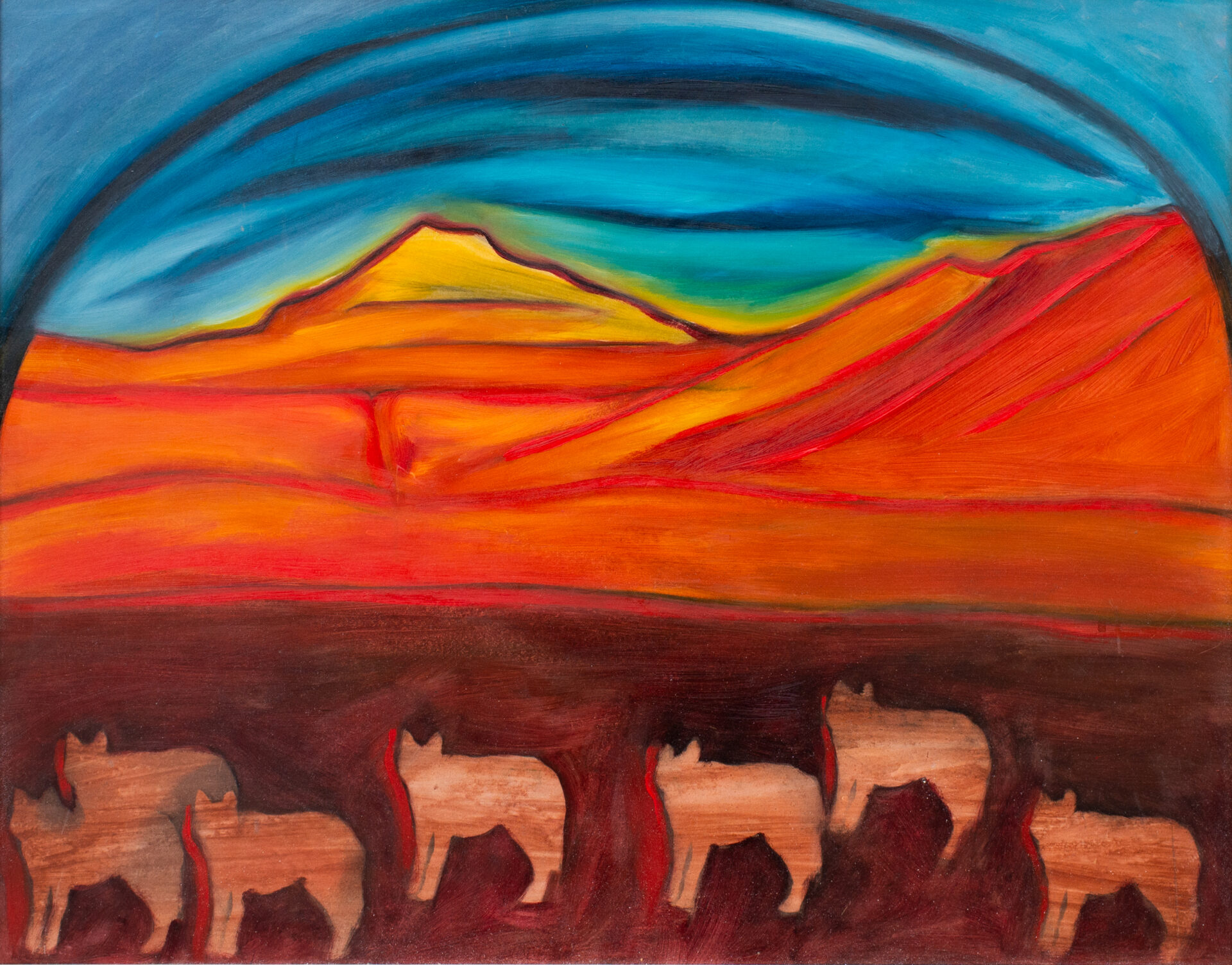 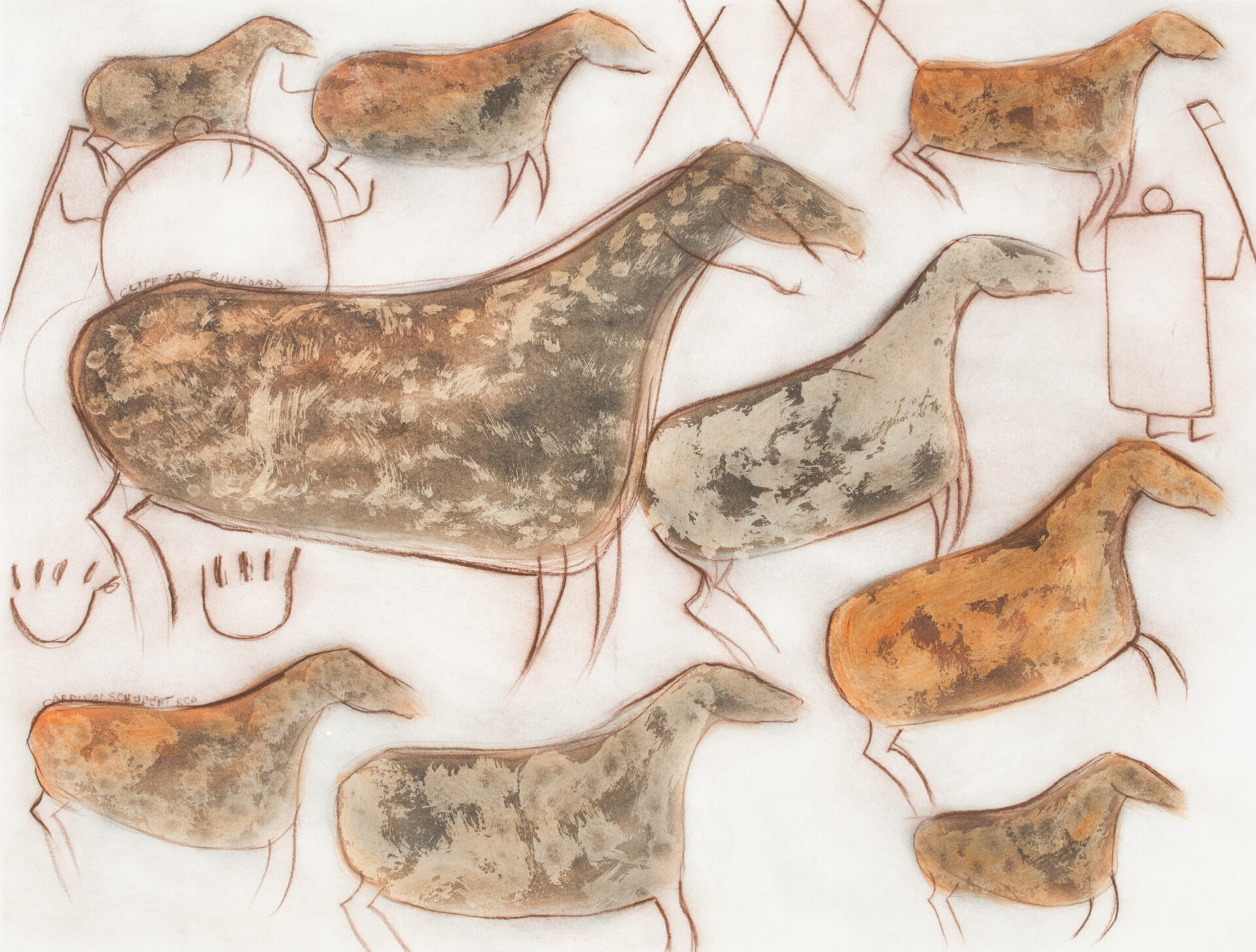 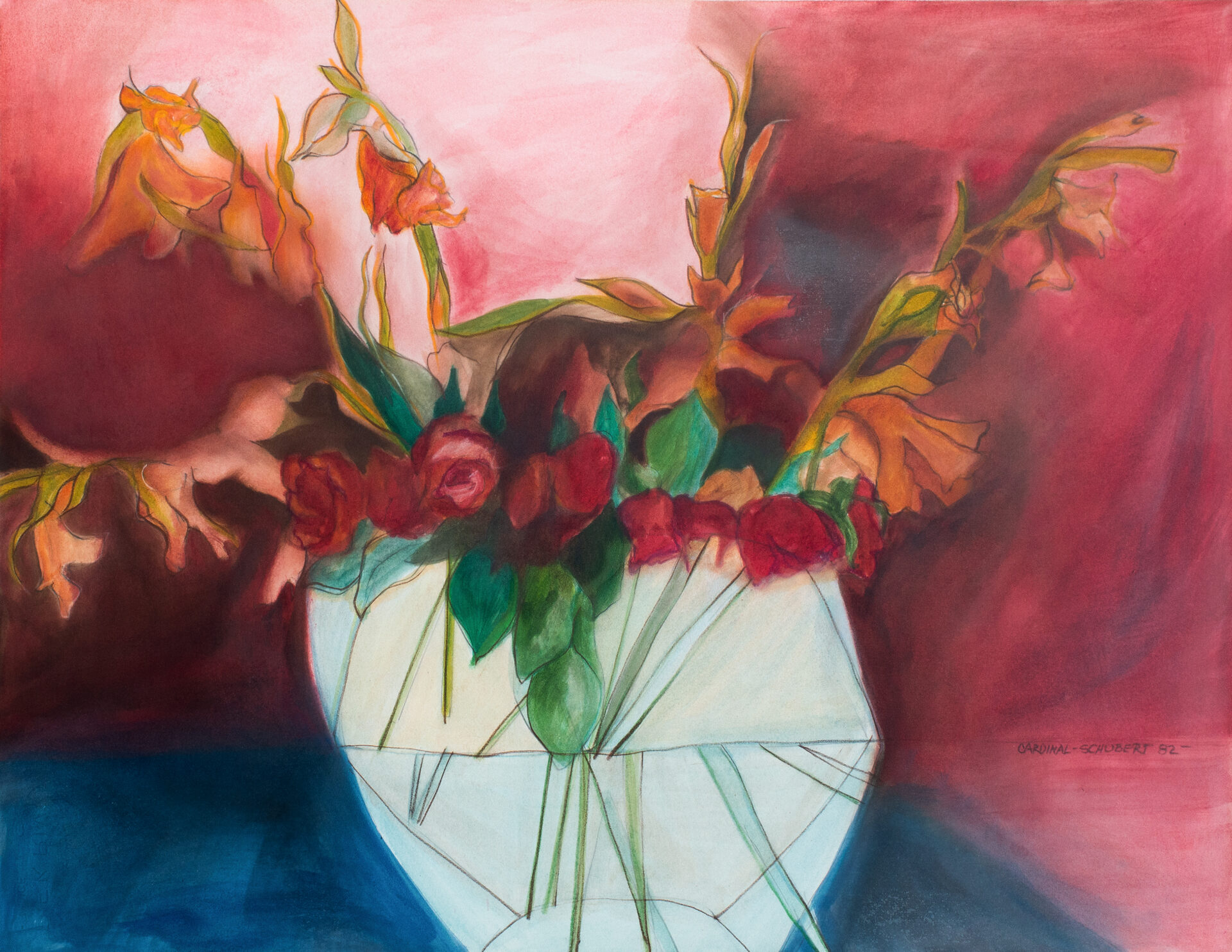 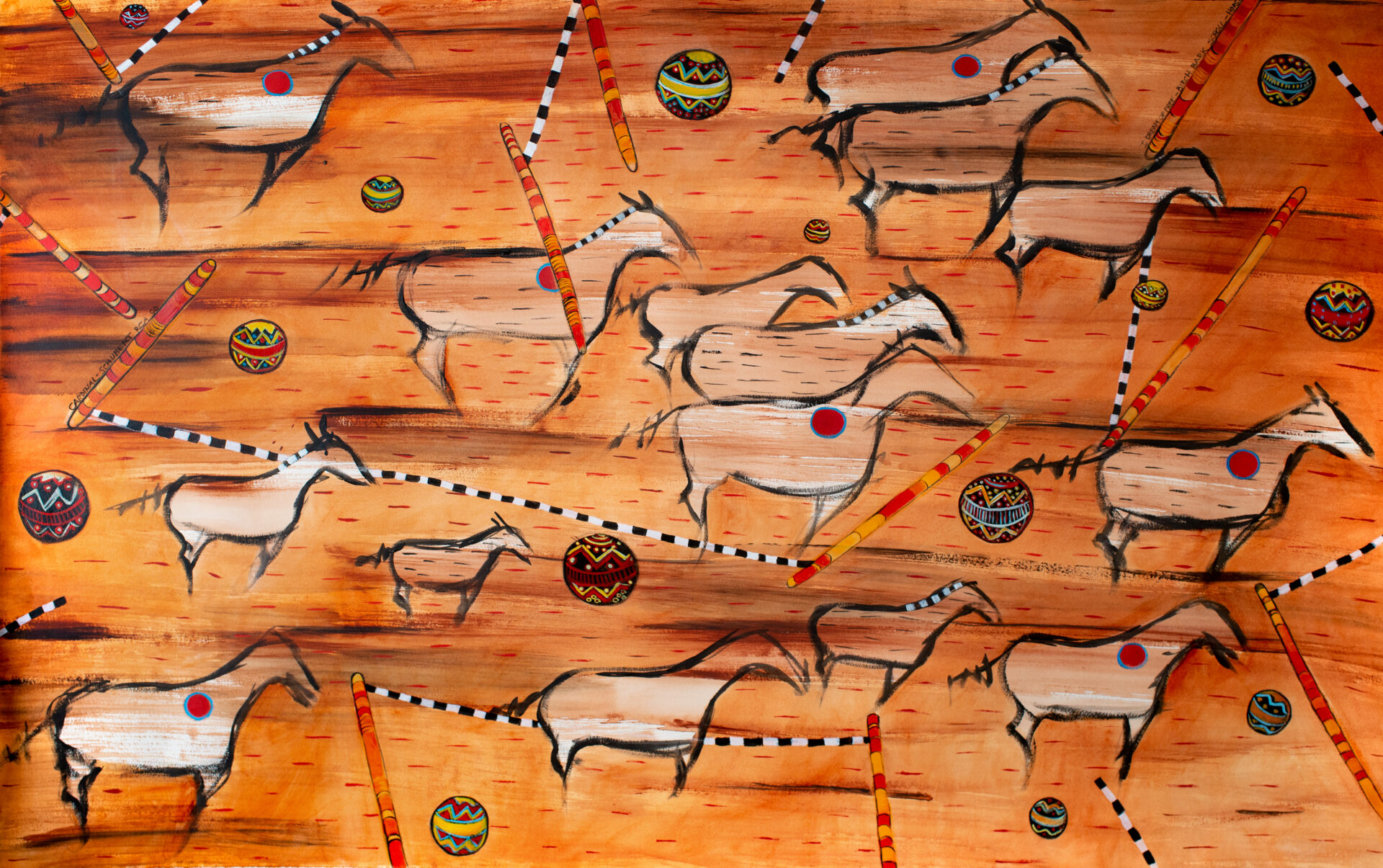 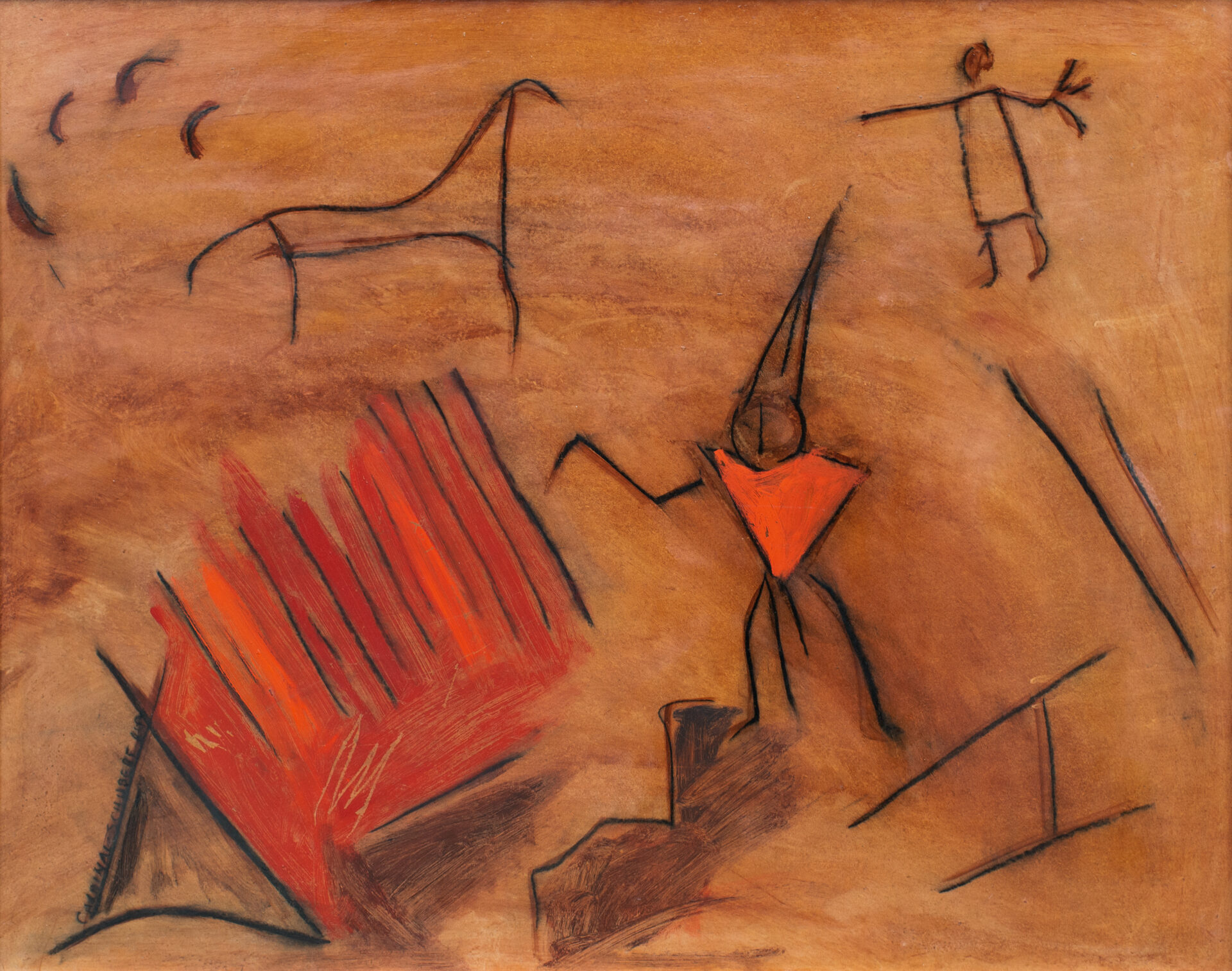