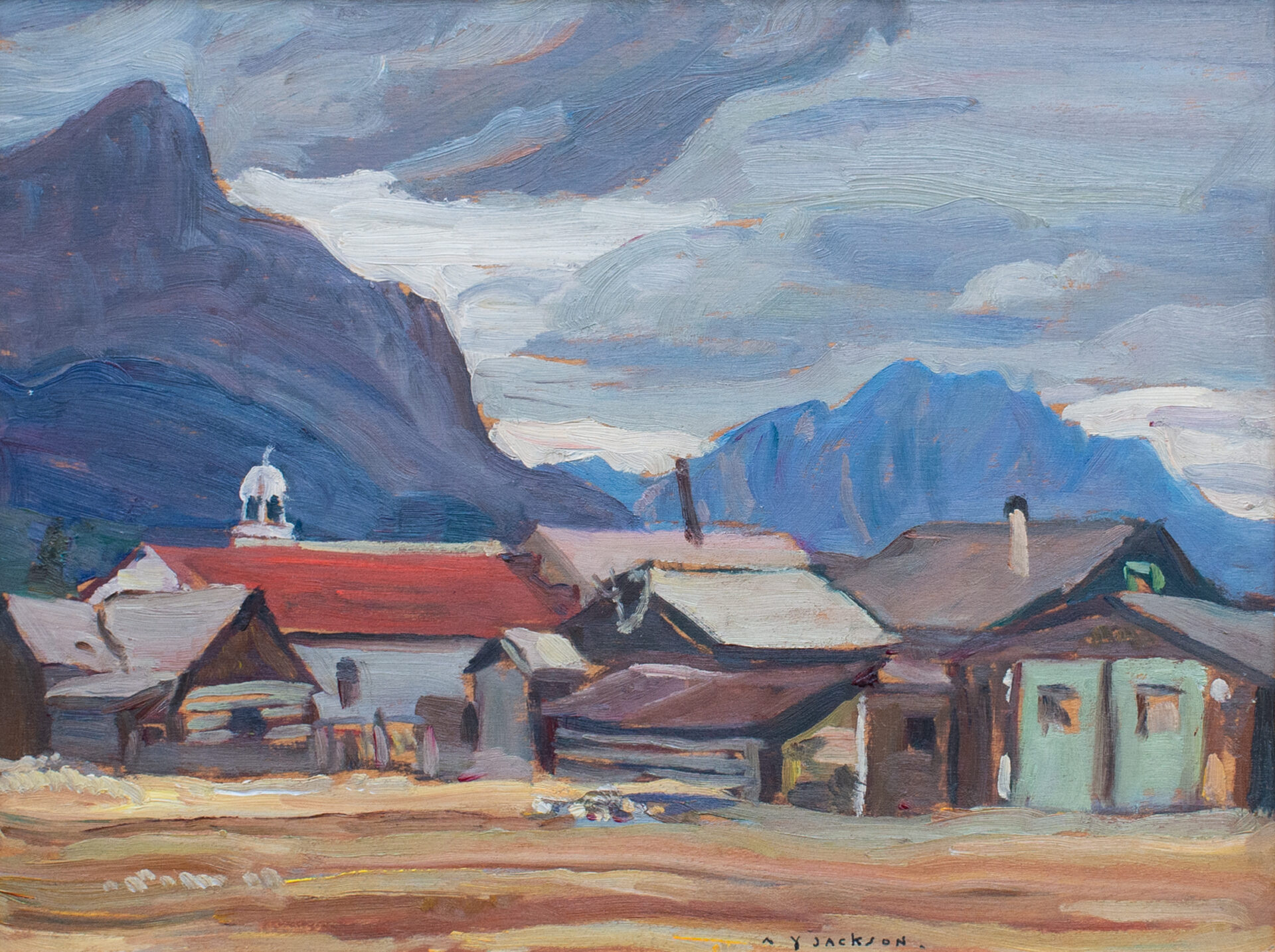 After many years of visiting his brother in Lethbridge, A.Y. Jackson began to take serious interest in painting the Albertan landscape in 1937. He noted both the challenges and the opportunities that the foothills of Alberta afforded artists in his autobiography, complaining at once that the ground offered “nothing but a few weeds, scrub or stubble to get a hold of”, but that “the foothills of Alberta, with the mountains as a background, afford the artist endless material”. (1)

Jackson took a teaching position in 1943 at the Banff school of Fine Art (now the Banff Centre), which afforded him the opportunity to explore the landscape with regularity. The same year, he was commissioned with H.G. Glyde to paint the construction of the Alaska Highway. He would return to the Banff school nearly every summer until 1949 and returned to Alberta on sketching trips until the late 1950s to paint the landscape and to visit the friends he’d made along the way. In 1947, Jackson spent the summer at Banff, and in September went on to sketch in Canmore before heading to the Cariboo region of British Columbia. In Canmore, he spent time painting the Coal Miner’s houses with the mountains as a backdrop, capturing a bygone era for the small mountain town. Many of Jackson’s Alberta sketches were purchased or given to the families that Jackson met and befriended throughout his travels, with Canmore panels also held in the collections of the Whyte Museum of the Canadian Rockies and the Glenbow.