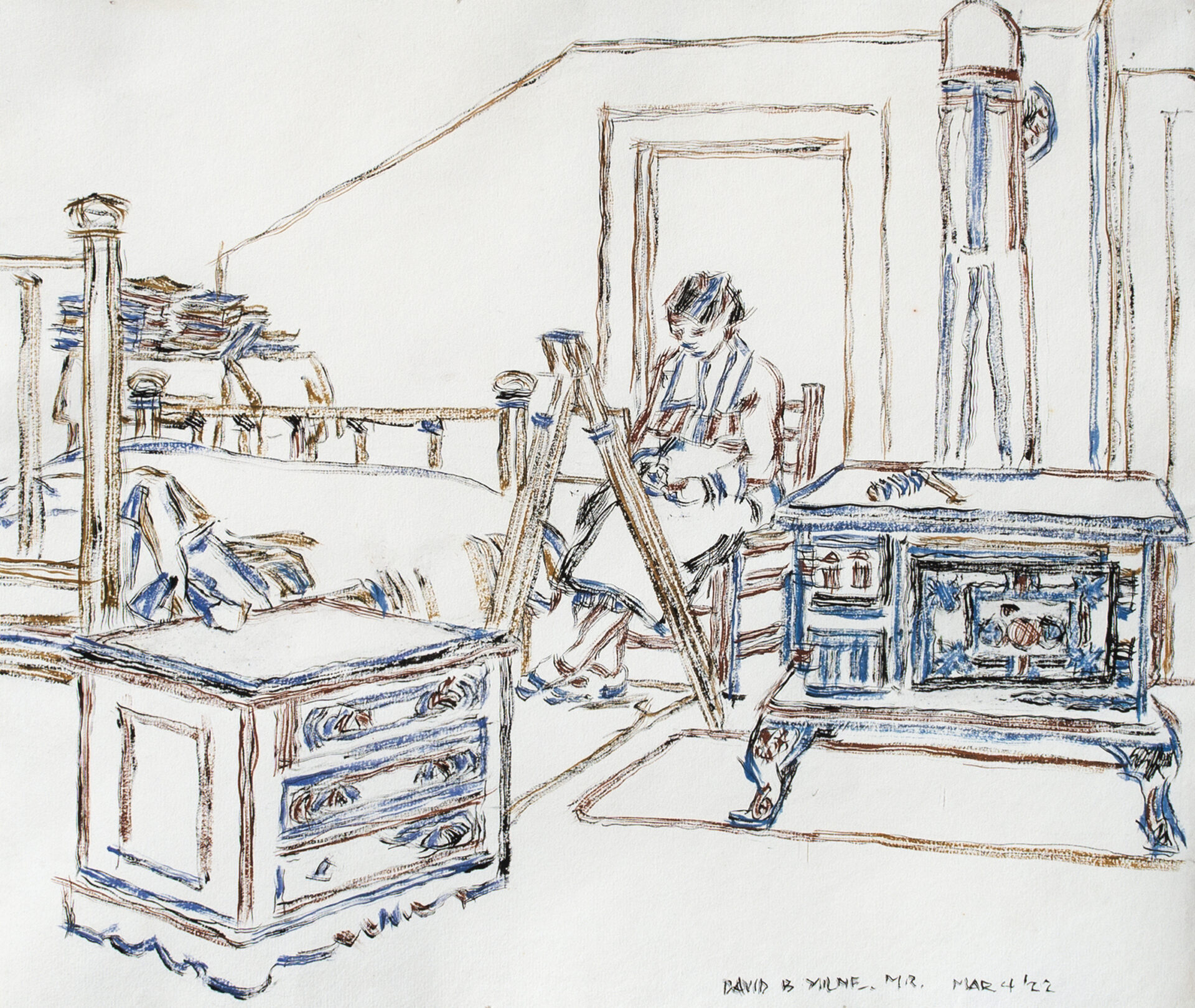 Woman at Easel in Room

Mount Riga Painting Note 66:
M.R. 66. Watercolor. Marth 4th. Half sheet. Before starting thought of the angular shape of the upper part of the room and of the difference in line between the pillows and the furniture. The detail is interesting but there is no new development.

In March of 1922, David Milne would have been living in Howard Sherman’s summer house, south of Boston Corners at Mount Riga. Milne had been working in the austere and unusual dry brush style of watercolour that we see here for about a year, although he had used it before when he was working for the Canadian War Memorials Program and was stationed in France and Belgium in the summer of 1919. They were not well-received – this was often the case with Milne’s work – and yet he persisted in exploration of this type of watercolour application, wherein he sketched the bones of the image on paper with a very heavily saturated pigment and a very dry brush. He experimented with coming back into the work and applying water over these marks to allow them to flow and blend, as we see in some of in his Reflections series of watercolours, or left them scratchingly dry as we see here. He felt this latter technique was an approach that no one had taken with watercolour before, and this uniqueness spurred him on. In hermetical isolation the winter of 1920-21, in a small cabin he had built purely for this purpose, he read Henry David Thoreau’s Walden and explored this technique. Encouraged by James Clarke, Milne’s long-time friend, confidant, sounding-board and art dealer, Milne pushed this technique to its sparest, using two or three pure colours, eliminating all extraneous detail and allowing for absolutely no colour blends. Ironic, as he was using a medium that is, above all other art media, so easily blended. He would go on to experiment with drypoint printing, an expected outcome of his dry brush watercolour work, albeit reached by a less than obvious path. Milne always believed that his work had to be viewed in series form, rather than one individual work at a time, and the works that he created in the winters of 1921 and 1922, in isolation, or of his wife Patsy – who is likely the sitter here – are remarkable works of creative exploration and innovation.

Wild Flowers on the Window Ledge I 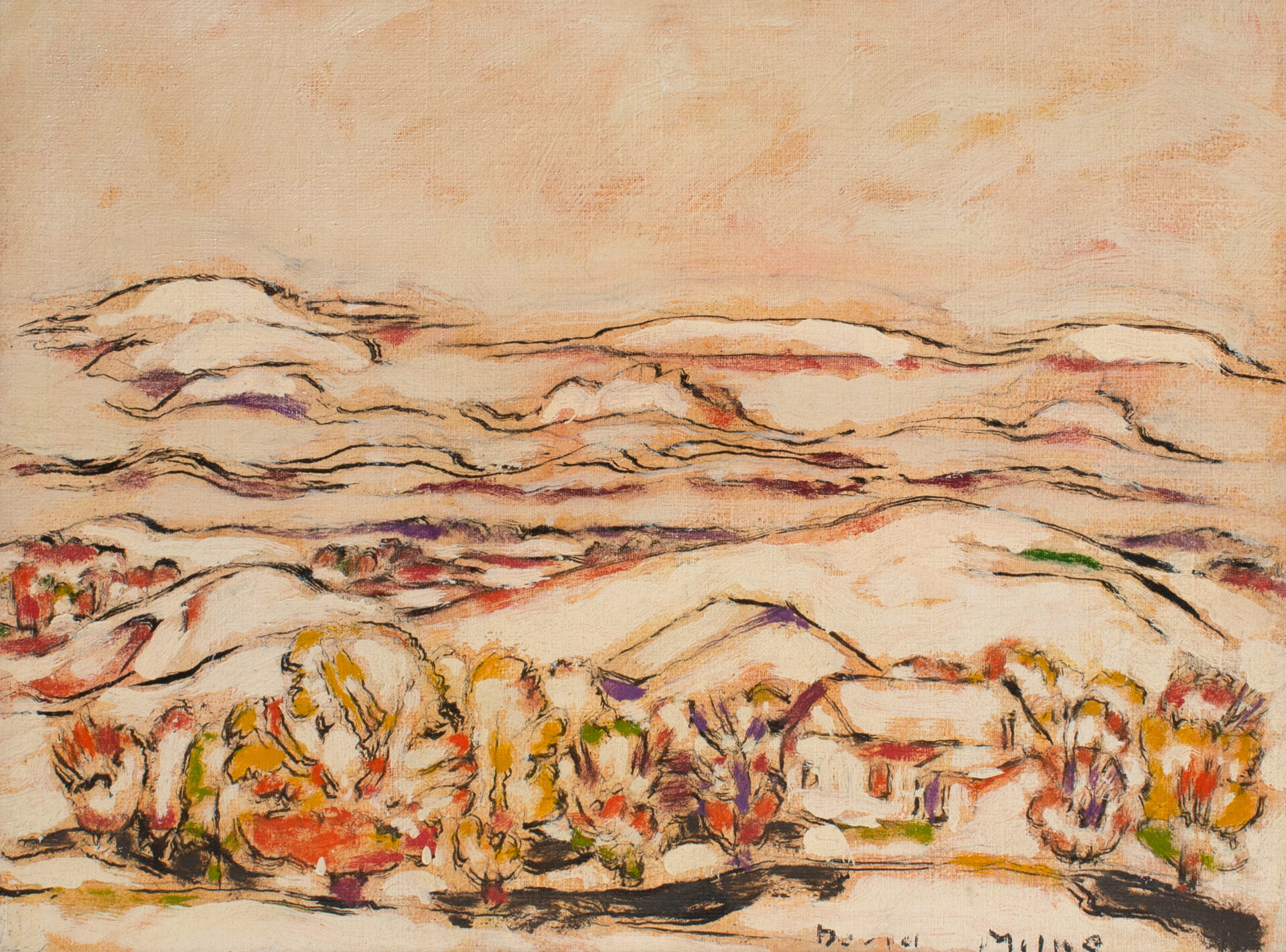 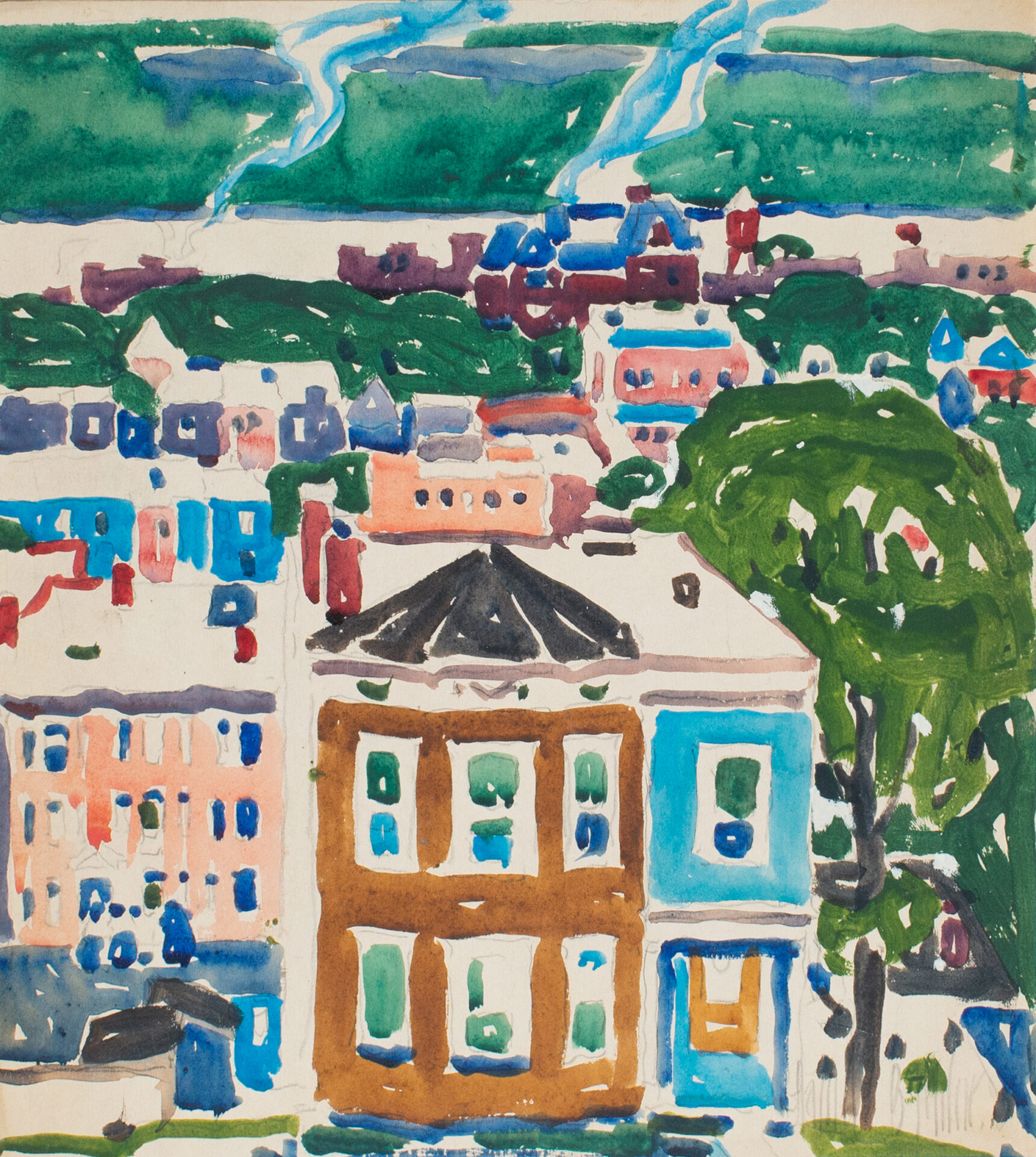 watercolour and gouache on illustration board 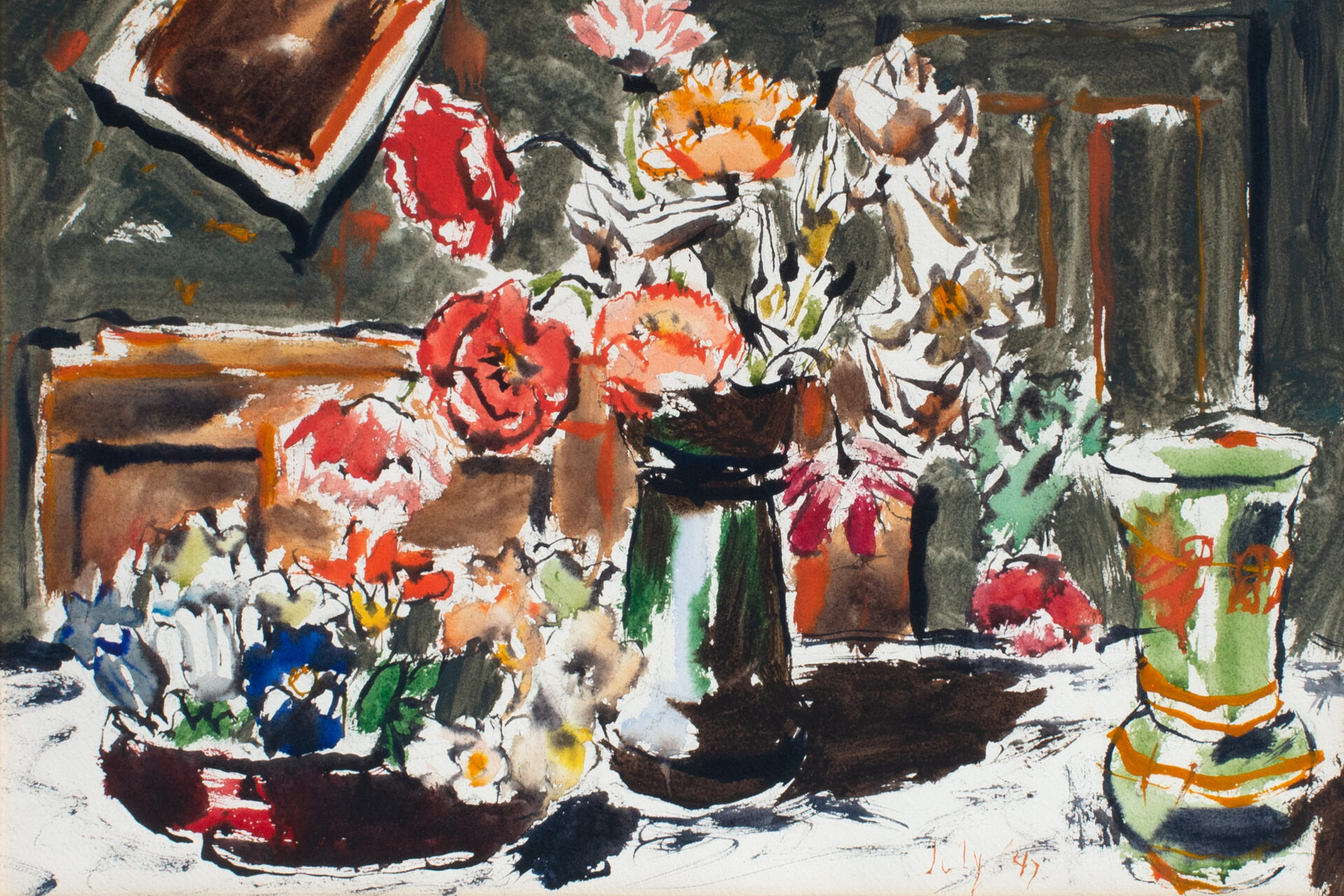