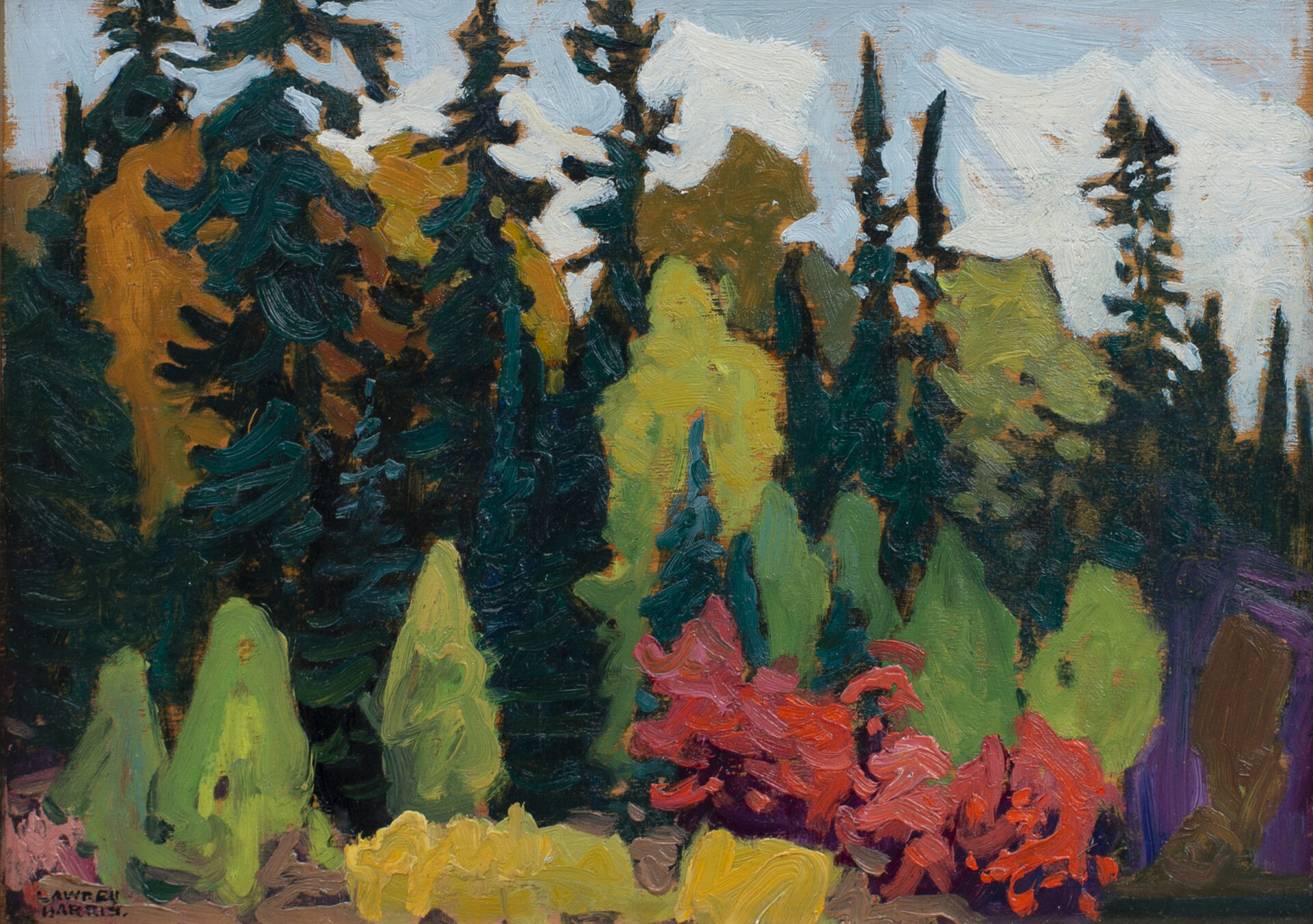 This delightful Algoma Woods scene is a close-in, classic Lawren Harris panel. Here, Harris has caught the woods in their autumn colours, with the end of summer showing in the limey greens, and fall clearly having arrived in the orange tamaracks and red shrubs. Thinly painted on an unprimed board, it has the many of the traits of his pre-Group of Seven period. Note the board showing through around the edges of the trees, and where the trees border the sky.

Harris’s time in Algoma was a critical phase in his development as an artist. It was there that he recovered from the trauma of WWI, where his Group period style began to form, and where he found his footing the act of plein air painting. Energetic and lively, this work comes from the venerated estate of Theodosia Dawes Bond Thornton. Thornton was the daughter of Frank Lorn Campbell Bond, who had a distinguished career with the Canadian railway service. As a child, she travelled with him in his private rail car, gazing out the window at the Canadian landscape. As a teen and upon visiting the National Gallery of Canada, she snuck into “the forbidden room” where the Group works were on display. “That was the Canada I saw!” she would later say, and her passion for the art of the Group of Seven would turn into a lifetime of thoughtful and careful collecting. She worked directly with Max Stern at the Dominion Gallery in Montreal, the source for this work. 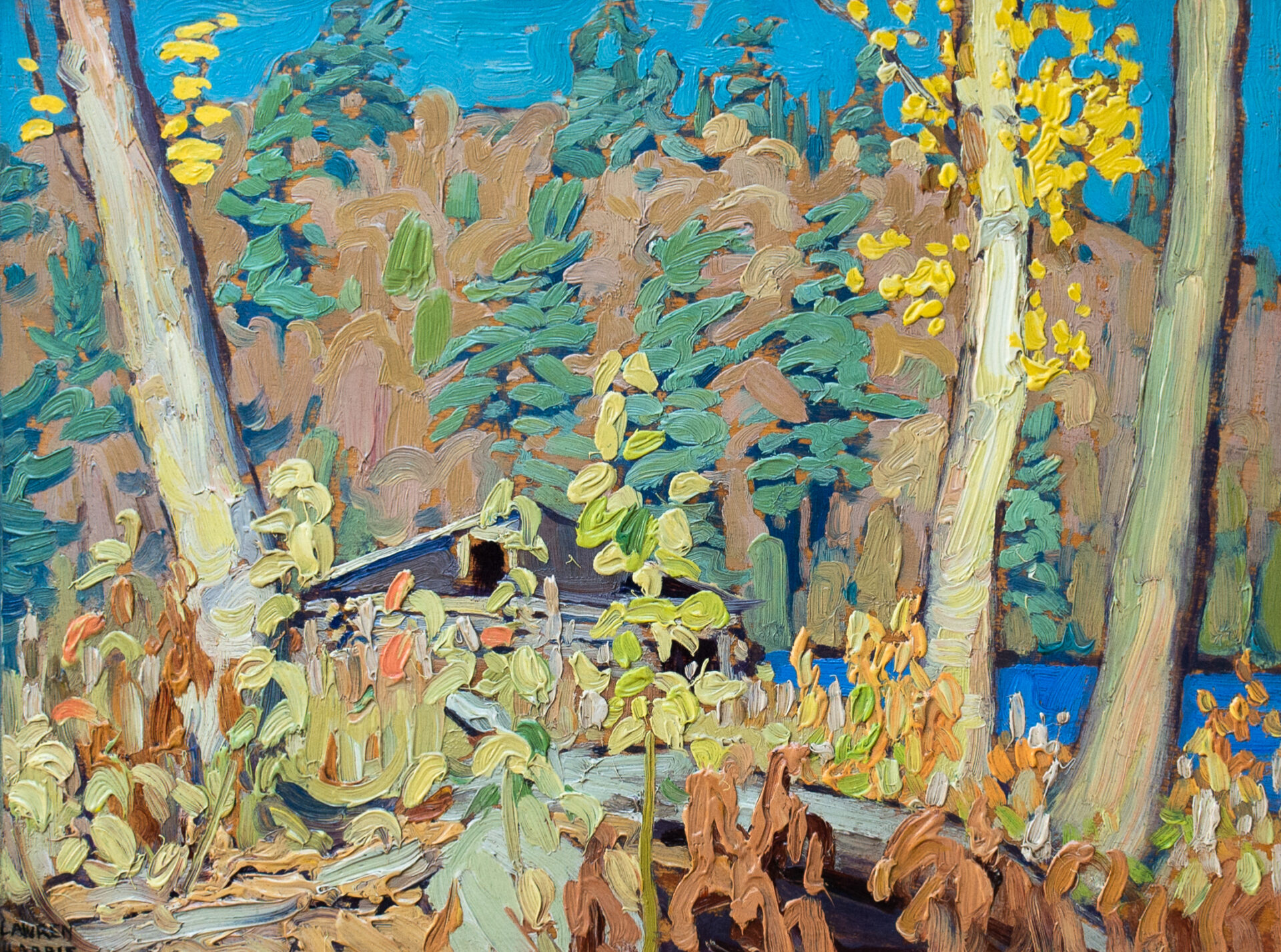