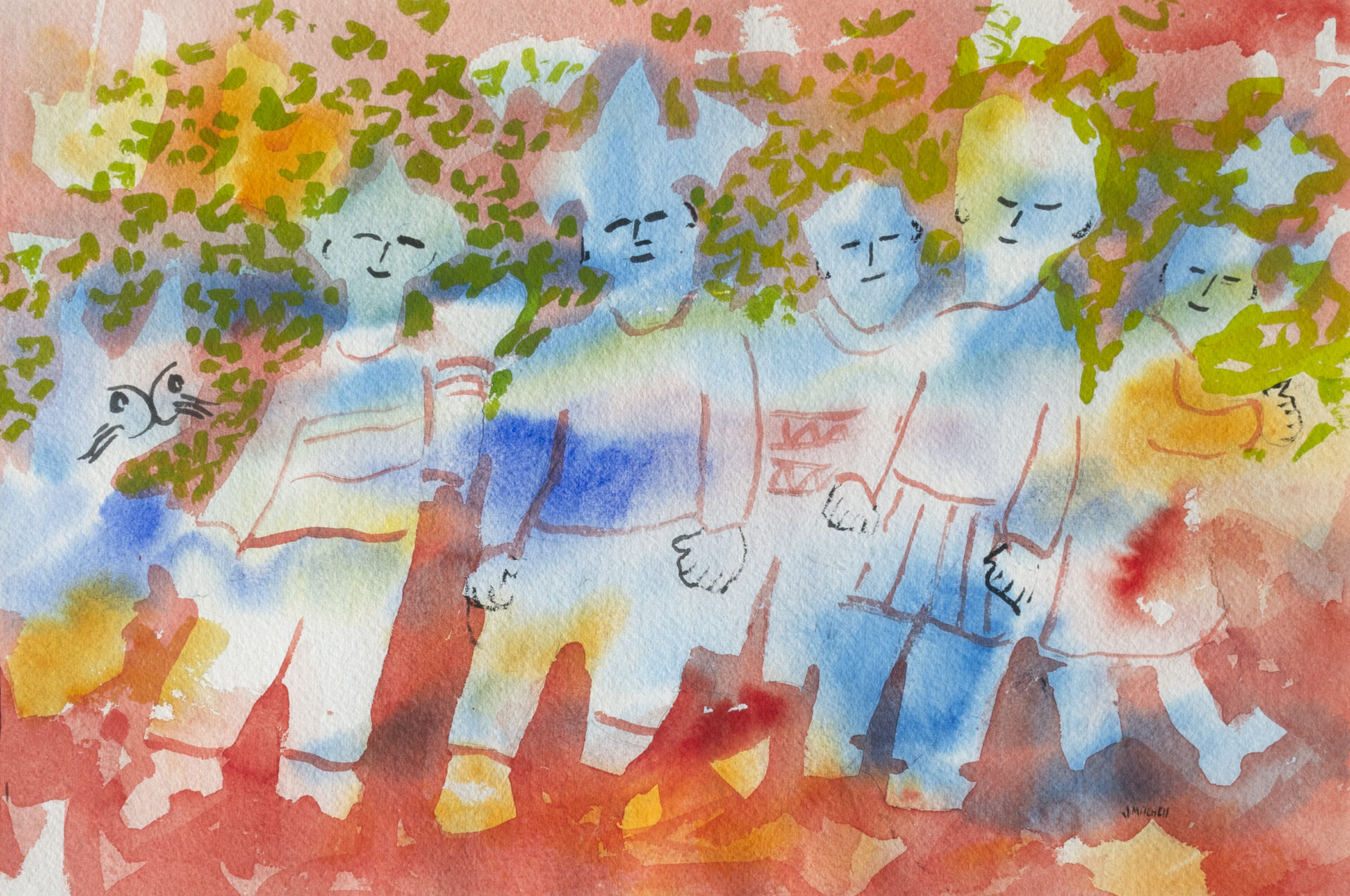 The work of Janet Mitchell imbues a playful, whimsical energy that is unmistakeable. “The more humorous things turn out,” she once said of her paintings, “the happier I am.”

In a career that spanned over 50 years, Mitchell walked a challenging path from the beginning. The artist spent most of her early adult life working to support her family while also dealing with chronic health problems. Her remaining free time was devoted to her practice, and it wasn’t until she was 50 years old that she was able to focus on her painting full time. Her drive to create art, though, was resolute, and in her later life she finally found long overdue recognition. Today, we celebrate her as one of Calgary’s most important modern painters.

Mitchell’s early work signals that of a classically trained Western Canadian painter – though she was mainly self taught, she was a member of the Calgary Sketch Club, and took classes at the Banff Centre where she was influenced by fellow artists Marion Nicoll and H.G. Glyde. Later in life, after exposure to the likes of Van Gogh, Klee and and Chagall, Mitchell was inspired to express more abstract thoughts and emotions in her work. Her paintings transformed, and became what we best know her for today: dreamlike images, wobbly figures, animals and landscapes, all surrounded by splashes of rainbow hues.

Masters Gallery has represented Janet Mitchell from the late 1970s, from her first “one woman show” in 1979, until her death in 1998, and proudly continues to represent her work today. We’re pleased to feature a wonderful selection of her work on view in the gallery and online. 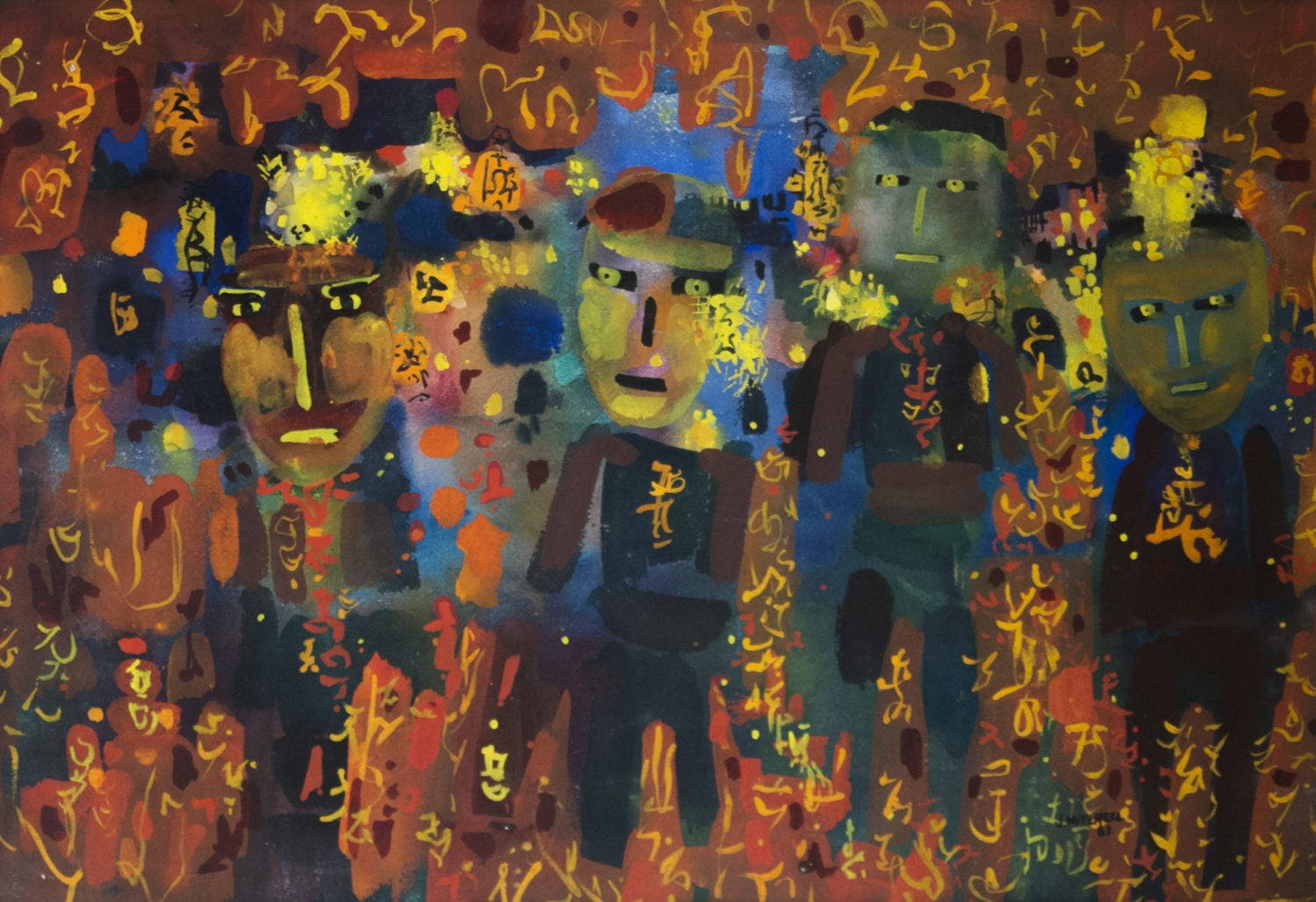 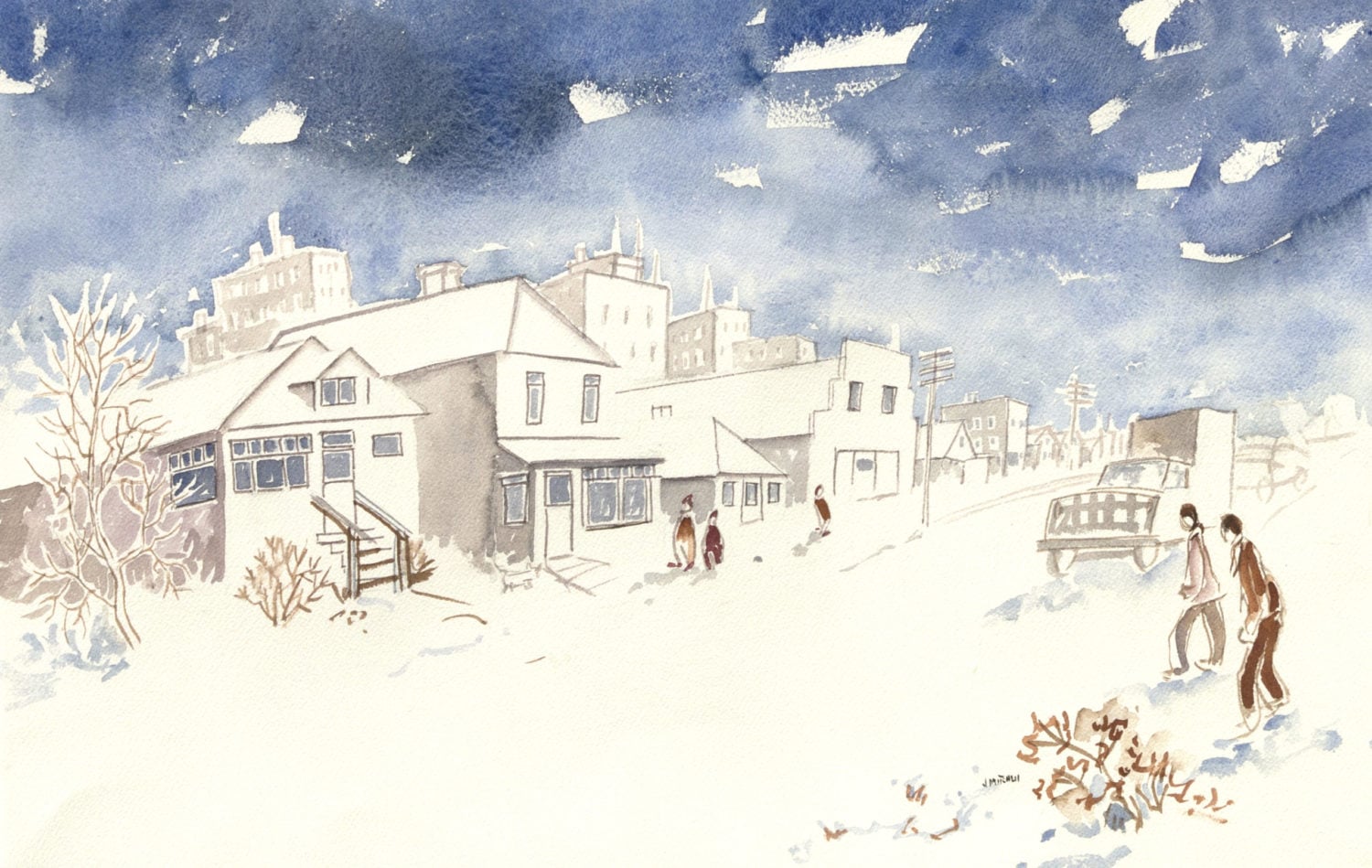 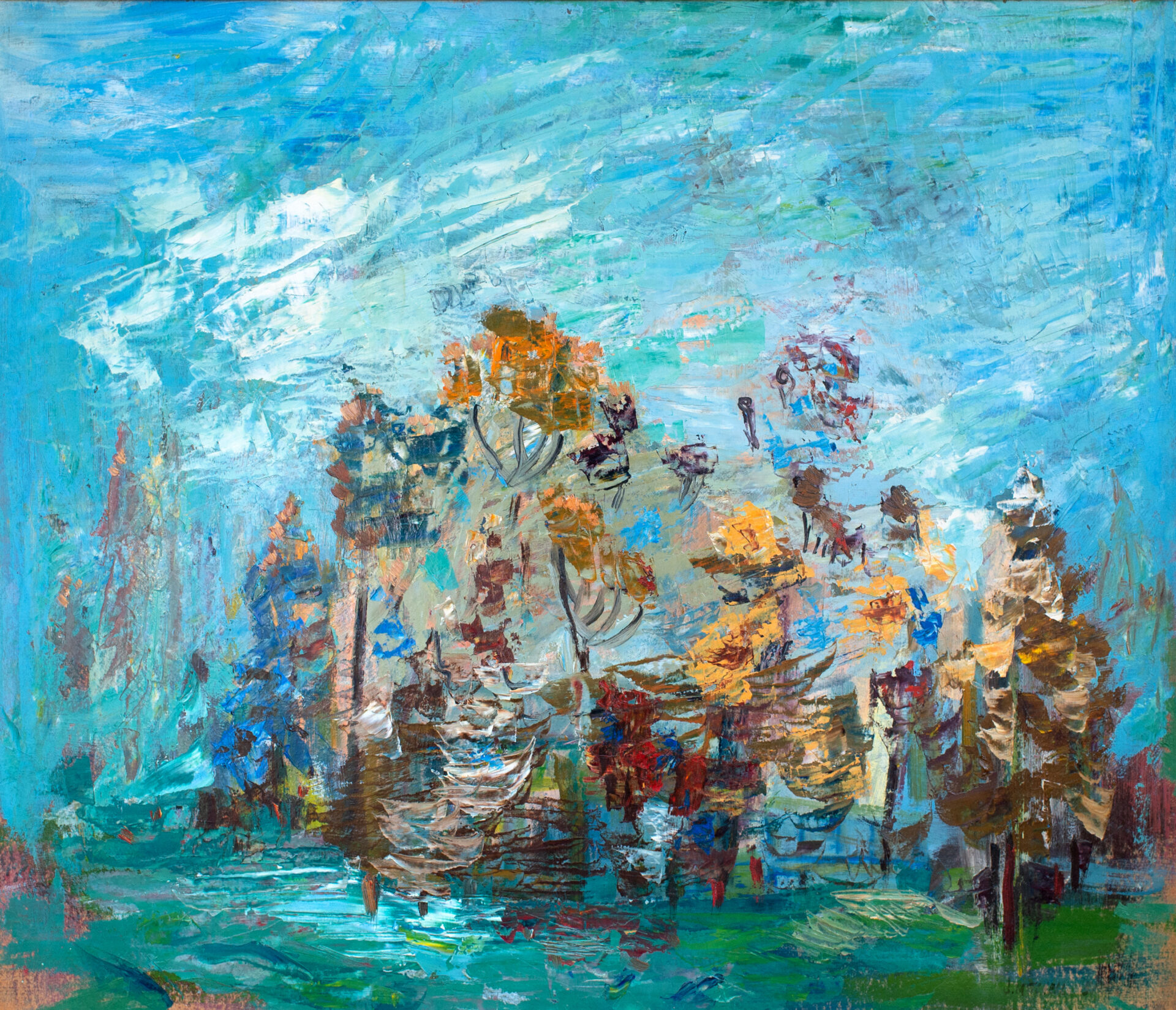 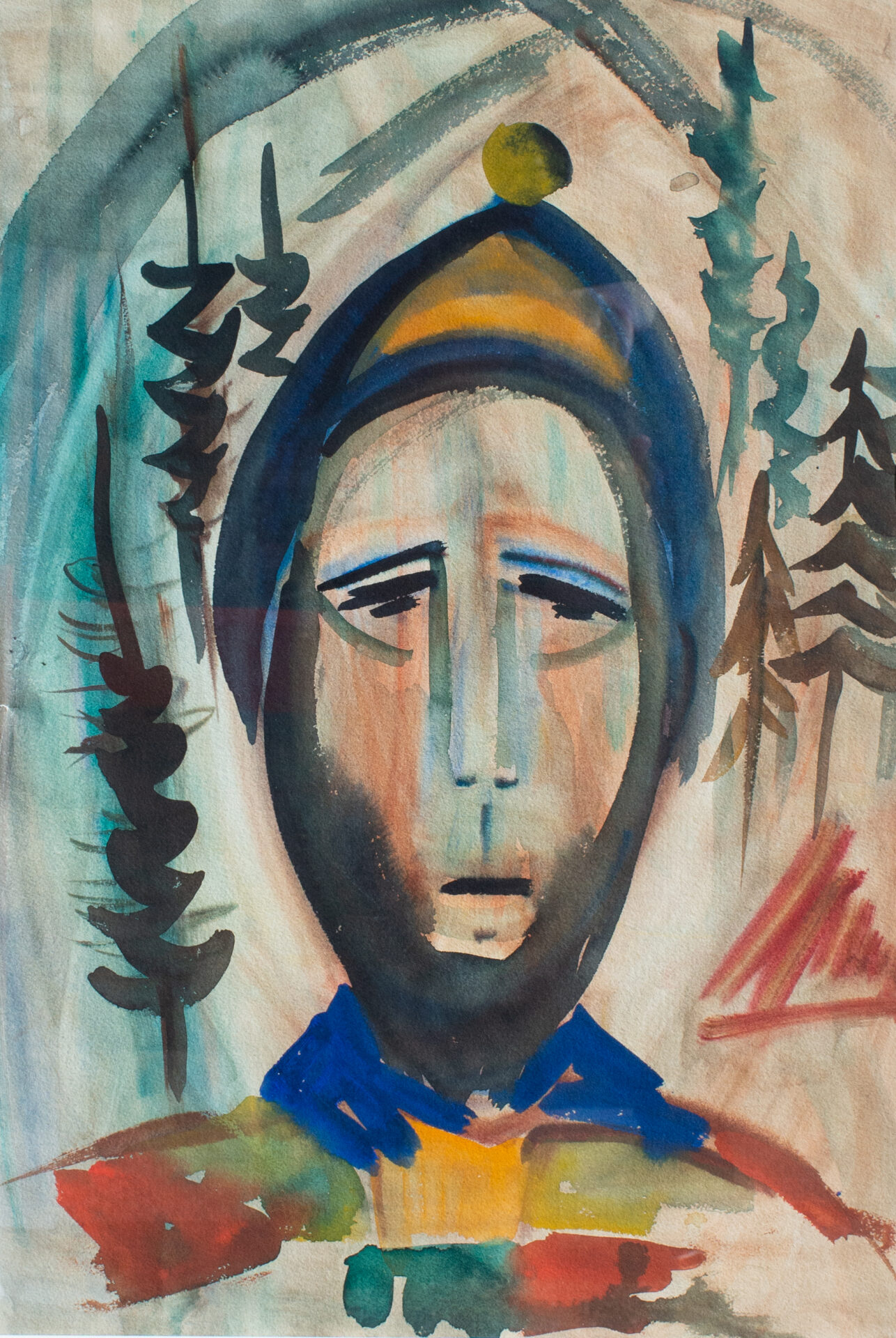 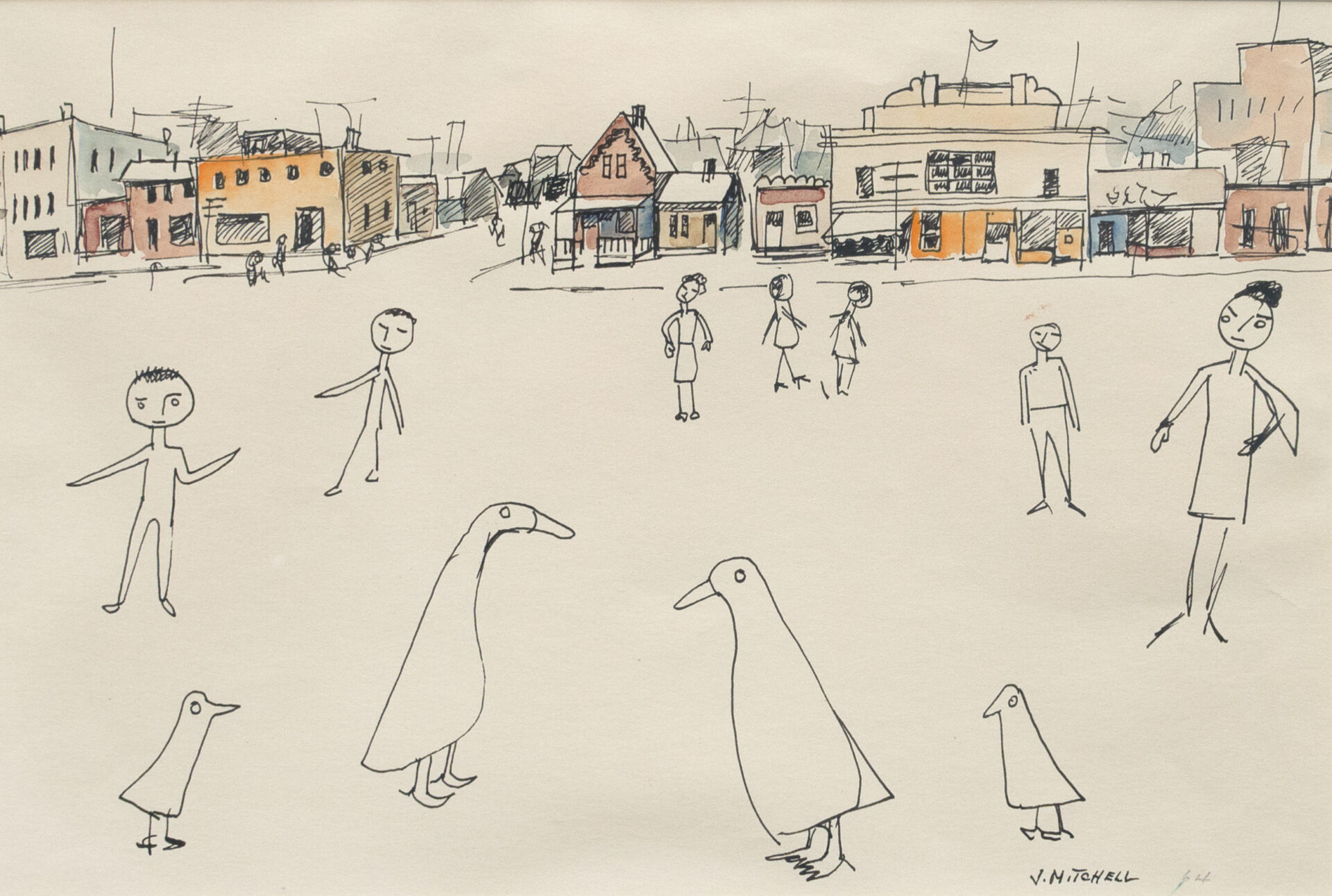 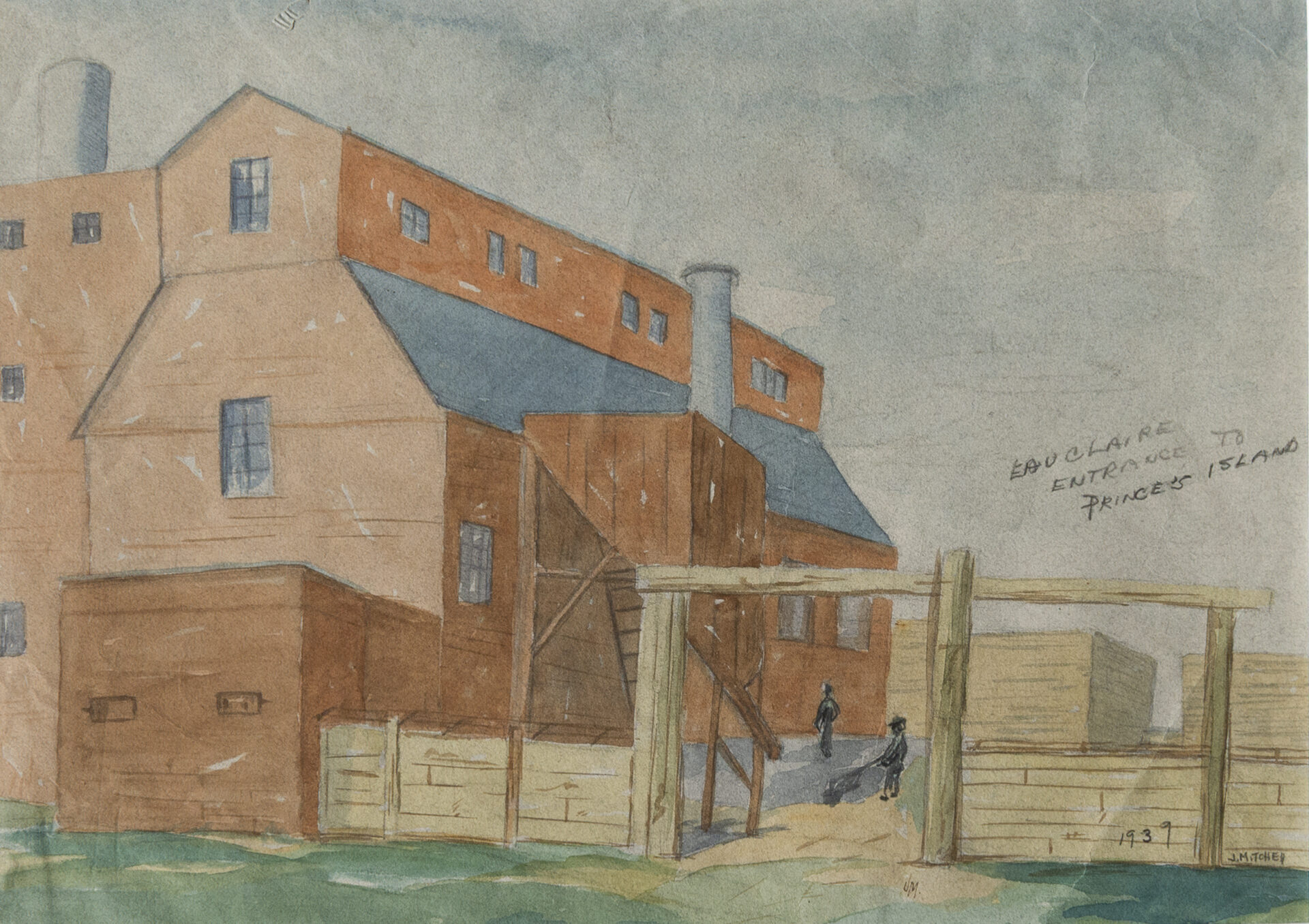 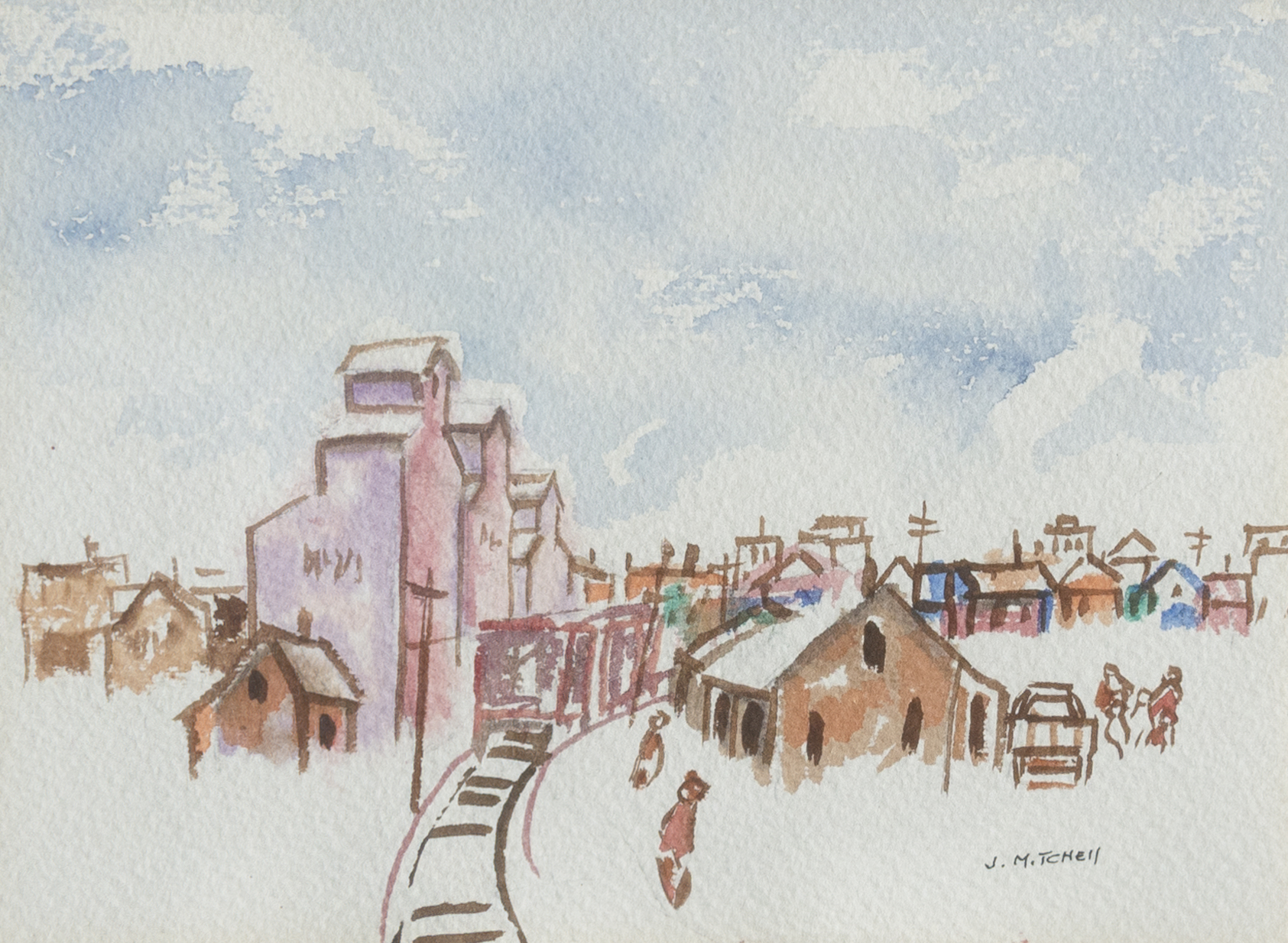 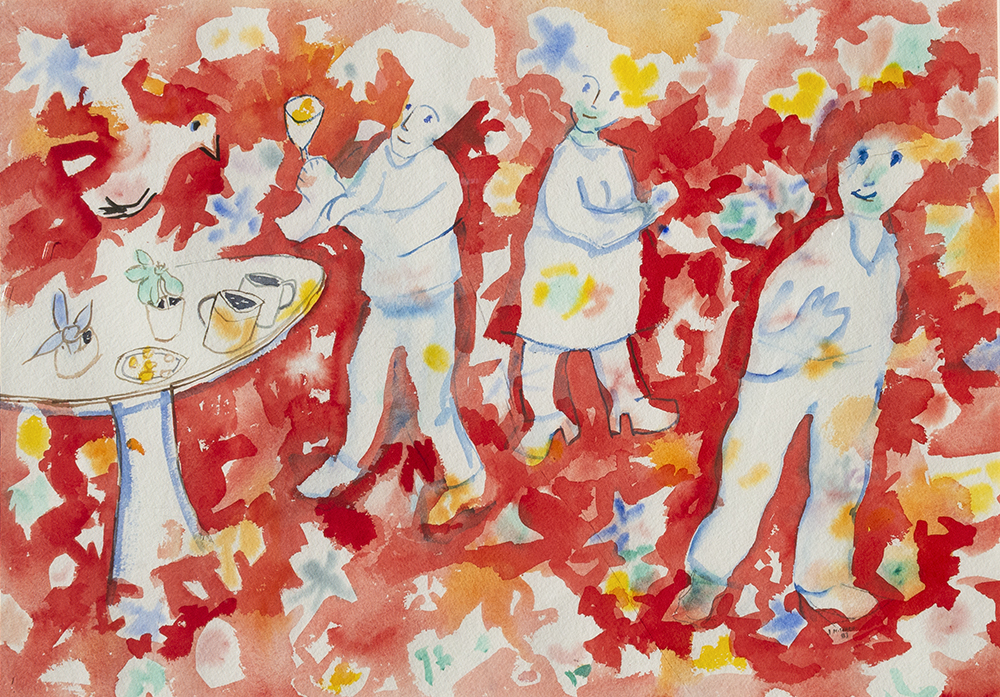 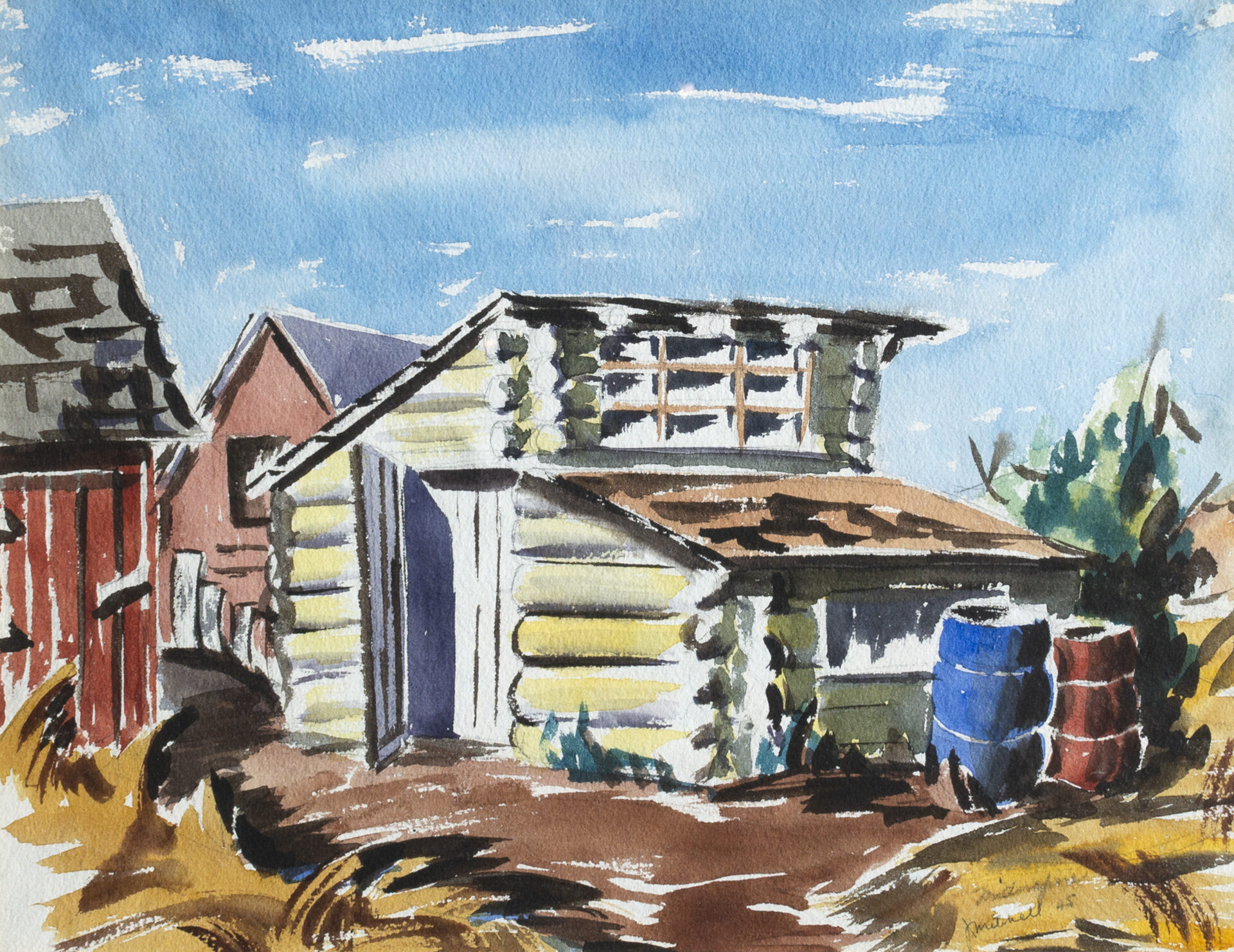 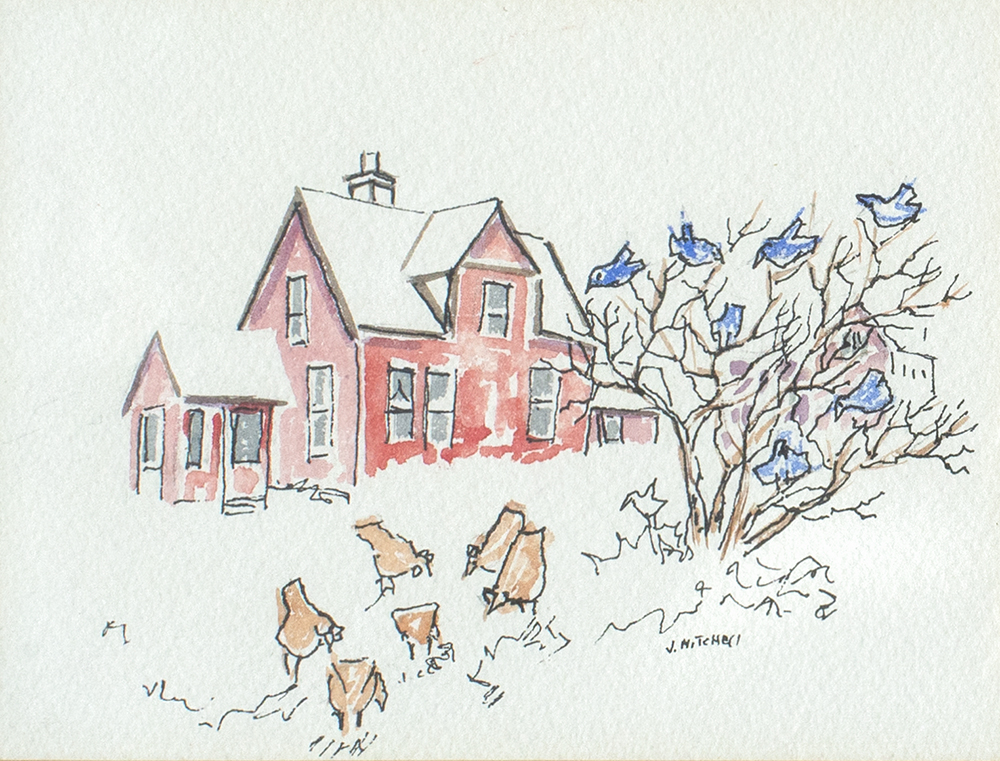 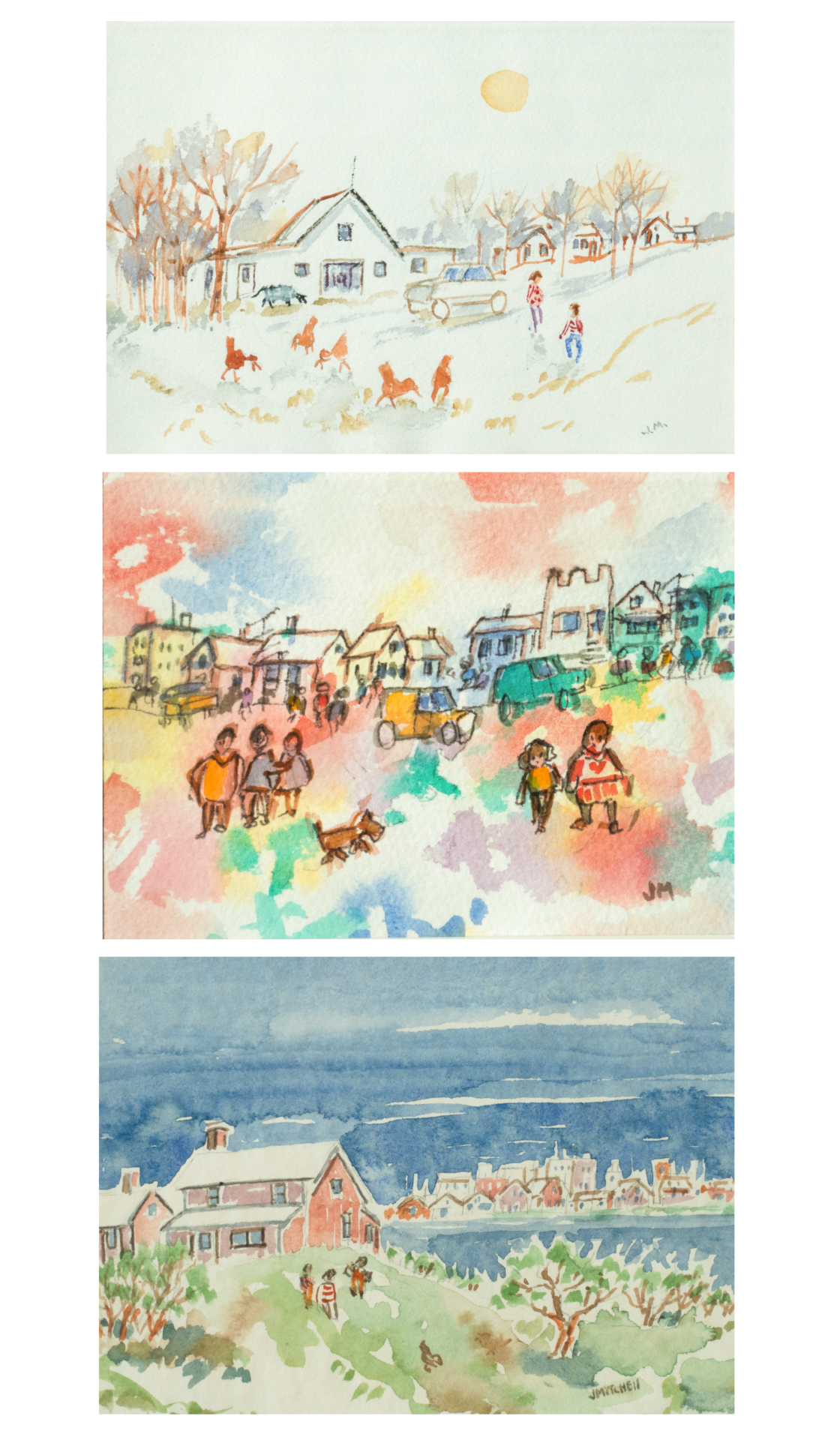