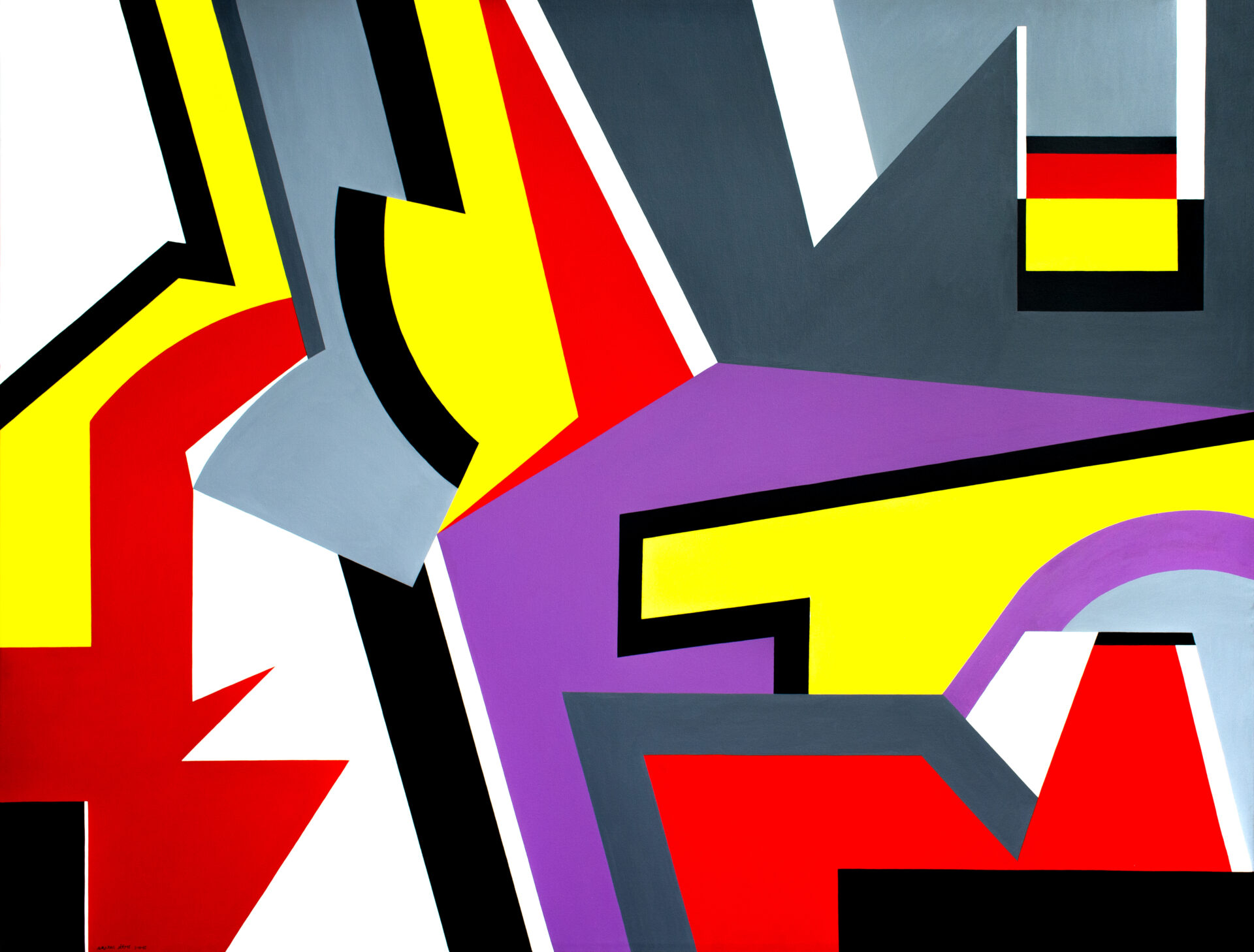 Jean-Paul Jérôme was one of the founding members, along with Rodolphe de Repentigny (alias Jauran), Louis Belzile and Fernand Toupin, of the first group of Plasticien artists, a linchpin of Canadian abstraction. However, we are only just beginning to fathom the soul and mind of this artist, who with his three friends co-signed the Manifeste des Plasticiens, written in 1955 by Jauran, the group’s theoretician. Following the death of the latter in 1959, Jean-Paul Jérôme kept a lower profile. Indeed, the painter passed on only brief theoretical insights into his work and granted only a few interviews shedding light on what motivated his artistic choices. A solitary individual, married just for a short time and childless, given to introspection and an indefatigable worker, Jérôme devoted his life to art, initially in parallel with teaching, notably at Montréal’s École des beaux-arts, from 1958 to 1973, and then exclusively until his death in 2004, after a 60-year-long career. His critical fortunes, while ongoing and complex, do not enable a deeper comprehension of the person. Jean-Paul Jérôme remains a laconic, mysterious, totally independent figure. It is as if the man, in keeping with his true nature, had deliberately wanted to disappear behind the work.

The exhibition Jean-Paul Jérôme: Theme and Variations highlights a variety of works executed from 1985 to 2003, a selection that clearly illustrates the energy and vigour characterizing the art created by Jean-Paul Jérôme. From gestural experiments in drawings and collages to works with Constructivist and colourful geometric compositions, it brings together key examples of his post-Plasticien oeuvre. Sincere in his fidelity to the Plasticien movement of his early career, until the very end of his life Jérôme would seek the purity and ideal perfection of abstraction. In this exhibition, the intimate presence of the artist is virtually palpable—only fitting for a man who, for so many years, put his very soul into his painting.